Rainy pattern continues for week ahead & latest on Beryl & Chris

No real changes to the forecast for the work week meaning we will have partly sunny skies in the morning followed by scattered showers and storms during the afternoon. 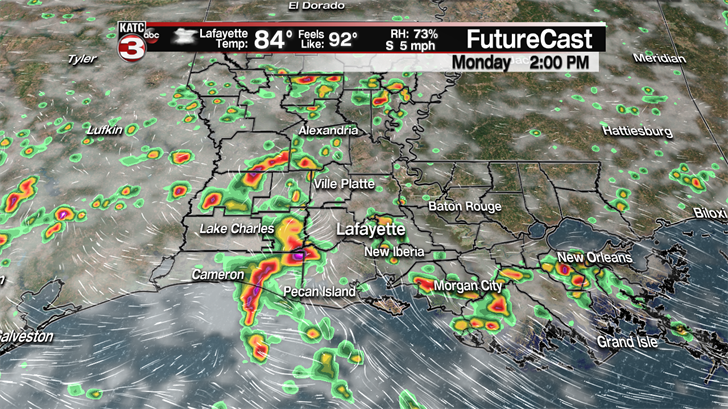 Any of these passing showers or storms will be capable of producing periods of heavy downpours, rumbles of thunder and lightning and gusty winds up to 30-40 mph.

Tuesday a weak area of high pressure could move over Acadiana dropping rain chances down to about 20-30% but every other day this week rain chances will be up around 40-60% during the afternoon hours. 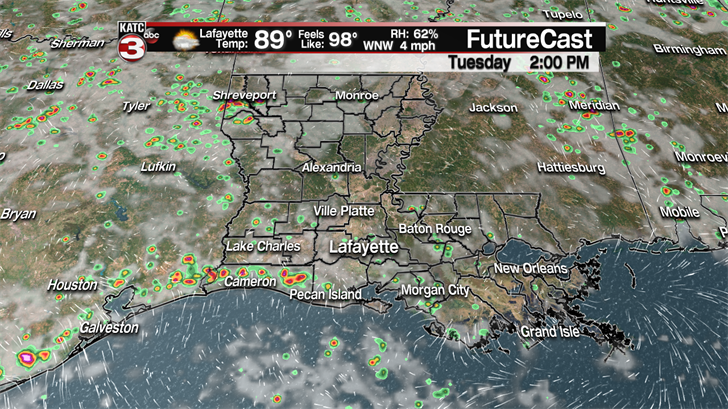 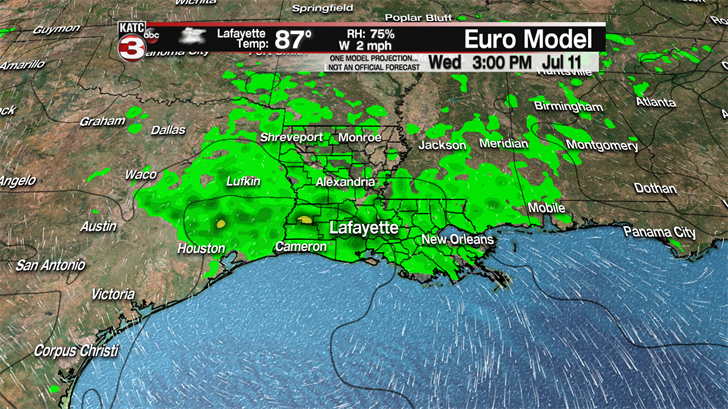 When it is not raining it will be on the hot and humid side with highs in the upper 80s to lower 90s and feel like temperatures pushing the upper 90s to near triple digits.

So, if you have to work outside this week make sure you still drink plenty of water and stay hydrated.

Also, if you are taking the kids to the pool this week remember if you hear thunder or see lightning it is time to get the kids out of the water.

Unfortunately it looks like the unsettled pattern with decent rain chances will linger into the weekend as well so again the best bet to get outdoor plans in will be during the first of the day on Saturday and Sunday. 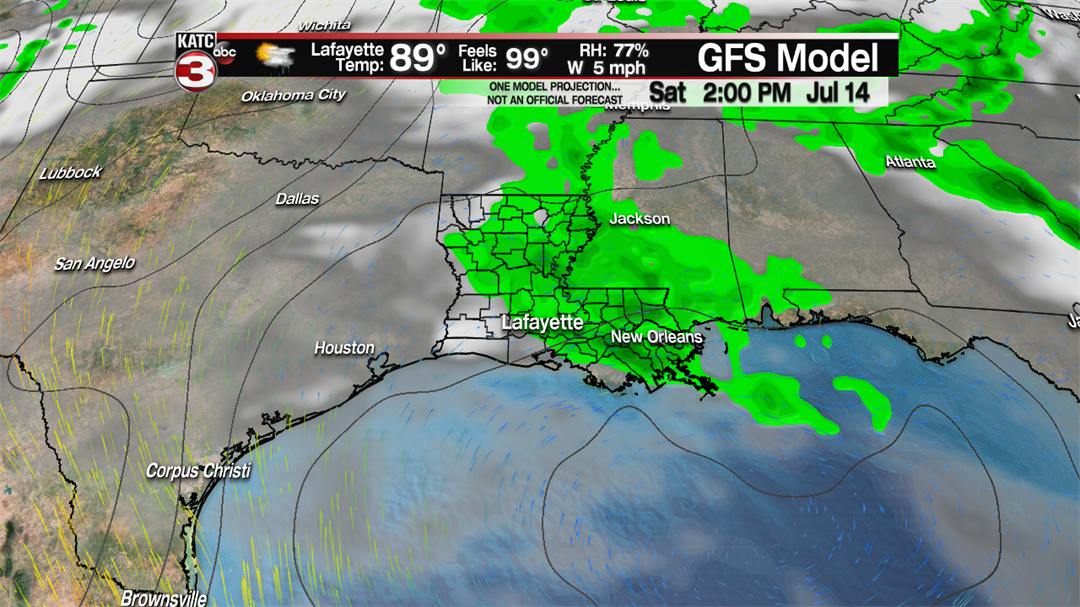 In the Atlantic Tropical Storm Chris is slowly beginning to strengthen with sustained winds now up to 50 mph and gusts reaching 60 mph. 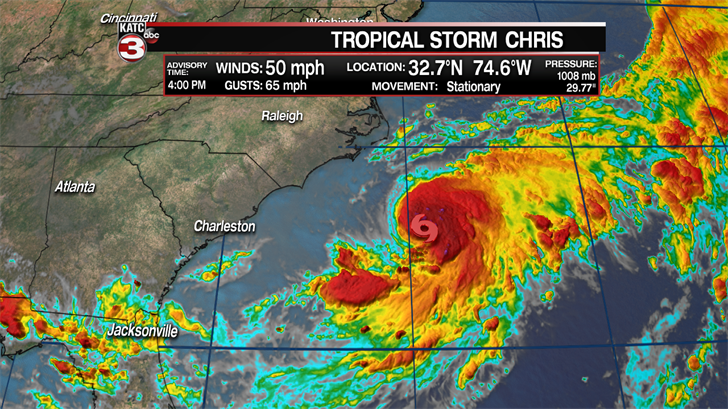 As Chris spins over relatively warm water it will gradually strengthen possibly becoming a hurricane late Monday evening or early Tuesday as it eventually heads to the NNE, staying away from land. 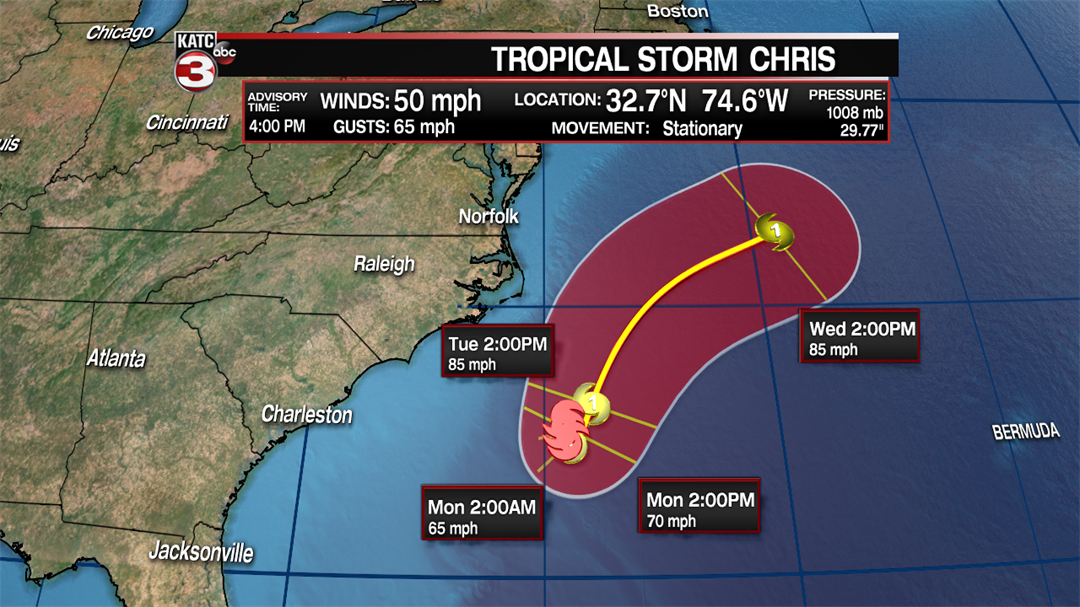 By the end of the work week Chris should pick up speed and race off towards the north Atlantic sea where it will weaken as it moves over cooler waters. 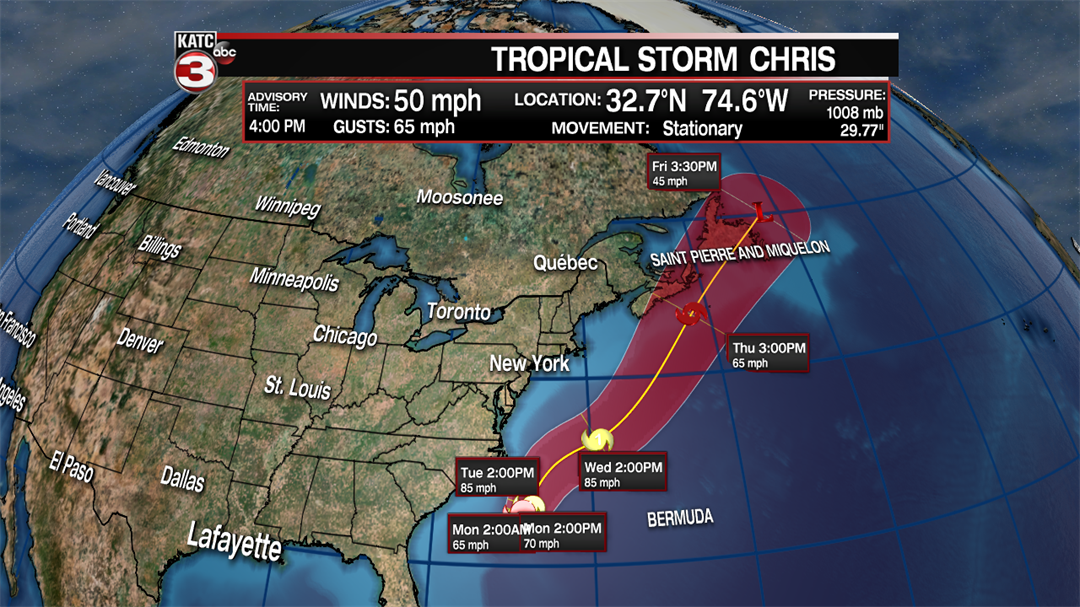 As for Beryl it has lose its circulation and tropical characteristics making it just a remnant low with winds of 45 mph and gust up to 60 mph. 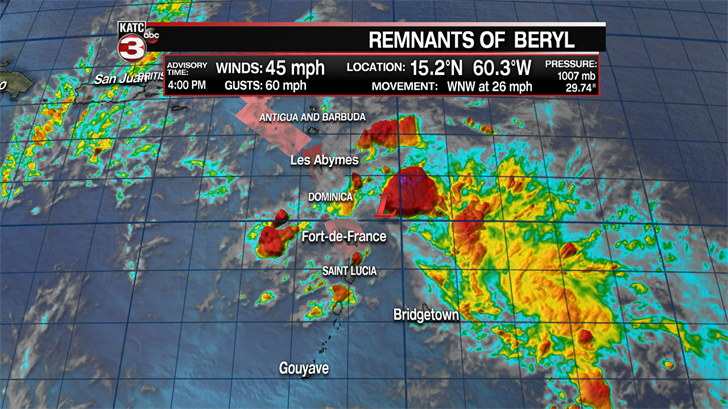 What’s left off Beryl is racing towards the island of Dominica and will produce heavy rains and tropical storm force winds to the island as a Tropical Storm Watch remains up for the island. 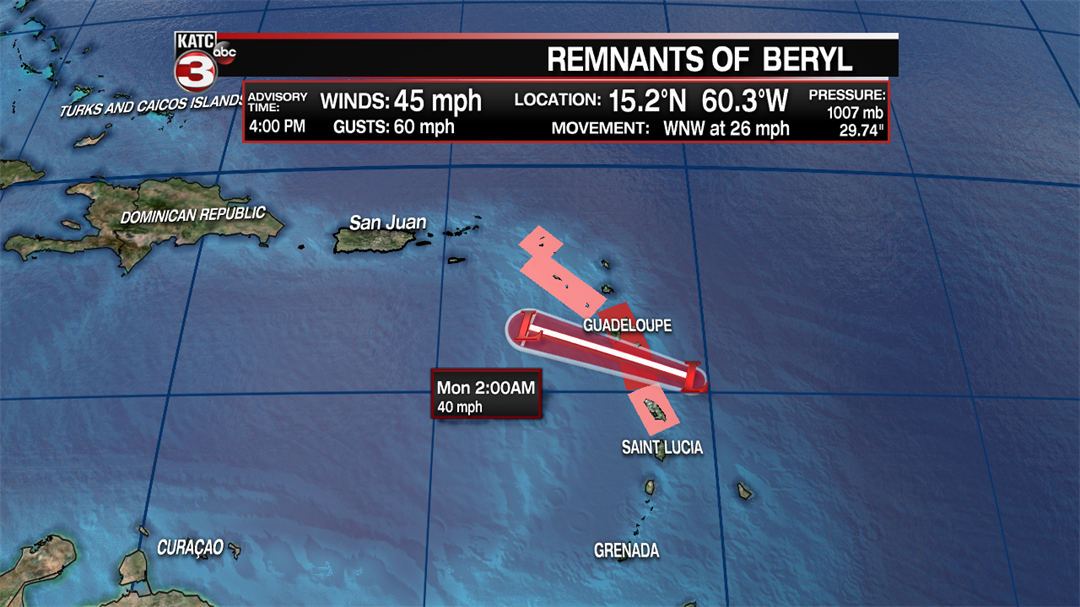 After pushing across Dominica and moving into the Caribbean Sea the remnants of Beryl will encounter strong wind shear weakening the system even more but it still could produce some rainy weather with 30-40 mph gusts for Puerto Rico and the Virgin Island late Monday and into Tuesday.

The National Hurricane Center will still be watching this area of showers and thunderstorms as there is a 30% it could redevelop into a tropical system once it moves over the warmer waters near the Bahamas and the upper level wind shear relaxes later this week.