The weak frontal boundary that sparked off the heavy downpours Saturday afternoon will still be located over Acadiana Sunday morning providing the chance for some scattered showers and storms to begin the day, especially down along the coast. 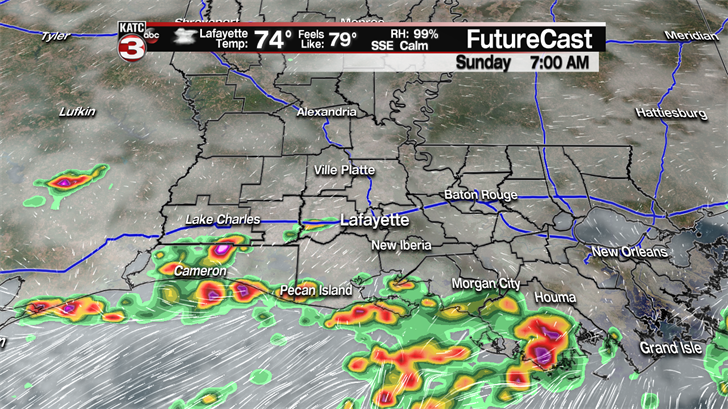 During the day the front will drift back to the north producing more scattered showers and thunderstorms across all of Acadiana. 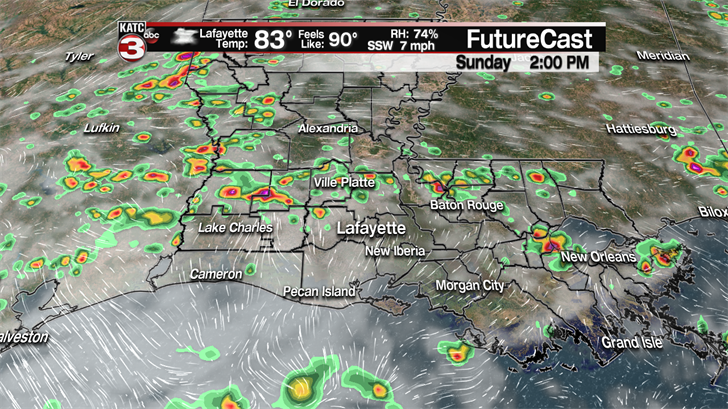 The pattern does not look to change much as we head back to work on Monday with a 40-50% chance for hit or miss showers and storms during the afternoon, so just keep the umbrella in the car as you might need it.

Tuesday it does look like high pressure will move over Acadiana helping to drop rain chances down to about 20% with partly cloudy skies.

However, Wednesday through Friday it is back to the unsettled summer time pattern with partly sunny skies in the morning followed by scattered showers and storms during the afternoon as a couple upper level waves work across the region. 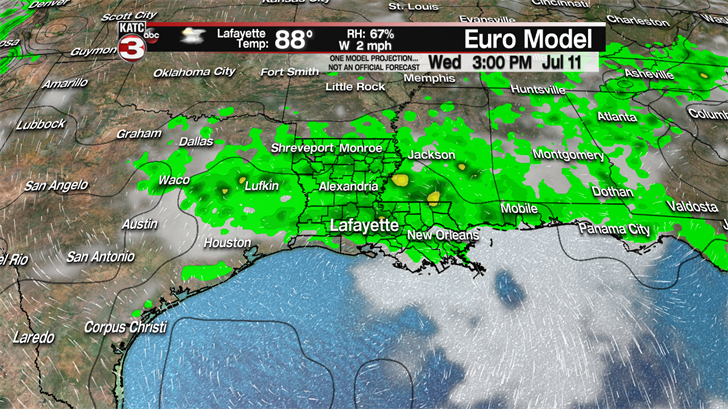 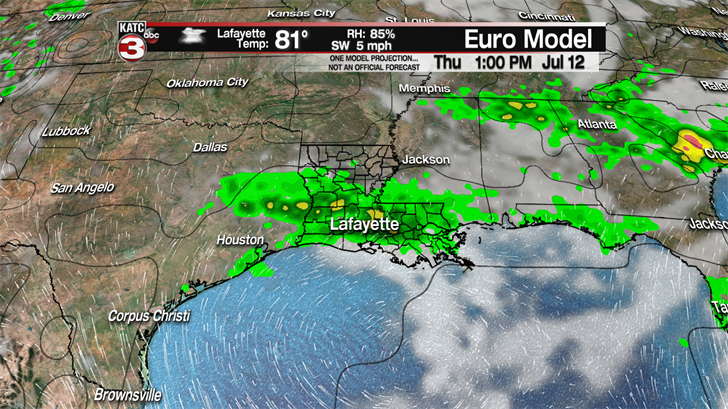 Looking ahead to next weekend you might luck out if you have outdoor plans as the models are indicating lower pops for showers and storms during the afternoon as rain chances will be around 30%.

But with less rain that means the heat and humidity will be back up to July standards with highs in the low to mid 90s and feel like temperatures in the triple digits.

In the Atlantic Tropical Depression 3 continues to spin a couple hundred miles off the Carolina coast with sustained winds of 35 mph and gusts up to 45 mph. 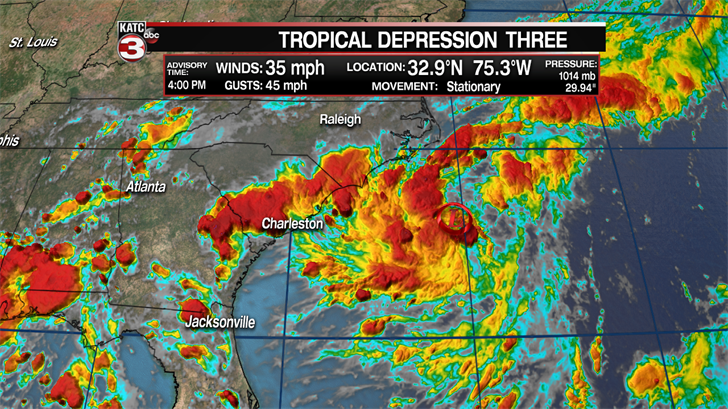 The depression is stationary right now but is expected to slowly drift away from land to the east and strength becoming Tropical Storm Chris later tonight or early Sunday morning. 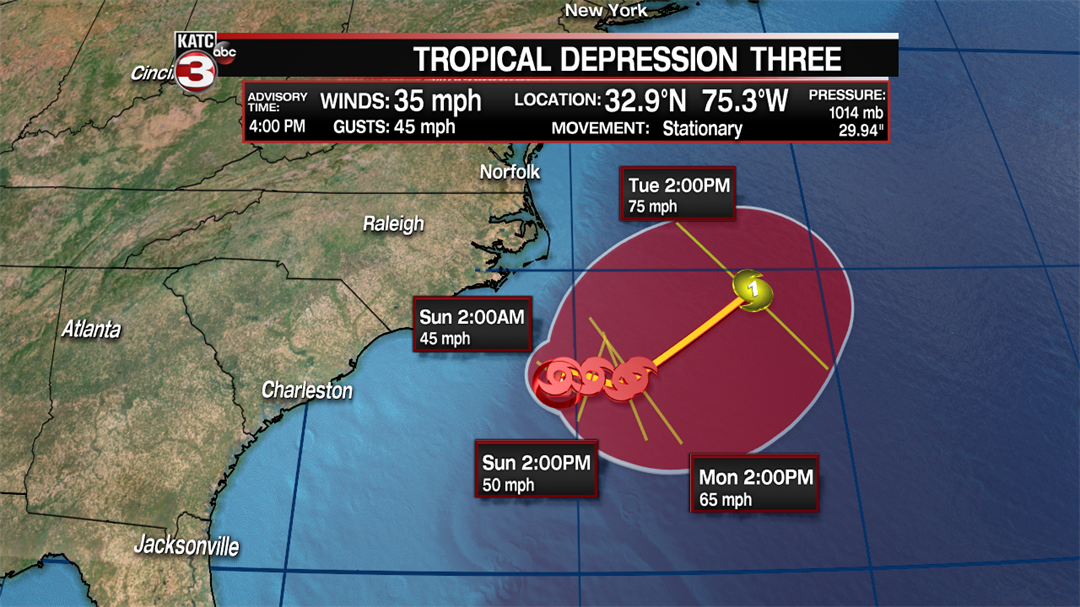 As the storm then moves to the NNE and moves over warmer waters it could intensify into a hurricane by Tuesday afternoon before it then weakens as it races off to the North and moves over cooler waters.

Outside scattered showers and storms and rough seas for the Carolina coast this system is not expected to have much of an impact on the United States.

Farther out in the tropics Beryl continues to gradually weaken with winds now down to 50 mph with gusts up to 60mph. 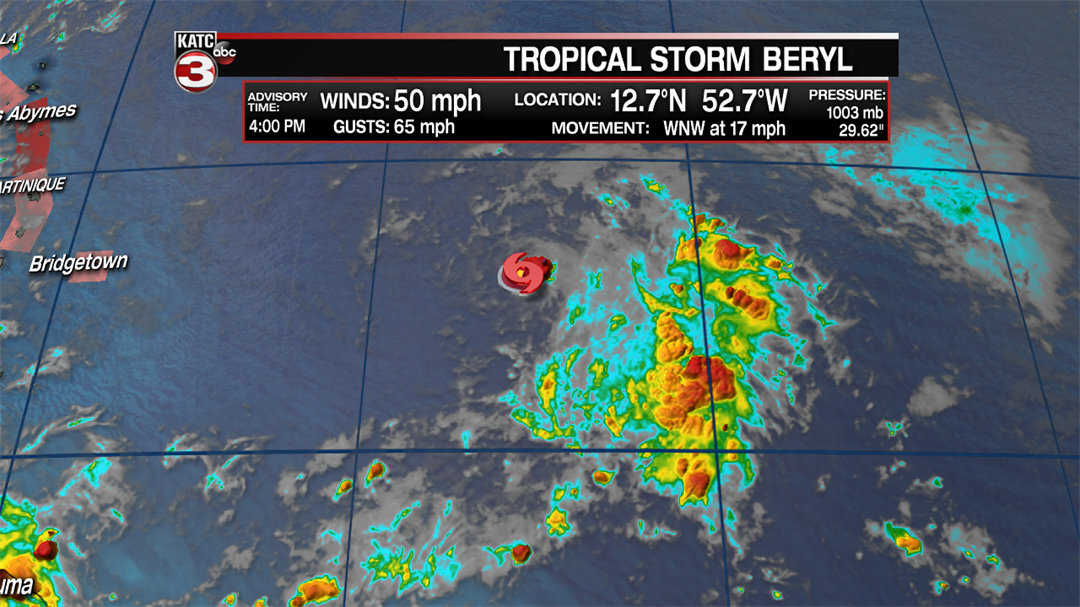 Beryl remains a very small storm with not much convection around it which is allowing the center to quickly push off to the WNW at 17 mph and head for the Lesser Antilles Islands.

Tropical Storm Warnings have been issued for Dominica as they are in line to receive the direct hit from this weak tropical storm late Sunday evening. 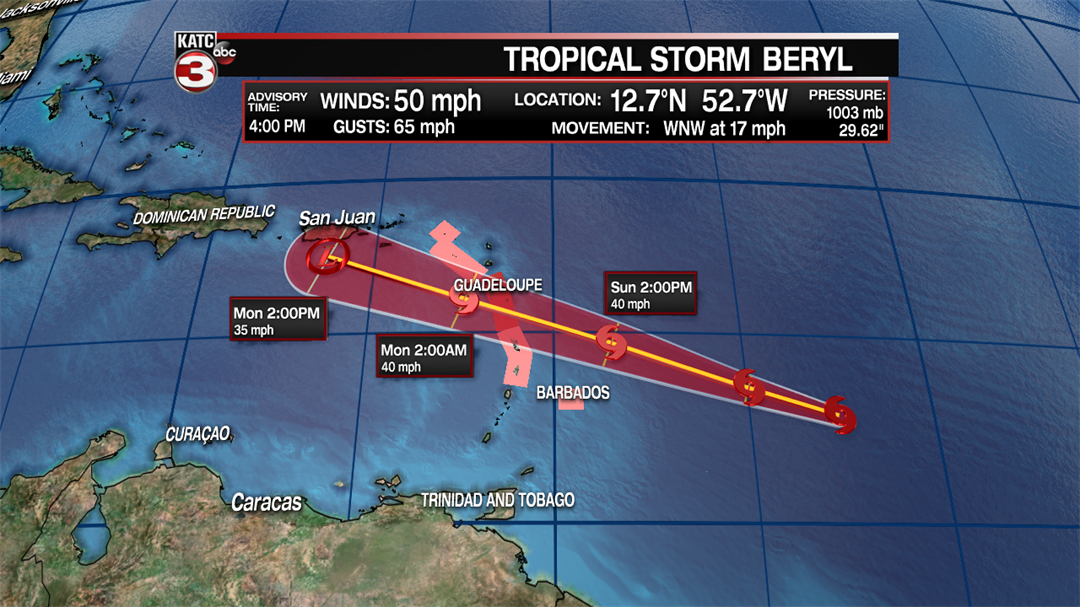 Once it crosses into the Caribbean Sea Beryl will head towards the south side of Puerto Rico but the storm is expected to encounter unfavorable conditions with lots of wind shear that  should weaken Beryl to a tropical depression or tropical low as it moves towards Puerto Rico.