A nice start to our Friday with lots of sunshine helping to quickly heat things up across Acadiana as highs will head for the lower 90s with feel like temperatures pushing the upper 90s to near triple digits.

Now, the upper level low that brought Thursday’s showers and storms is still located directly to our south in the Gulf of Mexico so later this afternoon that system could send us another wave of scattered showers and storms for Acadiana, especially for areas along and south of the interstate. 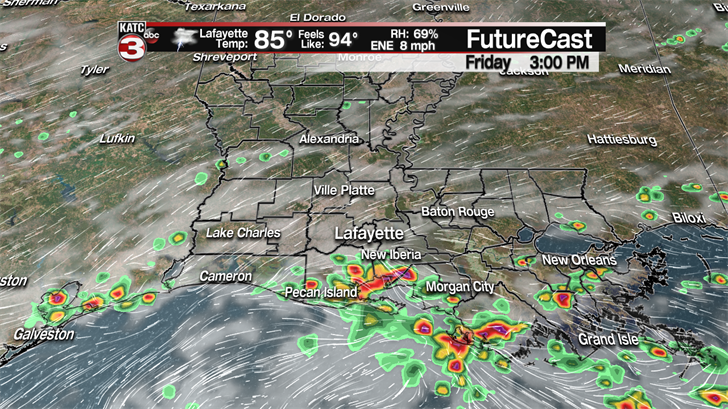 These showers will fade during the evening so it should be a nice night if you have any plans tonight with temperatures falling into the lower 80s and upper 70s.

If you have outdoor plans this weekend Saturday morning looks to be the best bet for dry weather with partly cloudy skies before a frontal boundary slides down into Acadiana during the afternoon sparking off another round of showers and storms. 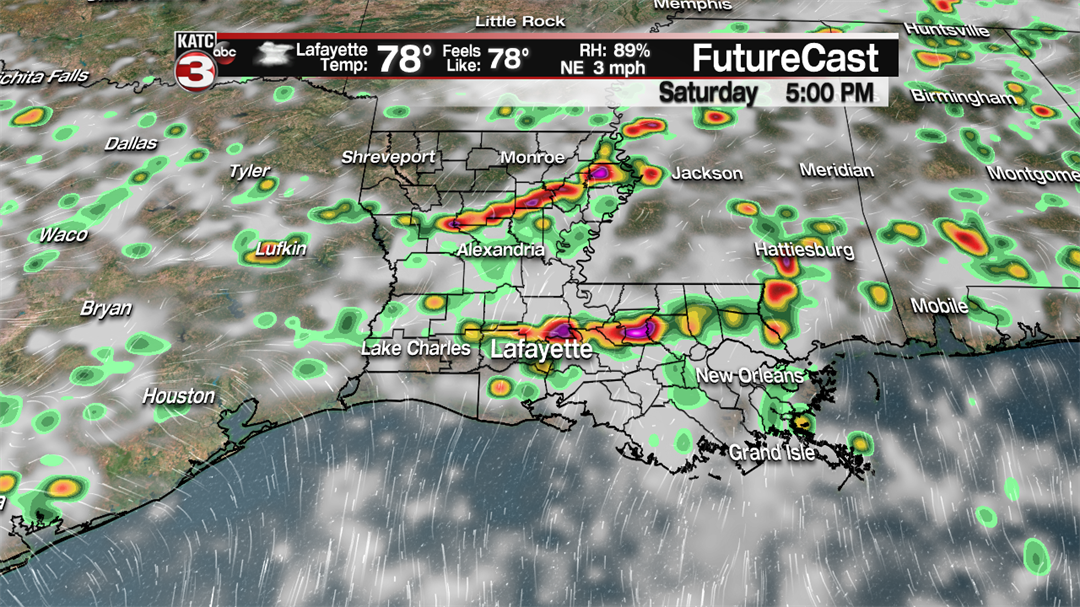 The front will then stall over the region on Sunday producing more scattered showers and storms on and off throughout the day. 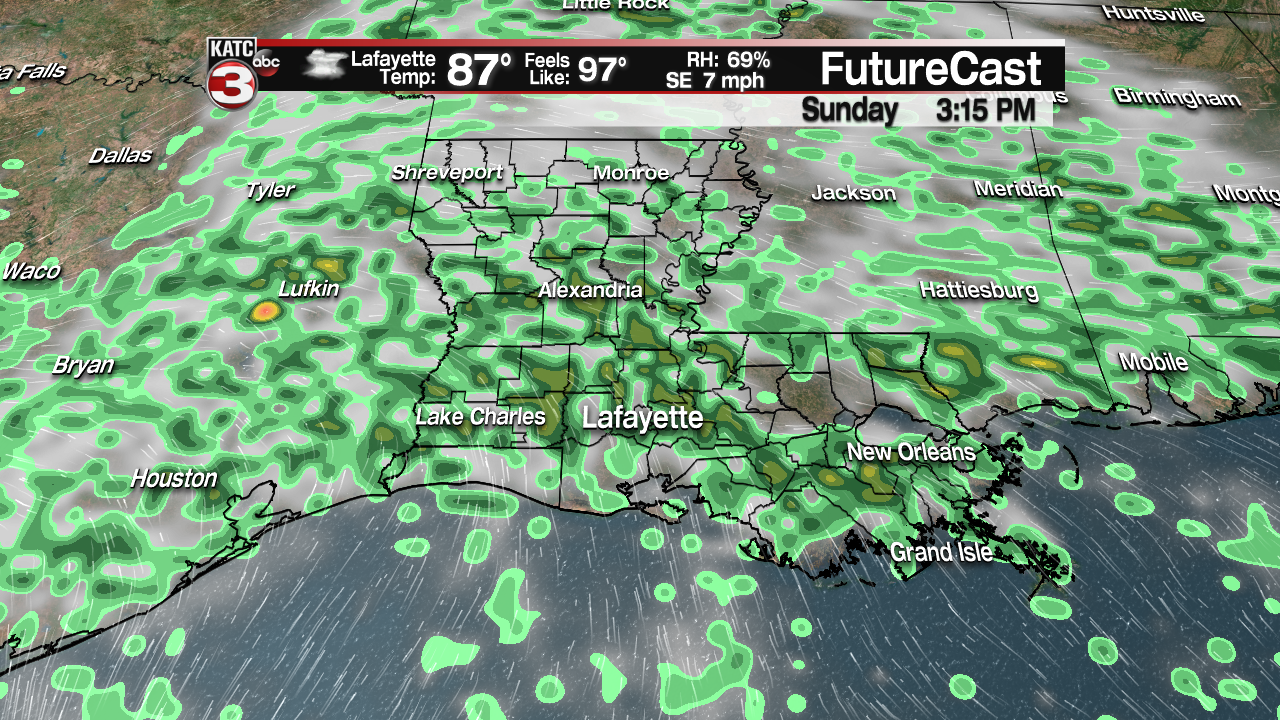 Heading back to work next week we return to a typical summertime pattern with hot and humid conditions with highs in the lower 90s and heat indices above the century mark.

Also, with all the moisture on the ground and in the atmosphere thanks to the daily showers this past week and likely this weekend we will have a decent chance(30-50%) for daily afternoon showers and storms firing up throughout Acadiana every day next week.

In the tropics Beryl has become the first hurricane of the 2018 Atlantic season with sustained winds of 75 mph and gusts up to 90 mph. 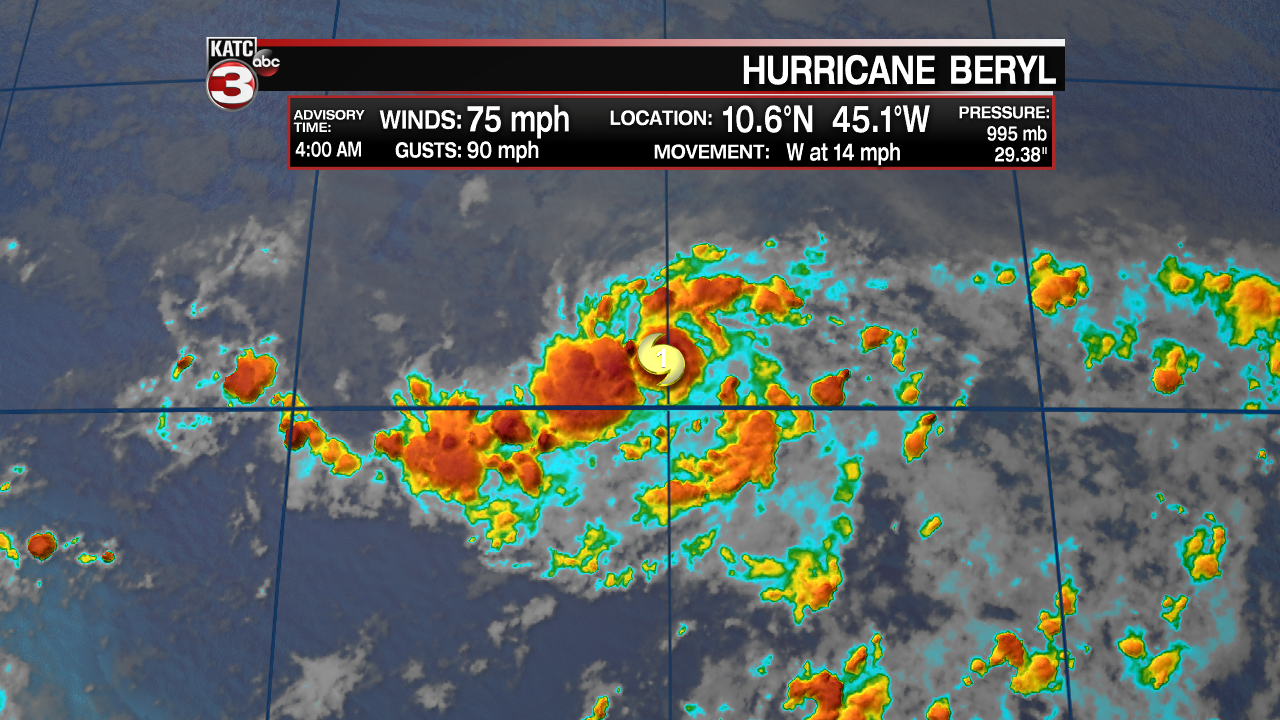 Beryl is moving off to the west at 14 mph but is expected to weaken back down to a tropical storm as it approaches the Lesser Antilles Islands Sunday evening. 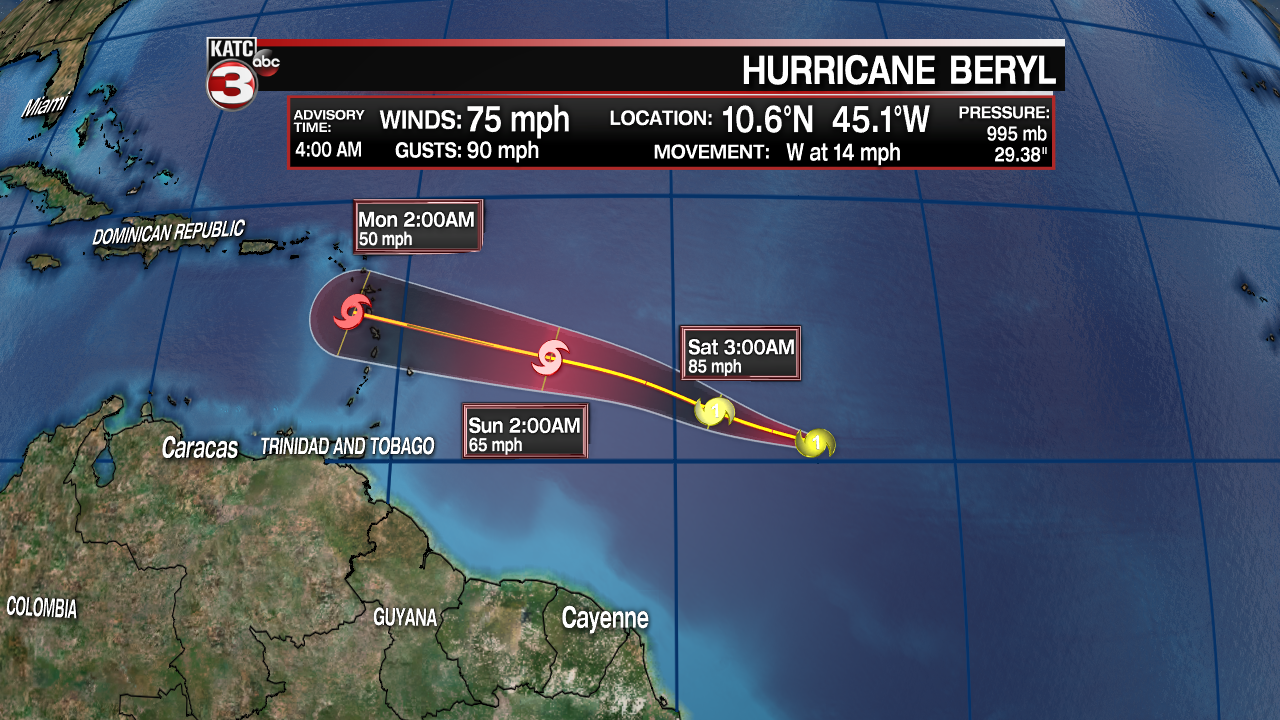 Once Beryl moves into the Caribbean it should encounter some strong wind shear tearing apart the system before it can make it into the Gulf of Mexico so we will not need to worry about this storm.

Also in the tropics the National Hurricane Center now gives an area of showers and storms just off the Carolina coast a 70% chance of developing into a tropical depression in the next 48 hours. 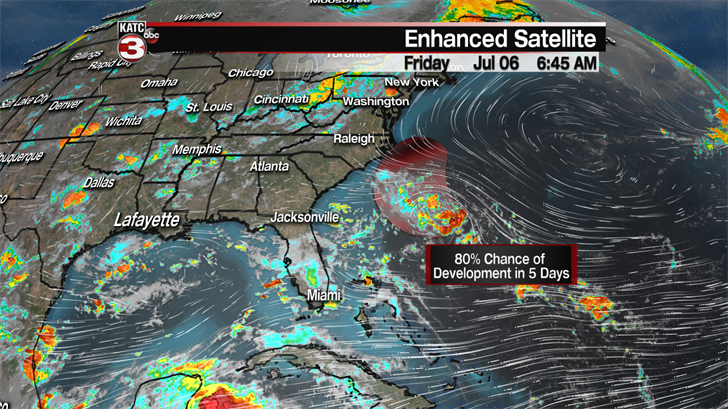 The showers and storms are beginning to form a close circulation but it is not expect to strengthen much beyond maybe a tropical depression this weekend as it meanders just off the coast, however it could cause some rough seas for the beaches of North and South Carolina.