Stormy weather picking up this weekend

The rain has been a necessary nuisance after a very dry start to the summer and it seems that these showers will likely persist for another few days through the weekend.

Friday’s showers don’t seem to be as widespread as what we’ve seen the last few days, but with all the moisture in the atmosphere the skies will be dotted with pop up thunderstorms through the afternoon.

It’ll take some time for the showers to get going though with the morning hours still mostly sunny and hot, highs should get up around 90 before the clouds settle in for the evening.

The weekend will be a little more unsettled with a meandering front sliding in and sparking another round of on again, off again showers that will continue through Saturday and Sunday.

Overall rain totals don’t look very impressive, however, as is the case this time of year one or two cells can cause some trouble on the roads with a heavy downpour and on a scale small enough that a model can’t pick it up.

So as always just make sure you stay aware of your surroundings this weekend and be prepared to take shelter from storms as they move in, especially if you’ll be out late in the day. 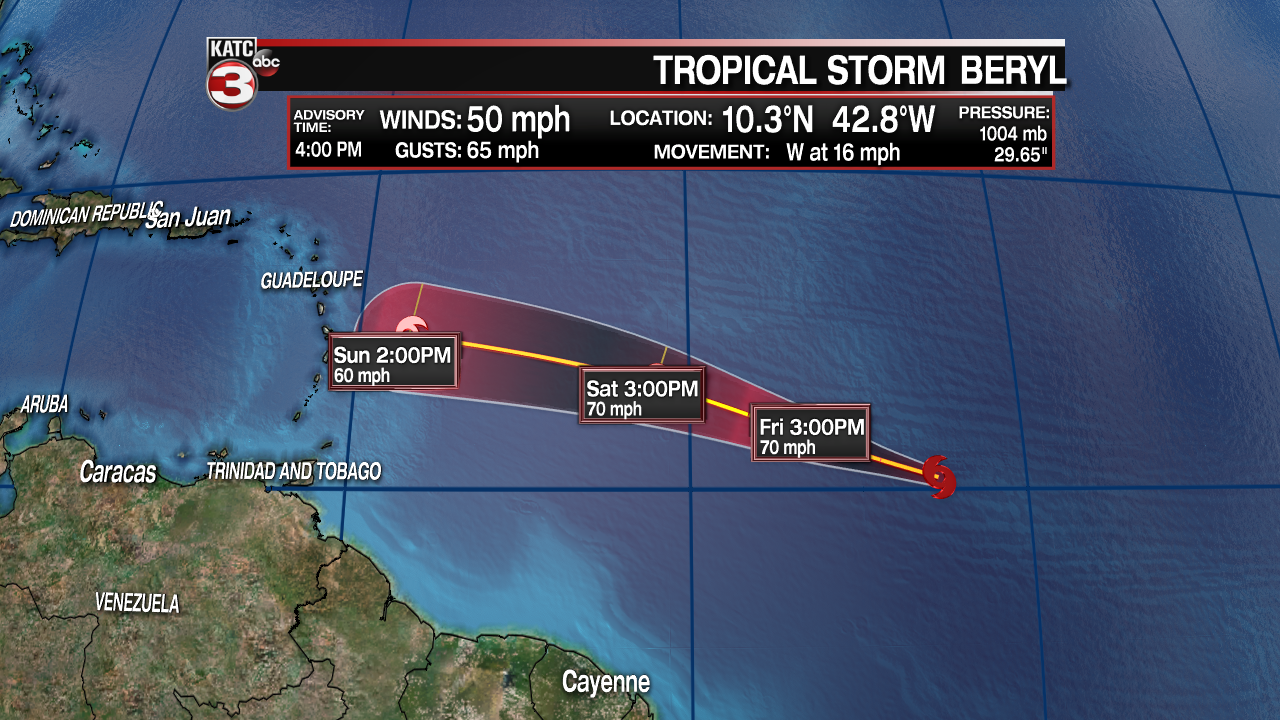 A quick tropics update now as you may or may not have heard Tropical Storm Beryl officially formed in the Atlantic Ocean, which happened basically out of nowhere.

Beryl won’t have much impact to anyone, it’s a tiny storm drifting through a very unfriendly environment for storms it is surrounded by dry air and high wind shear.

It likely won’t last longer then a few days and will be gone by the time it even reaches the Lesser Antilles so certainly nothing of concern for Acadiana or even Gulf Coast residence.