The system that brought the widespread showers and storms on Tuesday is sliding off to the west into Texas taking the majority of the clouds and rain with it as we have some sunshine even to start of our 4th of July.

However, that sunshine, mixed with all the moisture on the ground from yesterday’s rain, will lead to a 50-60% chance for scattered showers and storms later this afternoon. 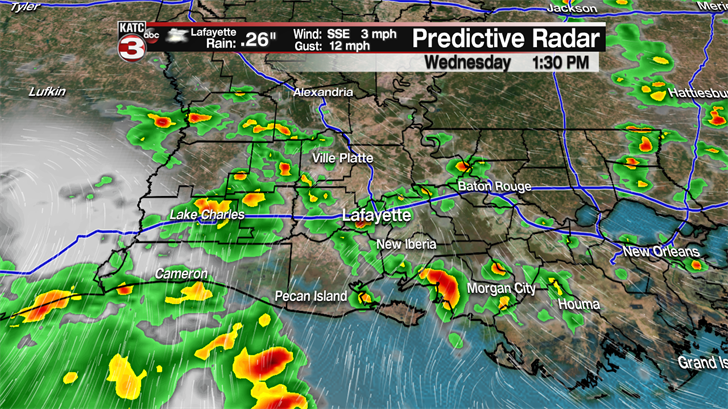 Now, these showers will be the typical summer time showers that pop up and will only last about 30-40 minutes so it will not be a wash out like Tuesday but they could still briefly interrupt your outdoor holiday plans.

The good news is the rain should come to an end as we move into the evening meaning we should have no issues later tonight for the firework displays. 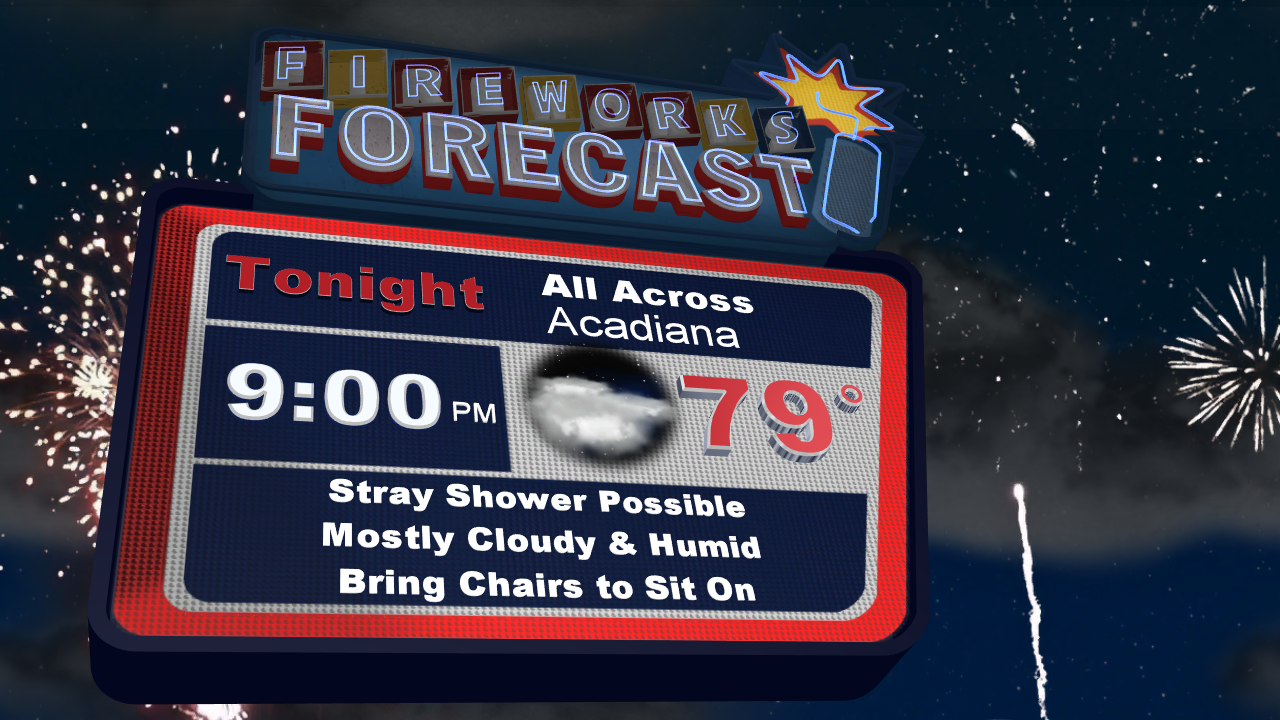 Thursday will be very similar to today with times of morning sunshine followed by increasing clouds during the afternoon and a decent chance (60-70%) for scattered showers and storms. 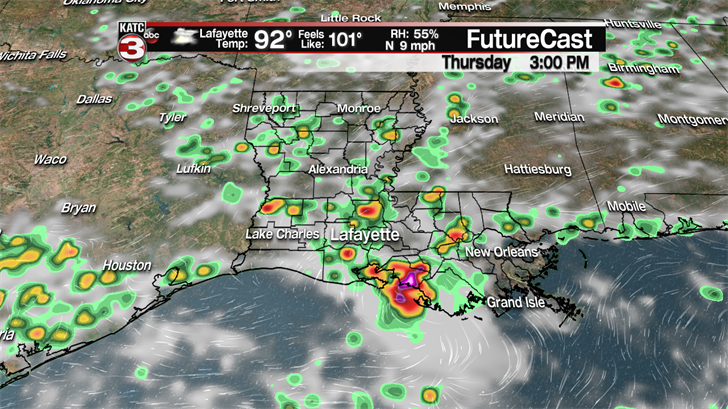 Some of these storms could be on the strong to severe side as the Storm Prediction Center has placed all of Acadiana under a marginal risk for a couple storms to potentially produce 60 mph wind gusts, large hail and lots of thunder and lightning. 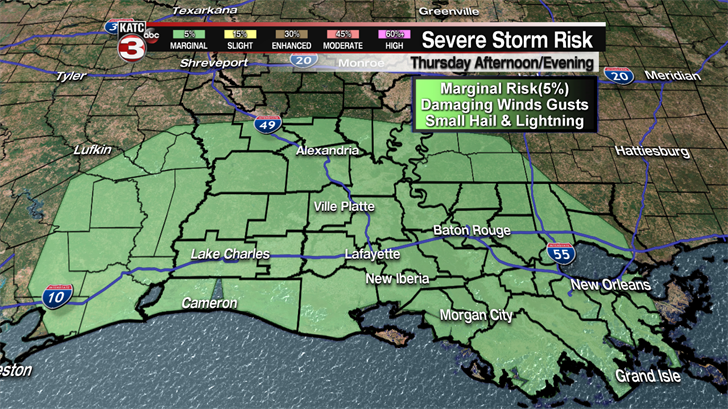 To end out the work week it will be more of the same with dry conditions in the morning giving way to hit or miss showers and storms during the afternoon. 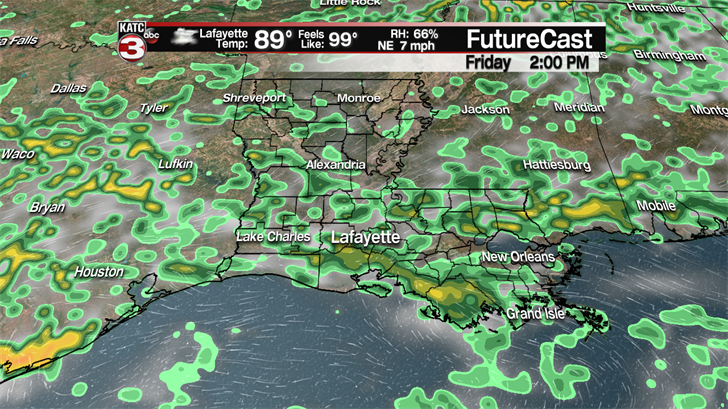 In total between now and Friday most areas will pick up another 1-2 inches of much needed rain but we will not have to worry about any flooding concerns. 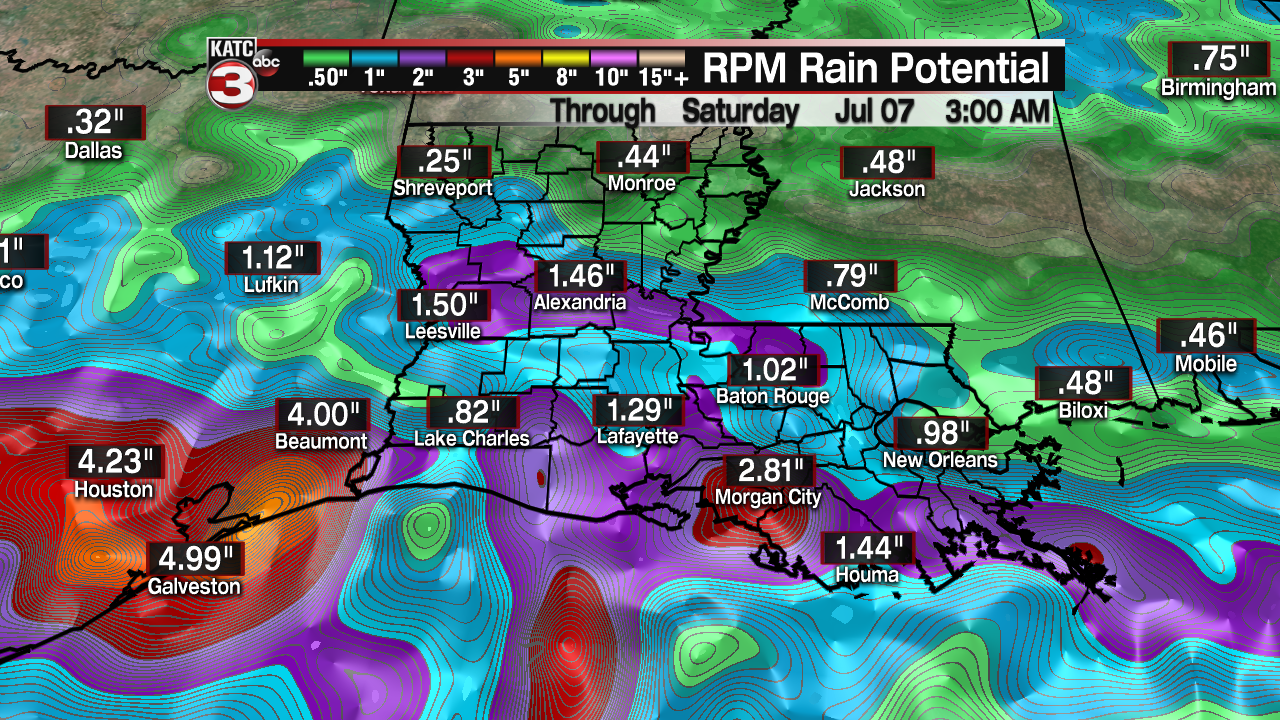 The wet pattern looks to continue into the weekend as well as a weak frontal boundary will try to work down through Louisiana Saturday helping to spark off scattered showers and storms during the afternoon.

The boundary will still be in the area to begin the day on Sunday creating some passing showers to start the day but the rain should fade throughout the day.

With the clouds and high rain chances sticking around temperatures the next several days with be a few degrees below normal in the mid to upper 80s.