Hot & humid Sunday with rain on the way next week

It looks to be another hazy, hot and humid day across Acadiana to end out the weekend as an upper level high continues to be centered over the region. 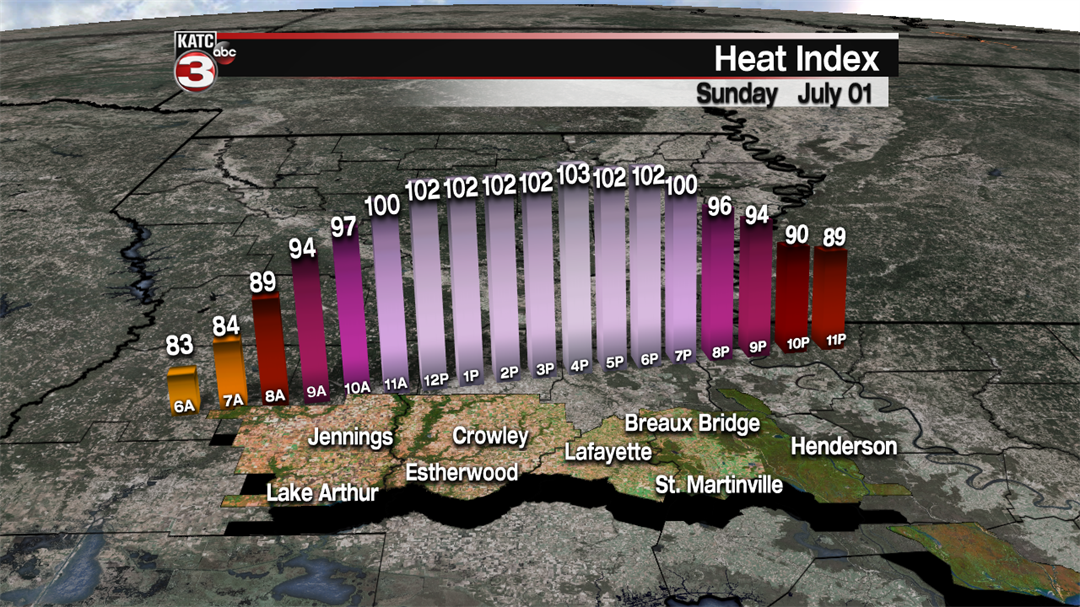 But just like Saturday we will still have the slight chance(10-20%) for a few pop up showers and storms during the afternoon but I expect most of us to dodge the rain and stay dry.

Now moving into the holiday week we are watching a weak tropical low that will develop in the eastern Gulf of Mexico near the Florida panhandle that will slowly start to slide to the west towards us. 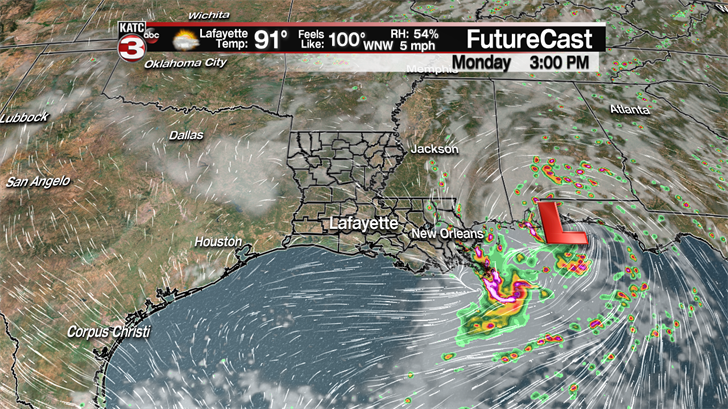 So for those traveling to the beach along the Gulf coast for the holiday prepare for some wet weather to start the week.

Locally the showers and storms do not look to arrive until Monday evening so most of the day will be very summer like with hot and humid conditions under partly cloudy skies.

By Tuesday the low will move right over South Louisiana producing widespread scattered showers and storms, some of which could be on the heavy side with gusty winds up to about 30-40 mph. 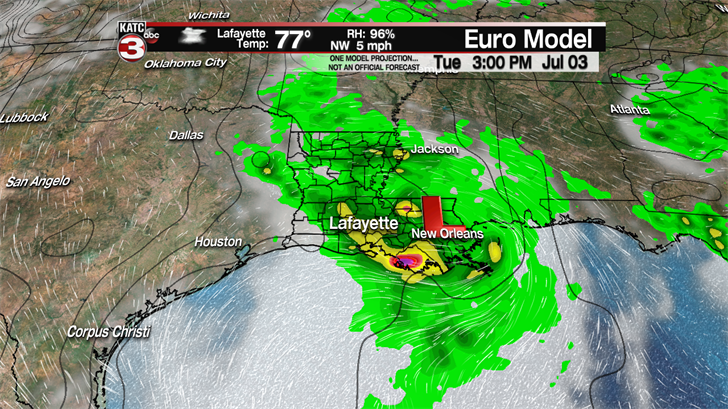 For Independence Day the low will drift over into Texas but we will still have about a 50% chance for scattered showers and storms during the afternoon. 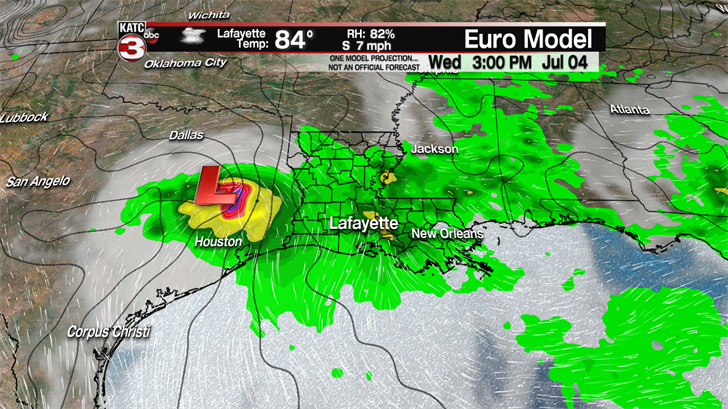 It definitely will not be a wash out so I would not cancel any 4th of July parties but just make sure you are being weather aware and have a place to seek shelter should a shower or storm pop up over your festivities.

The good news is all the rain should come to an end in time for the firework displays throughout Acadiana to go off without any issues. 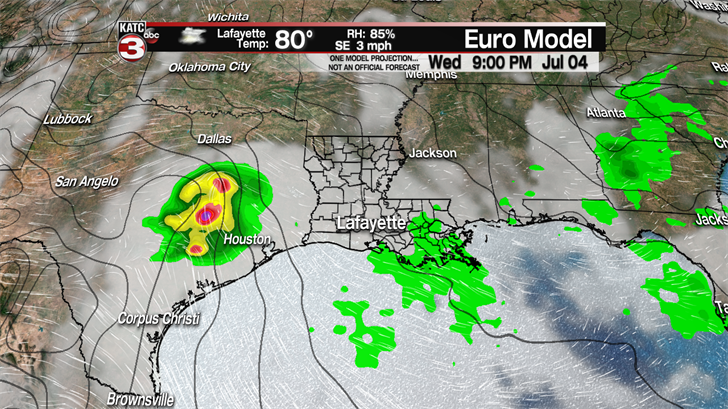 However, the ground could be rather wet so you might want to bring chairs instead of a blanket to watch the fireworks as we could pick up 1-3 inches of rain with some isolated spots get between 3-5 inches on Tuesday and Wednesday. 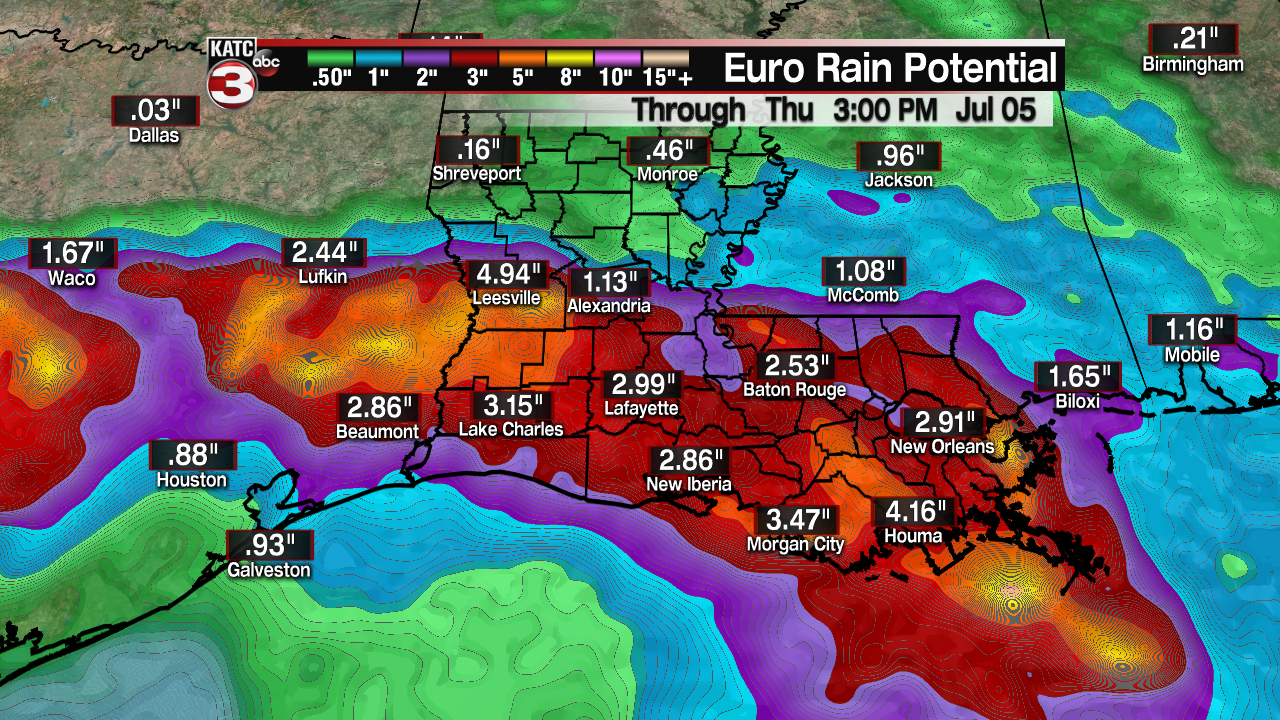 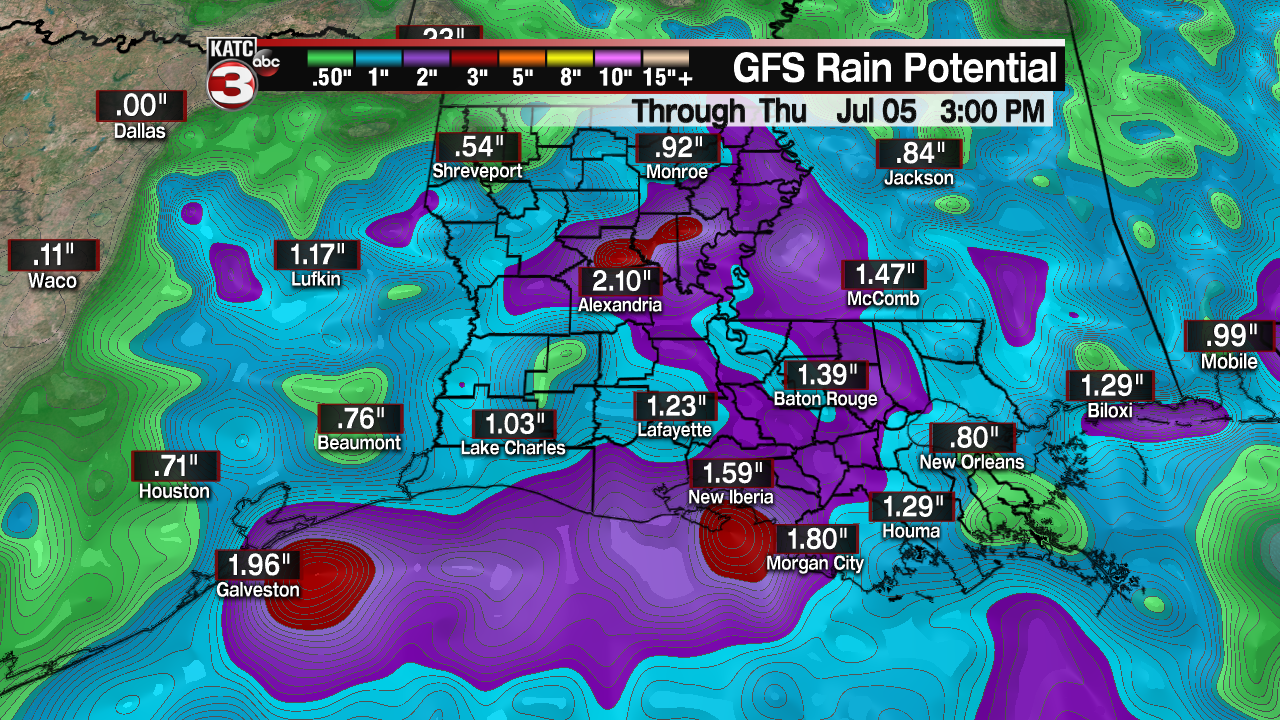 Rain chances look to remain around 40-50% Thursday and Friday afternoons as there will be plenty of moisture in the atmosphere to get those daytime showers to fire up across Acadiana after times of morning sunshine. 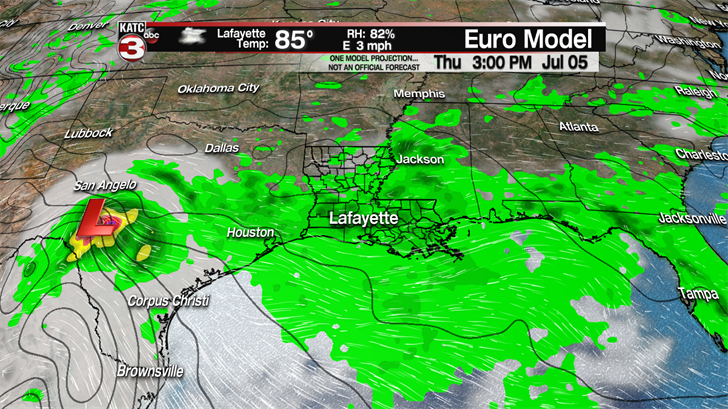 In the tropics the Eastern Pacific continues to stay very active so far this year as Tropical Depression Seven-E has formed several hundred miles to the W/SW of Mexico. 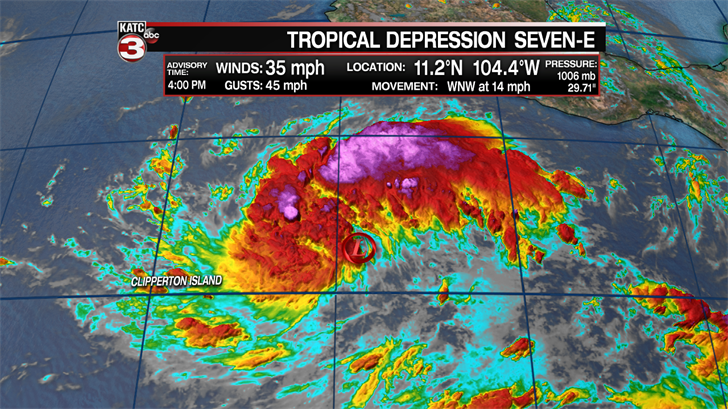 The storm has sustained winds of 35 mph with gusts up to 45 mph.

It could become Tropical Storm Fabio later this evening and maybe strengthen to a hurricane by Monday afternoon. 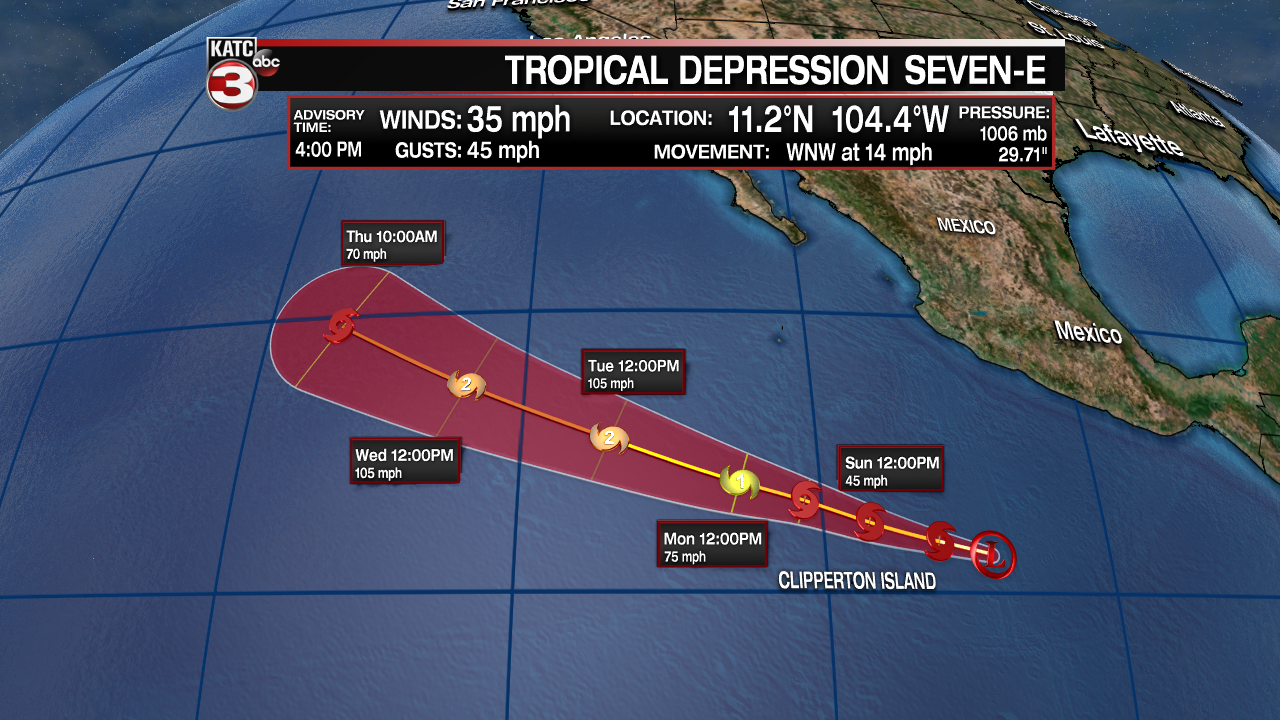 The good news is storm is moving away from land and will stay out over water.