As we end out the month of June Mother Nature is turning up the heat as highs will top out in the mid 90s with heat indices climbing up to 103-106°.

So, it is going to be perfect weather to head to the pool or lake to try to cool off but if you are outside soaking up the sunshine remember the sunscreen, hats and sunglasses and to drink plenty of water to stay hydrated. 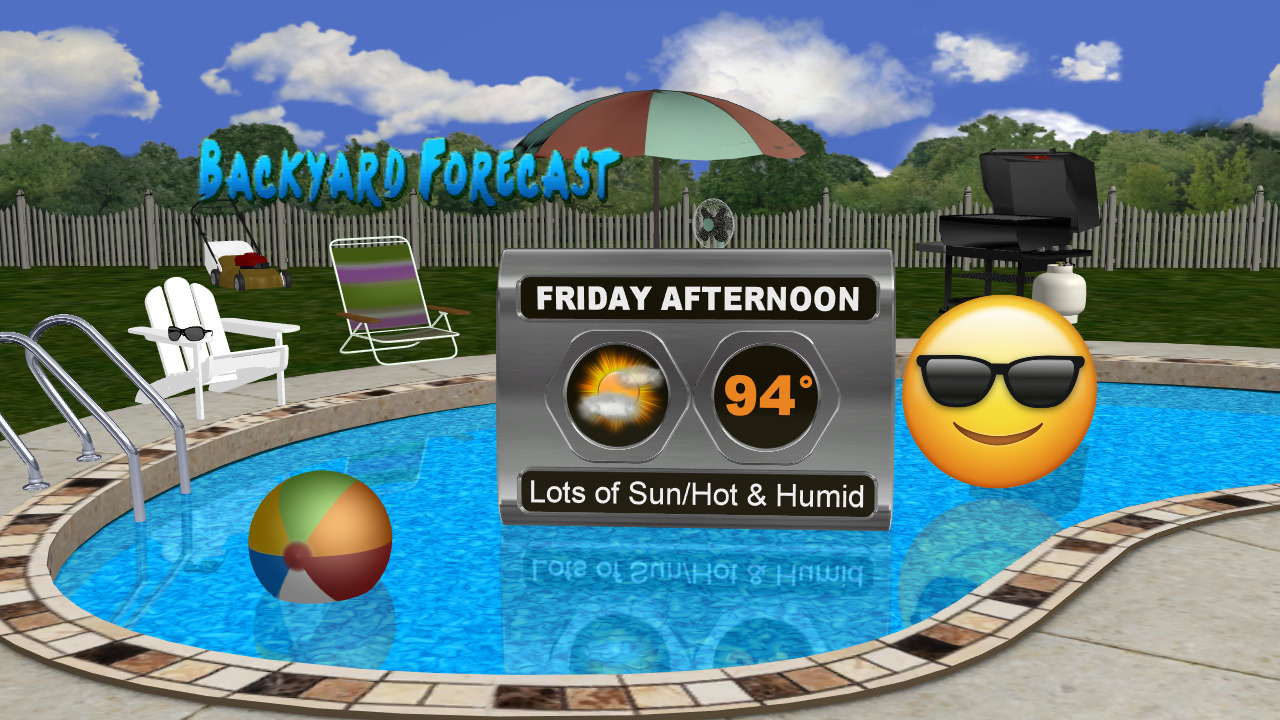 Also, rain chances are going to be hard to come by down around 10-20% for Friday and Saturday as the upper level high in the Gulf moves closer to us sending the sea breeze and gulf moisture more towards the Texas coast. 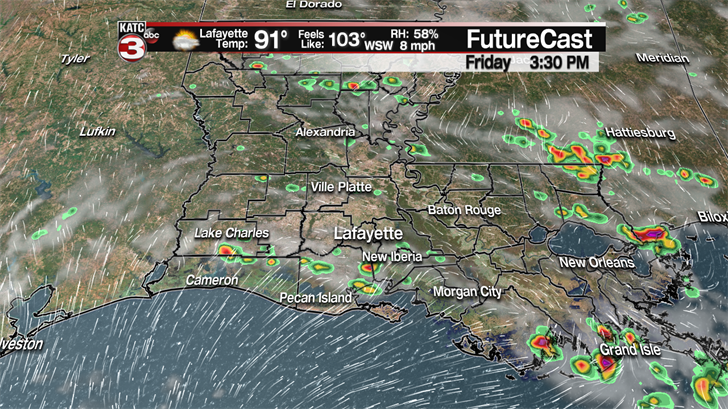 Sunday will still be really hot and humid with highs near 94° and feel like temperatures topping out at 102-105° but we might have a slightly better chance(20-30%) for a few pop-up showers and storms during the afternoon, especially for eastern Acadiana, as some tropical moisture starts to head our way. 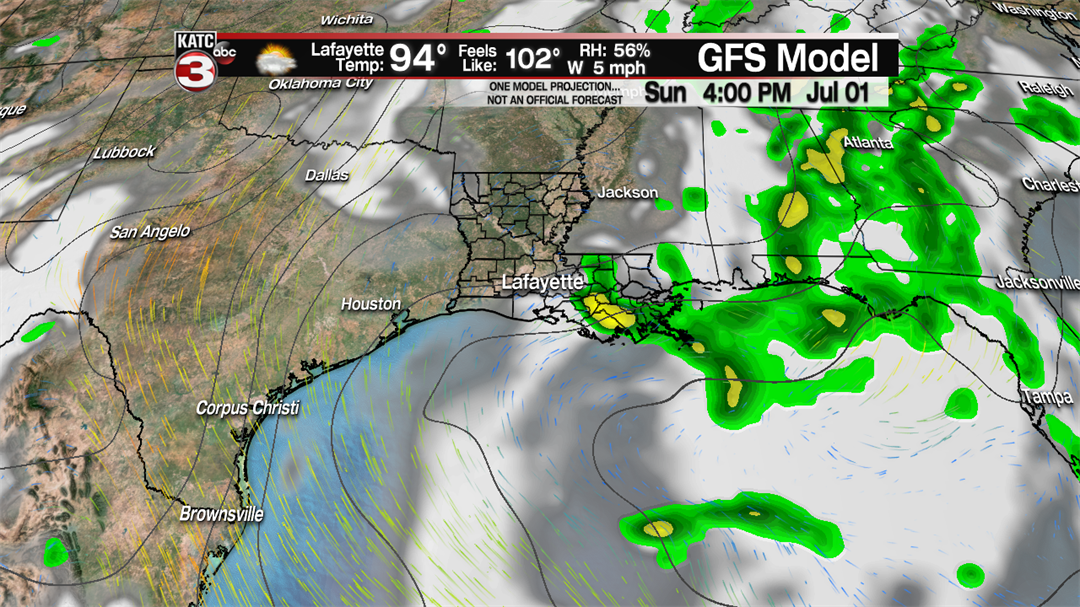 Rain chances bump up to about 40% for scattered showers and storms on Monday as the tropical wave begins to push into Acadiana from the east. 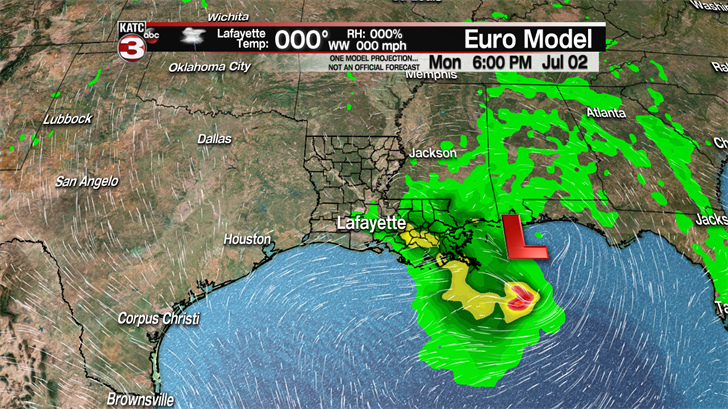 Most models agree Tuesday is the day we will have our best chance(60%) for widespread showers and storms as the wave moves right along the Louisiana coast.

By Independence Day the tropical wave should move into SE Texas but we could still have some wrap around scattered showers and storms during the afternoon. 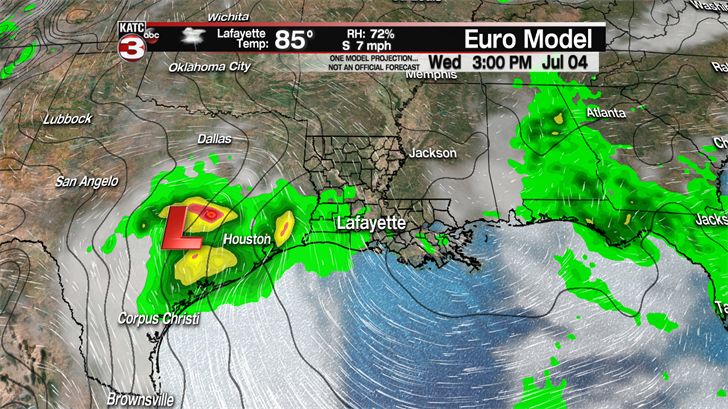 Now I would not cancel any outdoor plans or picnics for the 4th of July but maybe have a place where you can seek shelter from the rain just in case a passing shower pops up over top your party.

Wednesday evening all the showers should come to an end in time that we should have no issues for any of the firework displays throughout Acadiana.

Moving into the second half of next week we could still have a decent chance(30-40%) for scattered showers and storms Thursday and Friday as a couple more disturbances work towards Acadiana. 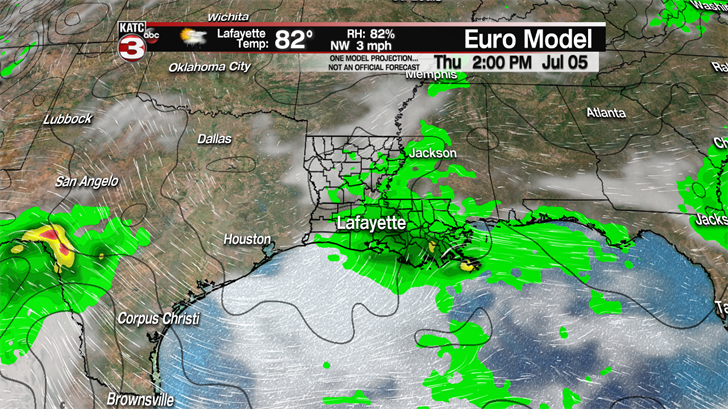 The good news besides the much needed rain next week the clouds and showers should hold temperatures a few degrees cooler in the upper 80s and lower 90s next week.