High pressure will dominate the Gulf Coast region again today bringing plenty of heat. We won’t get much relief from that heat as thunderstorm activity will be at a minimum again. Expect afternoon temperatures to climb into the low to mid 90s with heat index values over 100 degrees. Active weather will remain along a frontal boundary to our north, and extra showers and storms are expected over central and southern Florida. 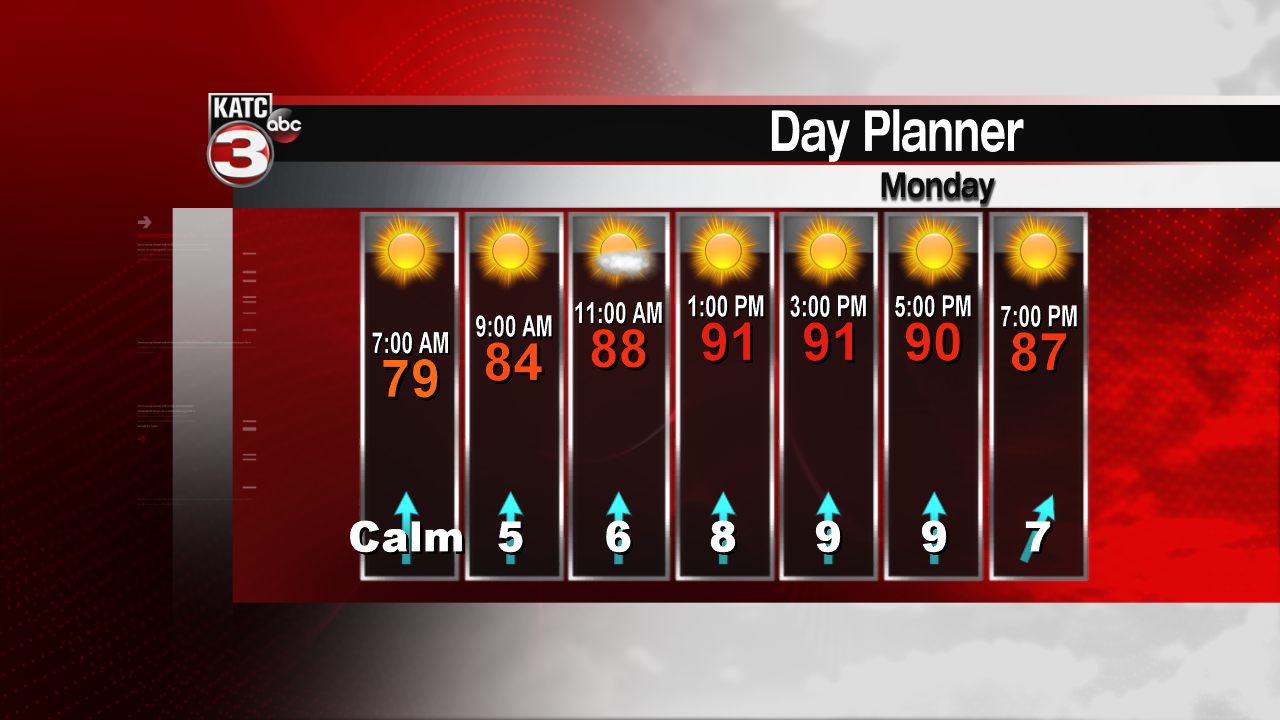 Skies will start mostly sunny this morning, with some cloudiness mixing in this afternoon. Expect temperatures to climb above the 90 degree mark as early as 10 am in some areas. As the afternoon wears on, heat index values will push 105-106, staying just below heat advisory criteria of 108. Regardless, if you’re spending a lot of time outdoors, stay hydrated, and try to take frequent breaks in the shade or air conditioning.

A weak trough will drift westward across the central Gulf of Mexico Tuesday into Wednesday. This should bring a slightly better chance for cooling showers and storms during the afternoon, especially on Wednesday. The ridge will break down somewhat toward the latter part of the week, but better rain chances probably won’t get into the region until early next week. Perhaps a better chance for rain late Sunday into Monday.

Tropical weather remains quiet. A few tropical waves are moving across the Atlantic, but nothing unusual. No tropical systems are expected to develop over the next several days.