It is officially summer as the solstice occurred at 5:07 this morning. 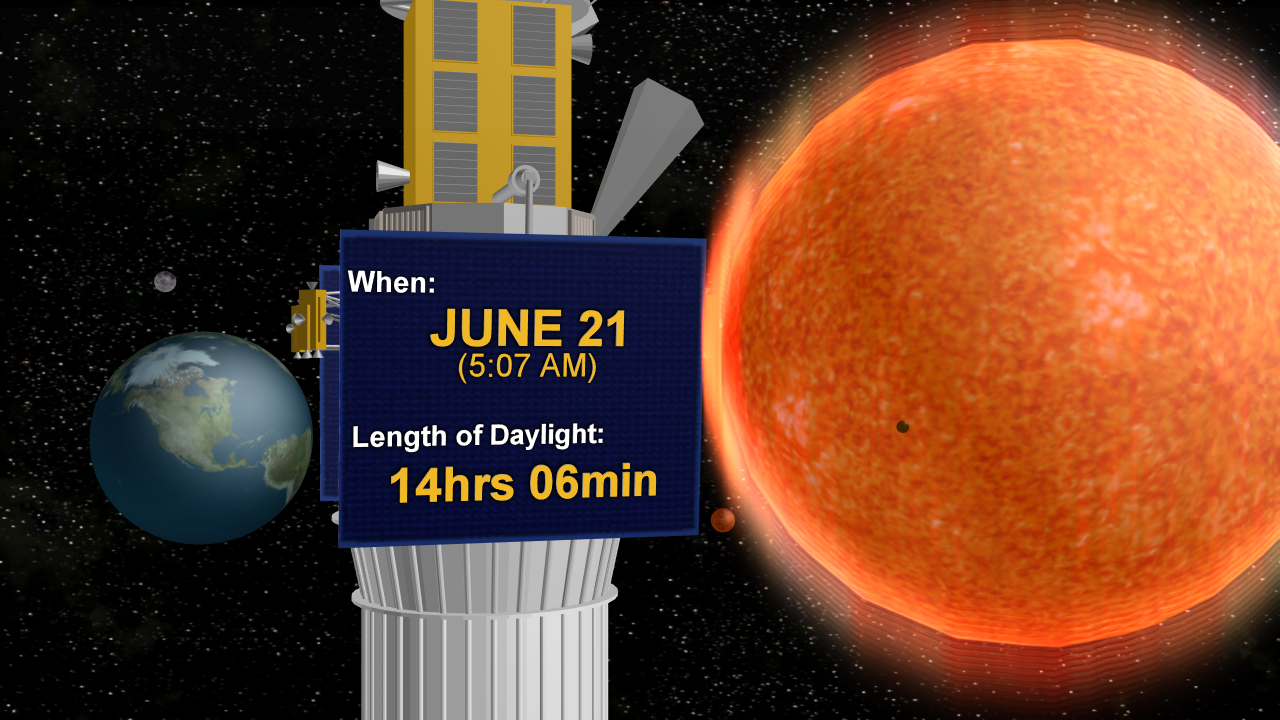 This means that today is the longest day of the year with 14 hour and 6 minutes of daylight for Acadiana but unfortunately it is going to be rather cloudy for most of the day.

A weak front is working out of east Texas and into South Louisiana producing a few scattered showers along the state line this morning.

As the front dives into Acadiana we will have a 30-40% chance for passing showers and a few thunderstorms, mainly to the west of Lafayette and north of the interstate during the late morning hours. 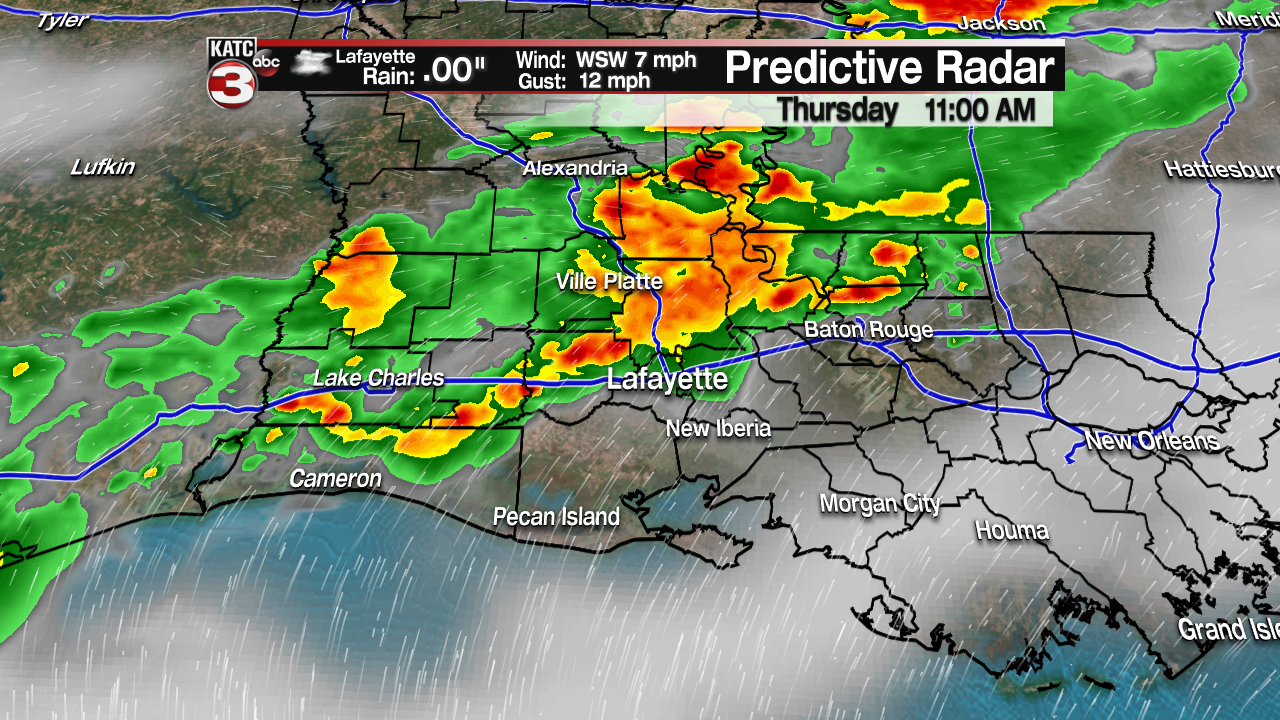 By lunchtime the front will be getting closer to Lafayette but as it does the showers will begin to fall a part so we might only see light showers or drizzles in the Hub City. 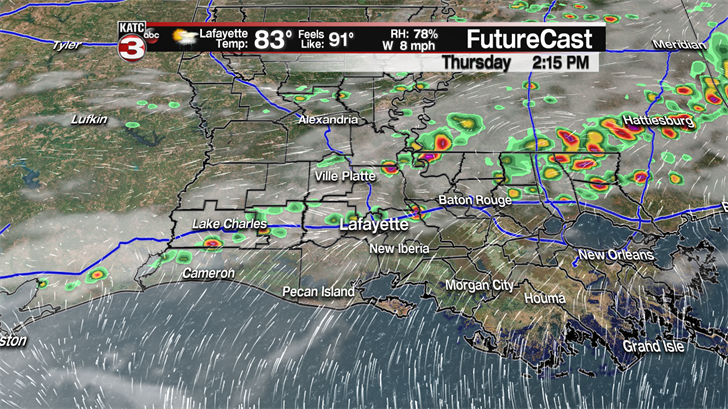 Once this front slides to the east skies we will start to clear out so we could have peeks of sunshine this evening but with the earlier clouds and rain highs will only top out in the mid to upper 80s.

Friday we will have a mix of sun and clouds warming highs back into the lower 90s, with feel like temperatures pushing the upper 90s to near 100.

This weekend it will feel very much like summer with highs in the lower 90s and heat indices topping out in the triple digits both days under mostly sunny skies. 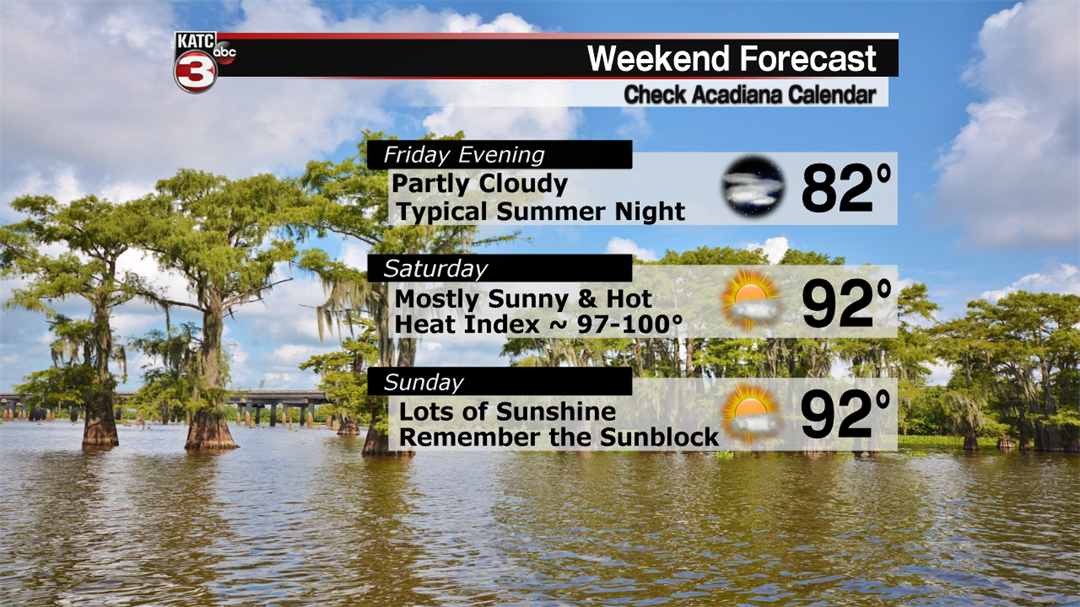 So, if you are heading to the beach or pool to cool off this weekend make sure you are remembering the sunscreen, hats and sunglasses as right now the sun is at its highest point in the sky and at its closest distance to the Earth, so it only takes about 15-20 minutes in the sun to get burned.

Looking ahead to next week the hot and humid conditions will continue with highs in the low to mid 90s and feel like temperatures topping out above the century mark every day.