It is a cloudy and muggy start to our Tuesday with a few sprinkles but as we move throughout the day we will have a decent chance(50-60%) for scattered showers and maybe a couple storms to work off the Gulf and slide over South Louisiana. 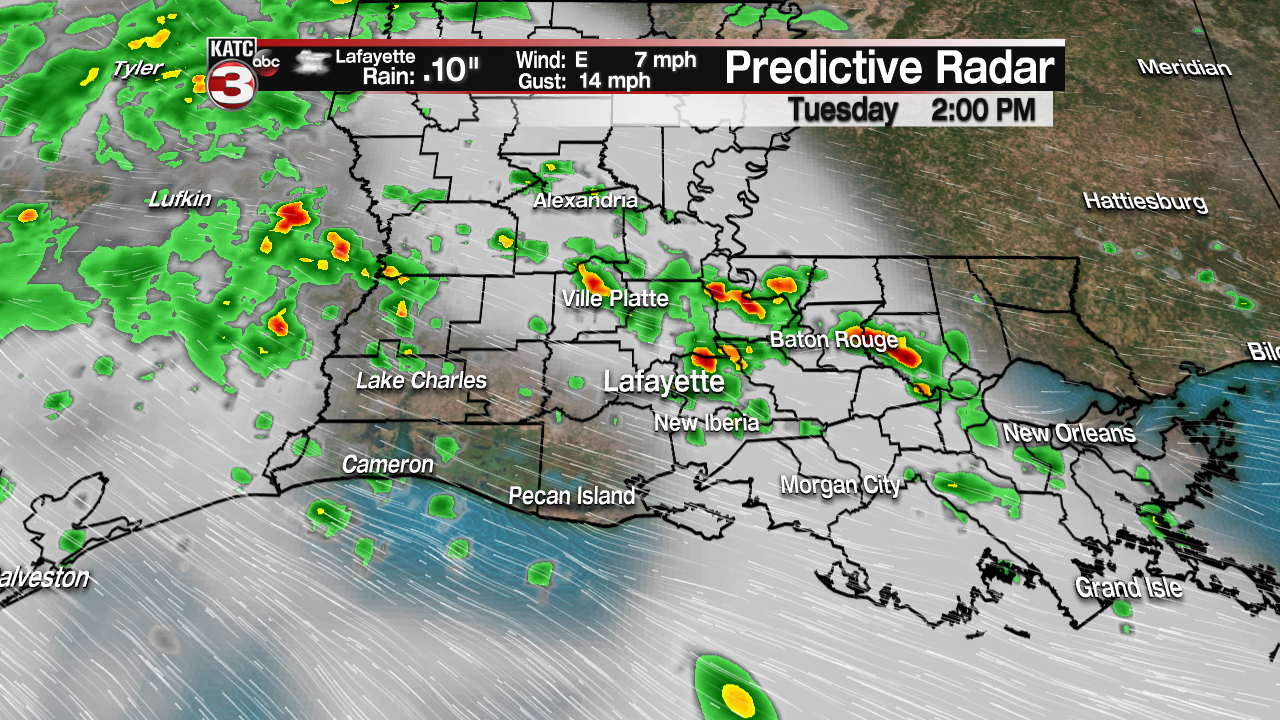 Today’s rain is associated with the broad area of low pressure spinning in the western Gulf along the Texas coast producing numerous showers and storms out over the water. 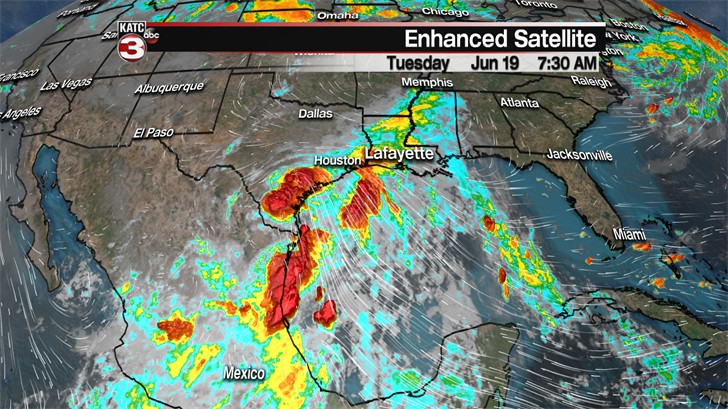 Locally, we will only see about a quarter of an inch of rain the next couple days but for our neighbors along the Texas Coast between Beaumont and Corpus Christi a few spots could see 5-8 inches of rain leading to some minor flooding concerns. 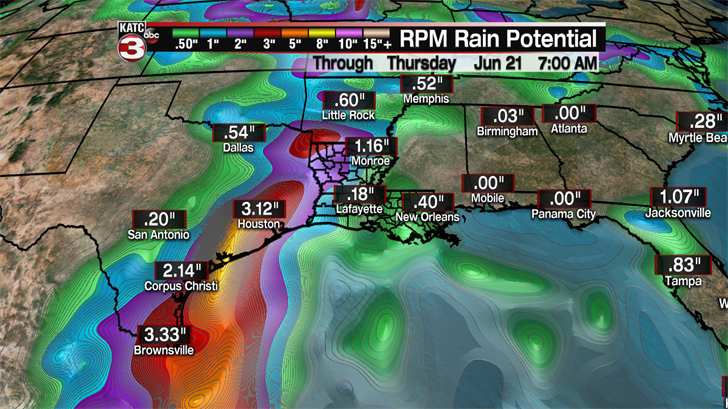 Wednesday and Thursday we could see partly sunny skies warming temperatures into the upper 80s but that heating will leading to about a 30-40% chance for pop up showers and storms during the afternoon as our atmosphere remains fairly juicy from the tropical wave in the Gulf. 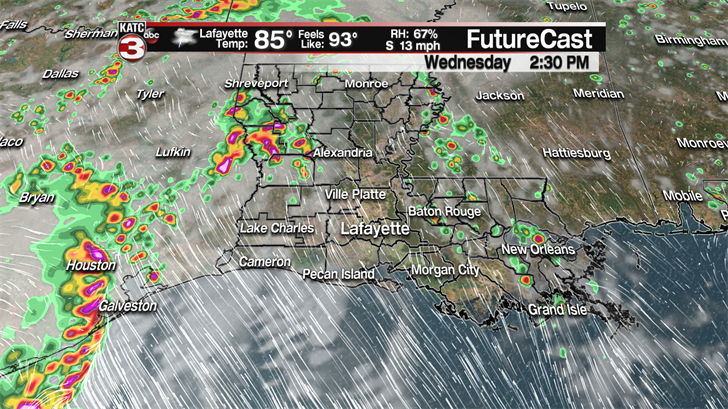 By Friday and into the weekend high pressure will be drifting over the Southeast pushing the tropical moisture out of the region causing rain chances to drop to just 20-30% during the afternoon.

As the clouds and rain move out of the area for the weekend the extra sunshine will heat things back up across Acadiana as highs will climb into the lower 90s Saturday and Sunday with feel like temperatures pushing the upper 90s to near triple digits again.