Expect a nice start to Acadiana’s weekend with a sun and cloud mix along with minimal rain chances Saturday, followed by much the same Sunday, only with a better chance of scattered, afternoon showers and a few thunderstorms.

Rain chances will remain near 10% Saturday but should increase to near 30% Sunday afternoon.

More immediately this Friday evening, look for the International Space Station to whiz across Acadiana’s skies and move nearly overhead in a short two minute window, between 9:55 and 9:57 pm. The station will appear as a bright star moving from the northwestern to northeastern sky and will be cruising at its normal speed of 17,250 mph!

In addition, look for a bright Venus in the western sky while Jupiter will be the brightest "star" rising in the eastern to southern sky at the same time.

Weather-wise moving into next week, the upper level ridge of high pressure that has dominated our weather over the last few days will begin to break down Sunday, allowing for a few scattered afternoon storms, at 30% to start.

Next week, the pattern supports the daily chance of scattered showers and few thunderstorms with the pattern likely to last into next weekend, and that’s reflected in the 10 day forecast.

Hopefully the daily rain chances will help ease our drought status, which has worsened in Acadiana to a "moderate drought" across portions of Cameron, Allen, Acadia, Evangeline, St Landry and Avoyelles Parishes. 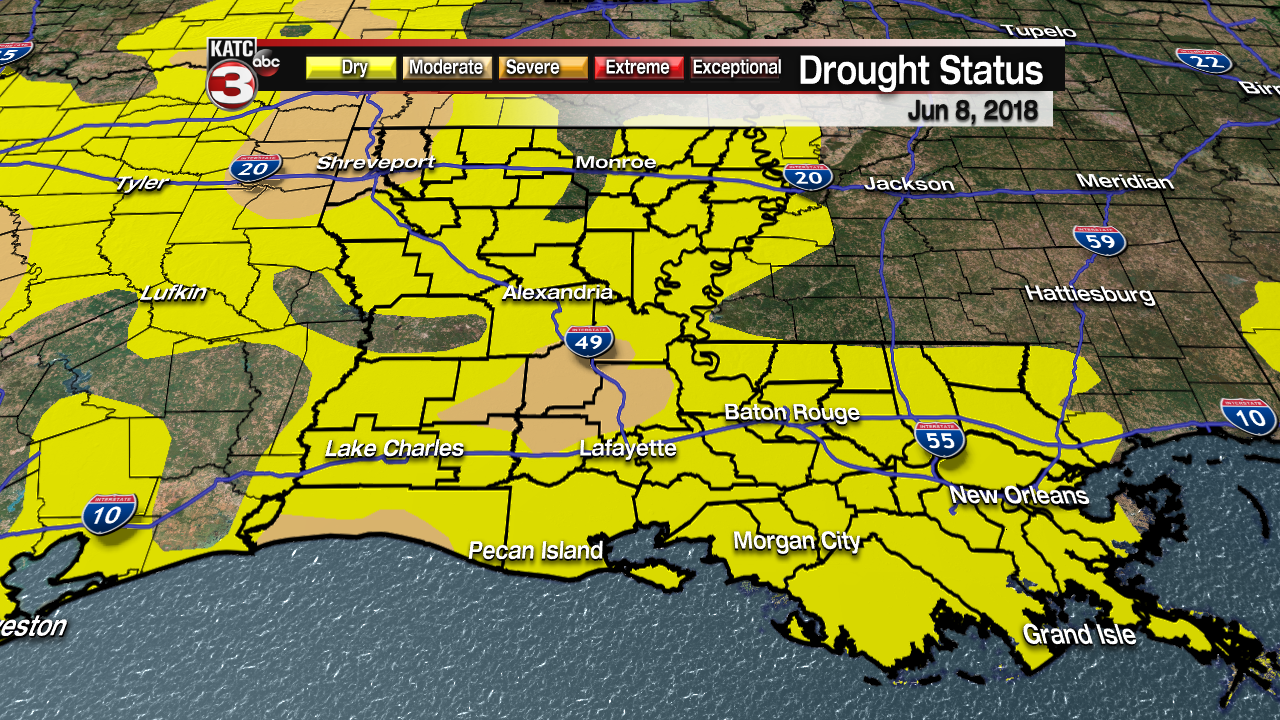 The lore is if it rains today, "40 days of rain to come, if not 40 days of drought to follow". There is however, no meteorological validity to substantiate this lore, but let your grandparents know it’s today…you’ll win points!

Looking into the tropics, the Eastern Pacific has gotten quite active with Hurricane Aletta become a Category 4 storm Friday…the system will not impact  any land. 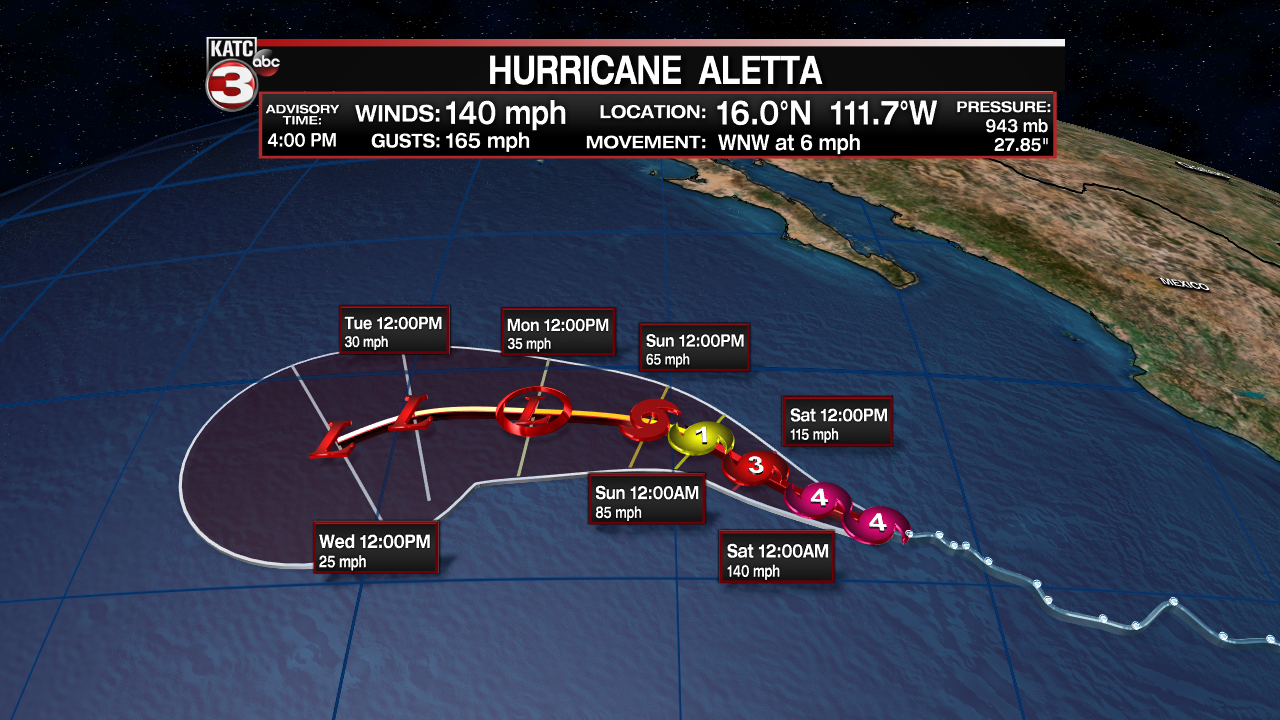 Another disturbance on the heals of Aletta shows promise for development, and per the long range models, could impact portions of the western Mexican Coastline down the line. 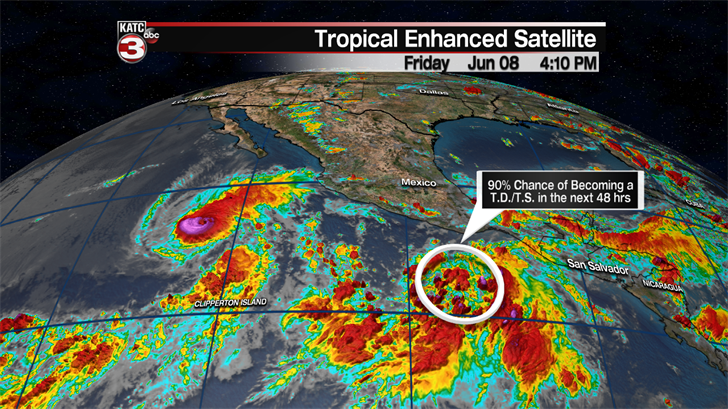 And speaking of the long range models, the GFS is still turned on to the possibility of an organized or semi organized tropical system to move out of the western Caribbean and into the Gulf of Mexico toward the end of next week, while the Euro remains rather pessimistic to that idea.

Nonetheless we will continue to monitor trends and watch to see if the Euro Model catches on to the idea, as you may remember, the GFS did sniff out Sub-Tropical Storm Alberto a few weeks back, so both models cannot be discounted at this point.