Acadiana will continue to see mostly hot and relatively dry conditions with respect to rain chances, into the weekend.

So the only real change in the pattern over the next couple of days will be a gradual increase in temperatures and humidity. 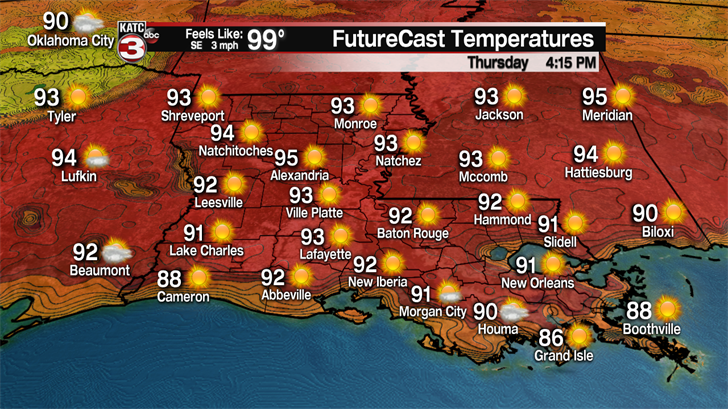 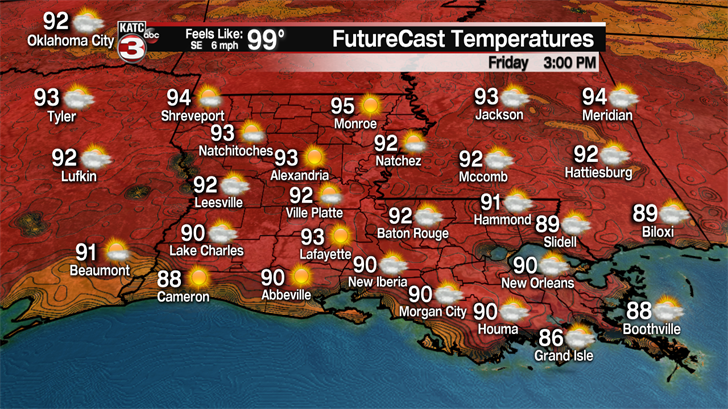 Heat indices tomorrow and Friday will climb to near 100 during the afternoon hours, but could slide closer to the lower 100s this weekend. 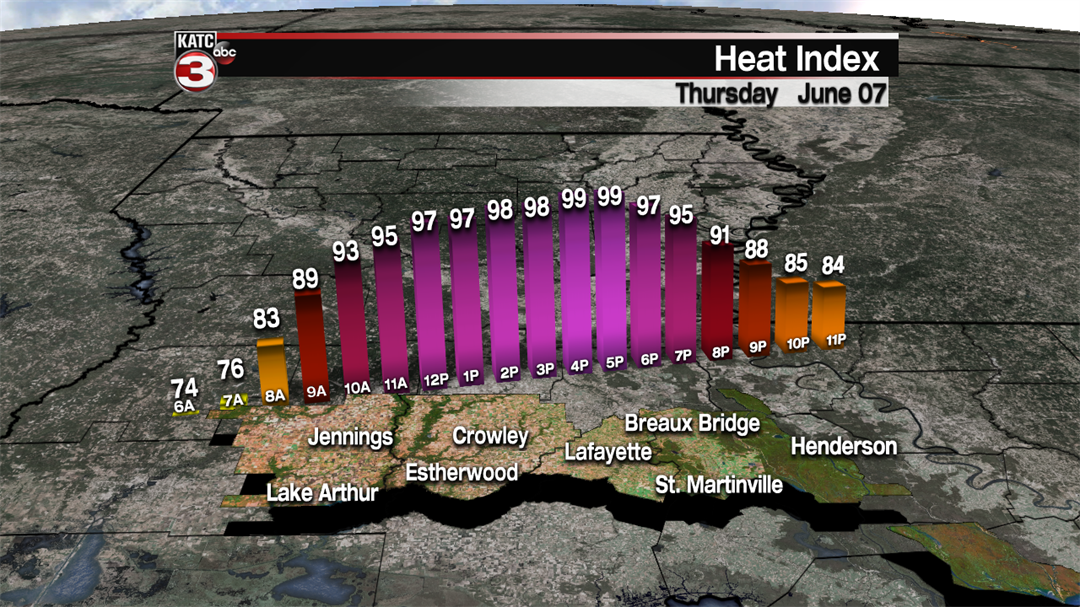 Rain chances will stay near 5% or less through Friday with a very subtle increase this weekend to 10% Saturday and near 20% Sunday afternoon.

Highs this weekend will continue into the low to mid-90s while night-time lows stay in the low-mid 70s.

Moving into next week, an upper level ridge of high pressure to our west should retrograde farther to the west, allowing for a little more in the way of upper atmospheric instability, while also allowing for more moisture to slide in from the south and east.

So by the mid to latter part of next week, the chance of daily scattered, mainly afternoon showers and thunderstorms, should be back in the forecast.

Overall the 10 day forecast remains relatively free of any significant weather systems in spite of the GFS Model hinting at the potential for some tropical development across the Western Caribbean into perhaps, the Gulf of Mexico later next week.

Meanwhile, the European Model shows little if any tropical activity in the same regions, while developing another tropical system behind the current system, in the Eastern Pacific.

Speaking of  the Eastern Pacific, the first tropical storm of the season formed there Wednesday.

Tropical Storm Aletta should become a hurricane before eventually weakening. This system is not expected to impact land.

The aforementioned secondary system that may form south of Guatemala over the next few days, could eventually impact portions of the Mexican Riviera in a week’s time.