Best chance of storms in a while

For the first time in the last few weeks, there is a good chance of showers and thunderstorms Tuesday, some of which could be quite strong, and perhaps, severe.

A couple of upper disturbances will pass through the region from the northwest to the southeast Tuesday, interacting with a weak and nearly stationary surface front across the region. The first impulse should arrive during the predawn hours Tuesday.

It remains to be seen as to whether the first disturbance, which should ignite storms across Texas Monday night, will advance into the region during the pre-dawn hours…for now, rain chances overnight will be in the 40% range overnight.

The secondary disturbance will arrive during the day Tuesday allowing for a better than a 60% chance of showers and storms.

Some of those storms, per the Storm Prediction Center, could be severe, producing damaging winds, hail and frequent cloud to ground lightning.

Acadiana is currently hatched in the "Marginal Risk" (level 1 out of 5) category for severe storms Tuesday, with a 5% chance of a severe storm arriving within a 25 mile radius of any location in the area. 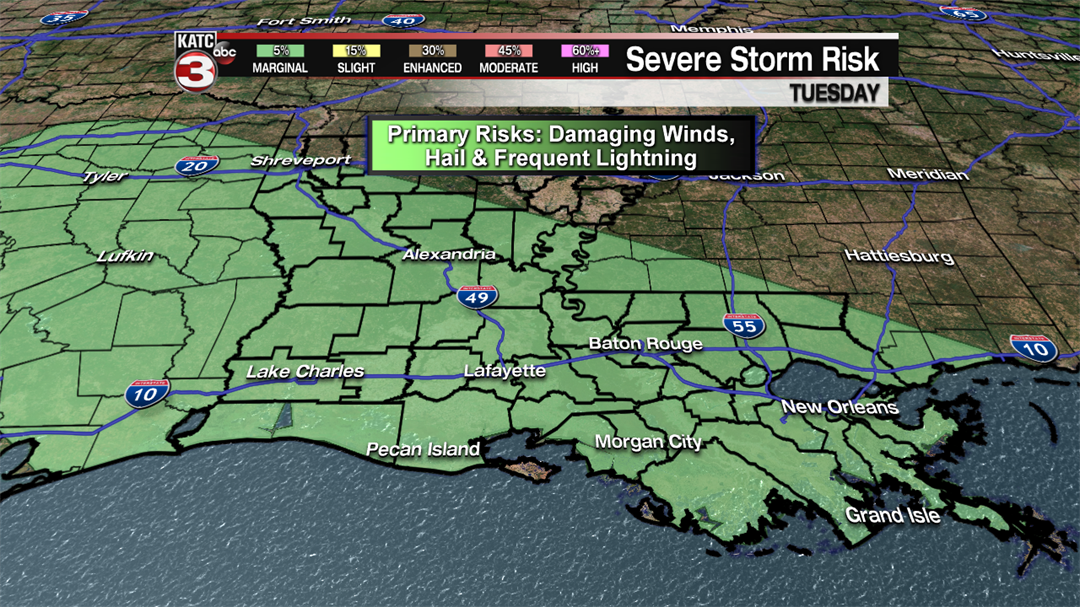 The upper disturbance will be accompanied by cooler air aloft which could be contributing factors to storms producing brief down burst winds of 60 mph or greater, and hail from pea to marble-size hail…with one or two spots see hail up to the size of quarters (which was observed near the Loreauville area in Iberia Parish Monday afternoon. 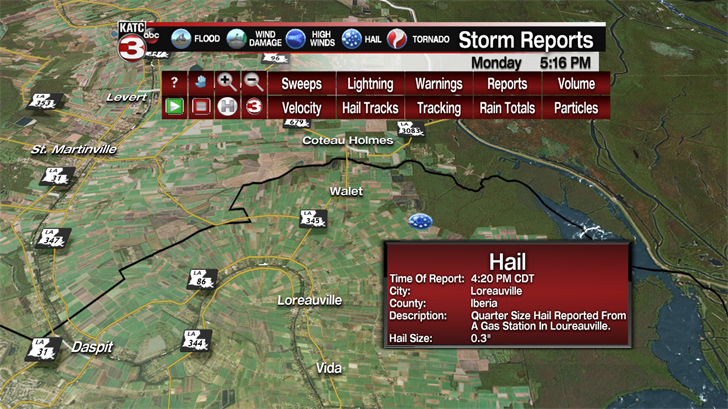 Depending on how the pattern evolves during the next 24 hours, some much need rain will be possible, with most spots perhaps seeing 1/4 to 1/2" of rain, but isolated areas may catch one to two inches or more, which will help pause the worsening drought statuses across portions the region. 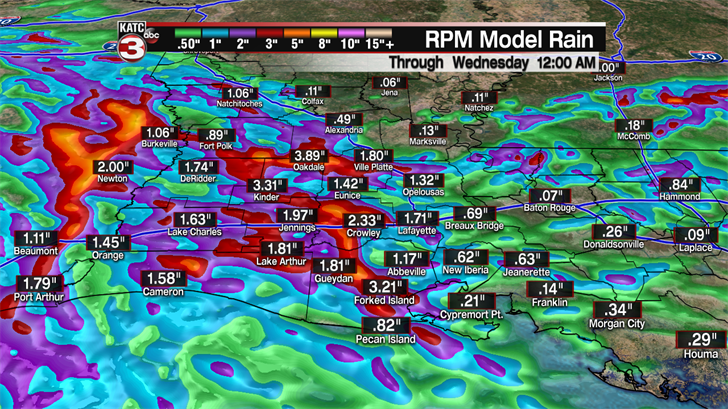 Behind the upper disturbance, it appears that drier more stable conditions will return Wednesday, with rain chances dropping down to 10-20%.

The rest of the week looks mostly quiet with typical early June heat and some humidity, but with an upper flow from the north and/or northeast, there could still be the risk of a late afternoon storm or two into the weekend.

Moving into next week, the pattern looks to become more unsettled with moisture pooling across the Gulf Coast and Louisiana which should translate to a pretty good chance of daily showers and storms from Sunday into mid-next week.