Break from the humidity on Monday

cool front firing off the scattered showers and storms this evening will push out into the Gulf of Mexico by Monday morning.

Behind this front a northerly breeze will push some drier air over Acadiana making it feel less humid compared to the past several weeks. 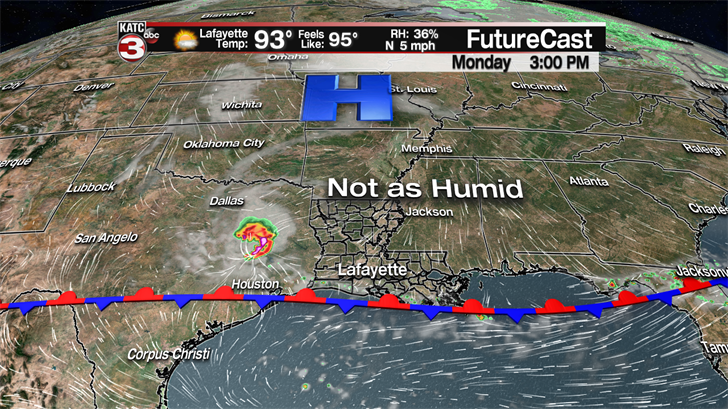 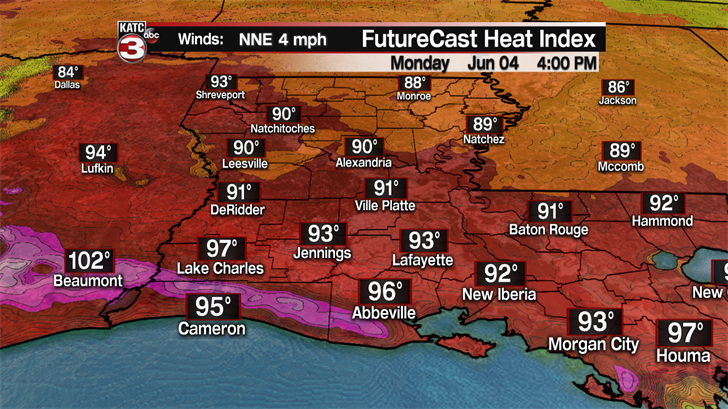 Although we won’t have the humidity it will still be rather hot with highs climbing into the low to mid 90s under mostly sunny skies.

Tuesday the front will lift back over south Louisiana producing a 30-40% chance for scattered showers and storms throughout the day. 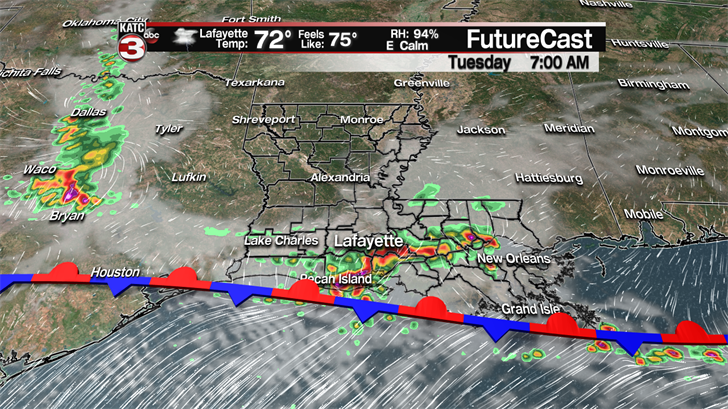 According to the Storm Prediction Center there is a Marginal Risk for the northwestern portion of Acadiana as a few storms could possibility turn severe Tuesday afternoon as an upper level shortwave could interact with the front to produce damaging wind gusts up to 60 mph.

The front will still be situation near Acadiana on Wednesday creating another decent chance for hit or miss showers and storms during the afternoon. 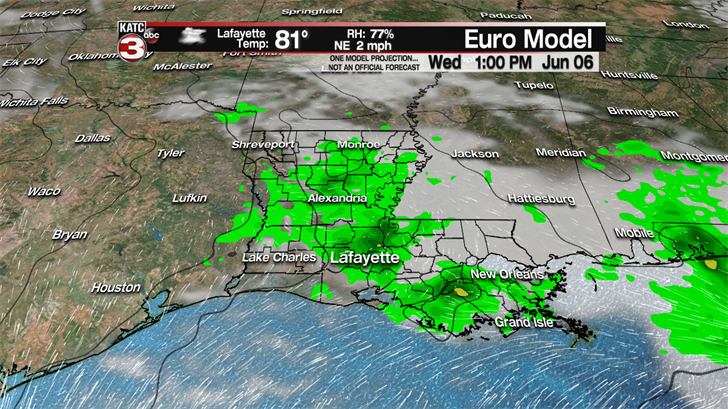 With the slightly higher rain chances and additional clouds Tuesday and Wednesday afternoon highs will hold in the lower 90s.

By Thursday we will just have the chance for a couple stray shower meaning more sunshine across Acadiana pushing highs back into the mid 90s and the humidity will be back to full force again sending heat indices into the triple digits. 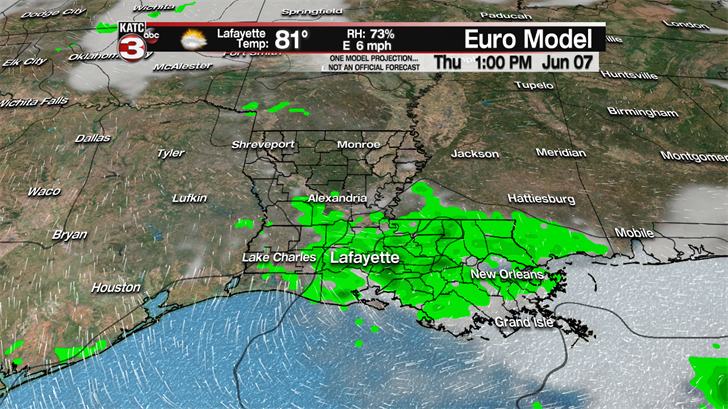 Friday and on into the weekend rain chances will be nearly zero or just 10% setting up a perfect weekend to head to the beach or pool to escape the high heat and humidity.