?The month of June will start out just about the same as we ended May. Hot and humid weather will continue with little, if any rainfall. Temperatures ran back into the low to mid 90s Thursday, and with a few extra clouds today, we’ll probably stay in the lower 90s area wide. With Thursday’s high or 93 degrees, we finished the month of May as the warmest on record. The average temperature for the month was 80 degrees, eclipsing the old record of 79.9 set back in 2010. Rainfall was well below normal at just 1.38" officially at the Lafayette Regional Airport. Some areas were lucky to catch better downpours over the month, other areas were considerably drier. 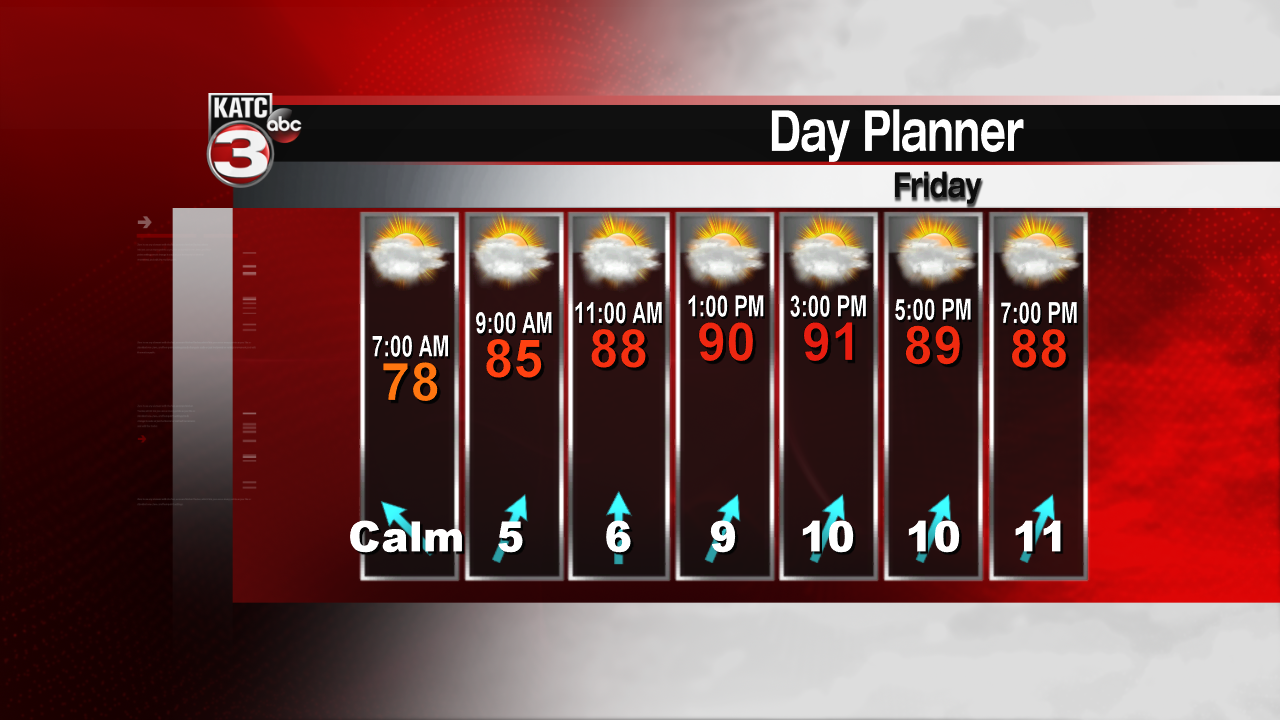 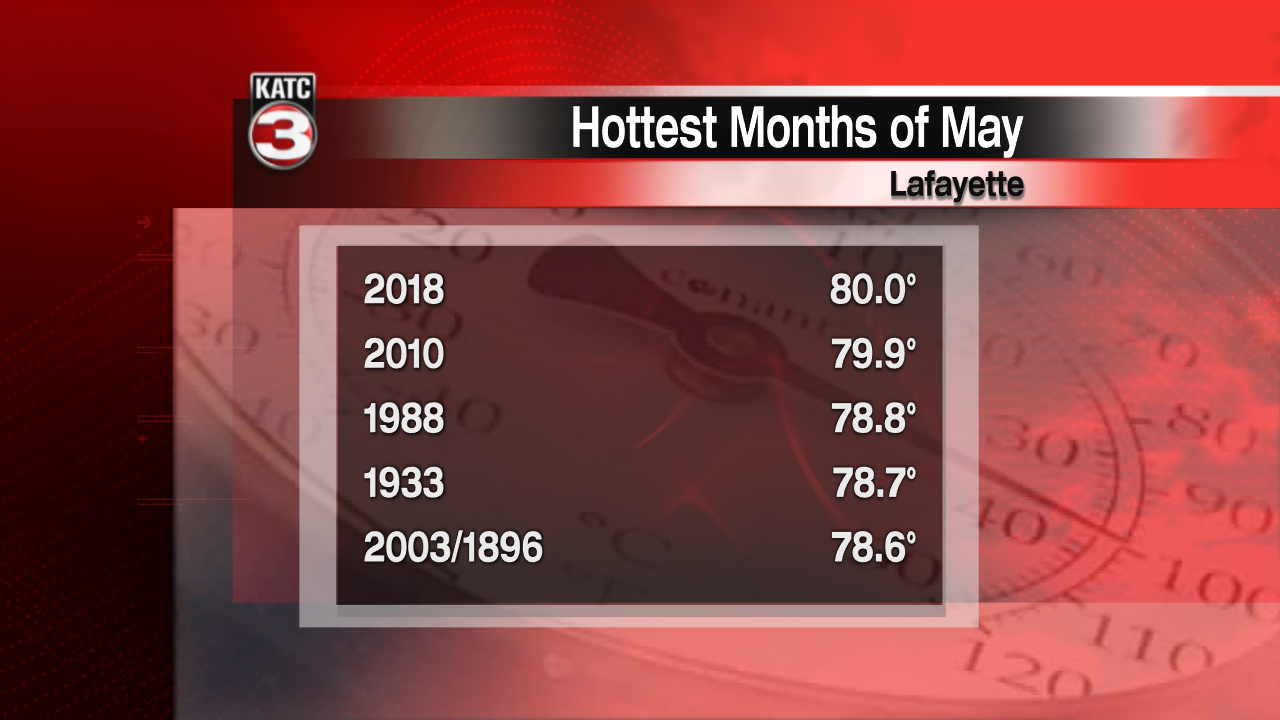 June is normally our wettest month of the year. On average, we see about 6.85 inches of rainfall. In 2017, we saw over 11 inches of rain and 7 inches of rain fell in 2016. The driest June on record was just 0.04 back in 1979 and the wettest was in 2001, all thanks to Tropical Storm Allison, where over 23 inches of rain fell. The first ten or so days of June look to be quite dry. Other than a few isolated thunderstorms on Sunday, the following week looks to be rain free. Temperatures are expected to stay in the mid 90s through next weekend. 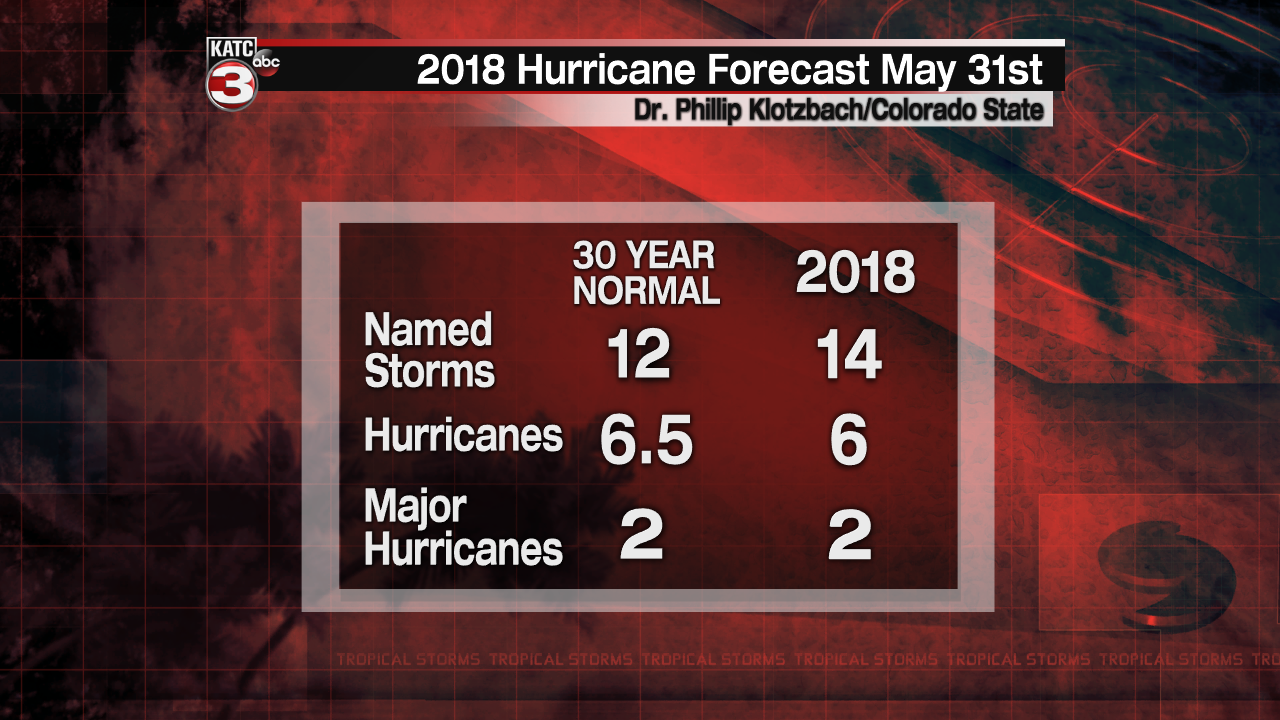 Hurricane season also begins today. New forecasts out as of May 31st are showing a near normal, to slightly above average hurricane season. According to Dr. Phillip Klotzbach of Colorado State University, 14 named storms are expected. The normal is 12. Normally about 6 hurricanes form and two of those are major. The experts at CSU are calling for near normal Hurricane and Major Hurricane activity.