Acadiana will see another day of typical scattered, summer showers and thunderstorms before most, if all of our attention, will be shifting to Sub-Tropical, to eventually Tropical Storm Alberto.

Fortunately, all of the major impacts of Alberto are expected to be well east of Acadiana…but that can’t be said for extreme Eastern Louisiana to the coasts of Mississippi, Alabama and the Western Florida Panhandle.

Rain chances locally will be near 50% Saturday with activity gradually diminishing during the evening, but moving into Sunday, as the tropical system strengthens to our southeast in the Gulf, moisture levels will begin to decrease locally as northeasterly winds and flow of weather begins to develop ahead of the storm.

Rain chances Sunday should decrease to 30-40%, but a few storms could be hefty with gusty winds and quick torrential tropical downpours.

Obviously the details could change locally Monday into next week, but with a tropical system anticipated to go well east of Acadiana, drier and hotter conditions courtesy of northerly and eventually northwesterly winds will develop moving into to much of next week…in fact, a little bit of a heat wave could develop for Acadiana mid to late next week. See the latest 10 Day Forecast.

Per the National Hurricane Center (NHC) at 4pm Friday, Sub-Tropical Storm Alberto had changed little in organization, with most of all intense convection away from the center of circulation thanks to upper atmospheric westerly shear.

Alberto should gradually acquire more tropical characteristics during its northward trek through the Gulf.

And with an anticipated run toward the Northern Gulf Coast expected by late in the holiday weekend, Tropical Storm Watches have been issued from Grand Isle, Louisiana eastward to the Indian River, including Panama City Florida. 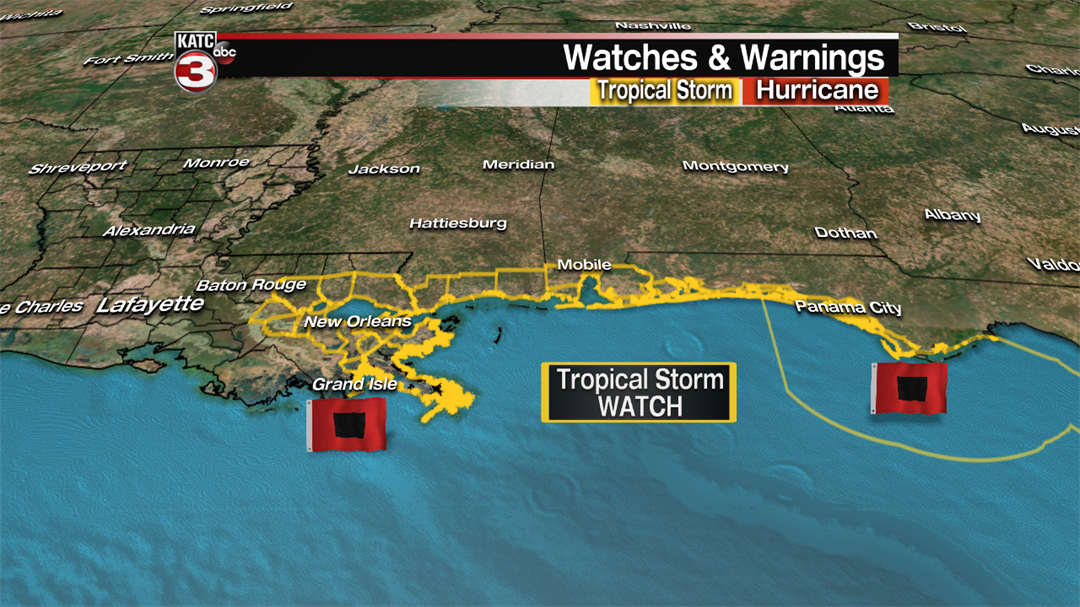 Currently Alberto is considered a sub-tropical storm as it’s getting some of its energy from an upper low to the north of the system, but the low at the surface is expected gradually acquire more tropical characteristics as it moves northward through the Gulf while upper winds relax and the system starts to draw more energy from the extra warm Gulf water temperatures.

Alberto currently with 40 mph winds is expected to become a strong tropical storm with 65 mph winds prior to landfall late Monday along the Mississippi and Alabama Coasts. There is the chance it could be slightly stronger at landfall.

Odds of tropical storm force winds or 39 mph or higher will be most likely along the Mississippi and Alabama Coasts at this point, with wind gusts pushing 65 mph within the zone of where the core of the storm ultimately makes landfall.

Heaviest rains and highest winds with this system will likely be in the eastern half of the storm and close to where the core makes landfall.

Rainfall totals of 8-12" and flooding will be possible with isolated multi-day totals higher near and where the center makes landfall on the Gulf Coast, with stripes of heavy rains likely eastward the portions of the Florida Panhandle and perhaps, portions of the Peninsula. 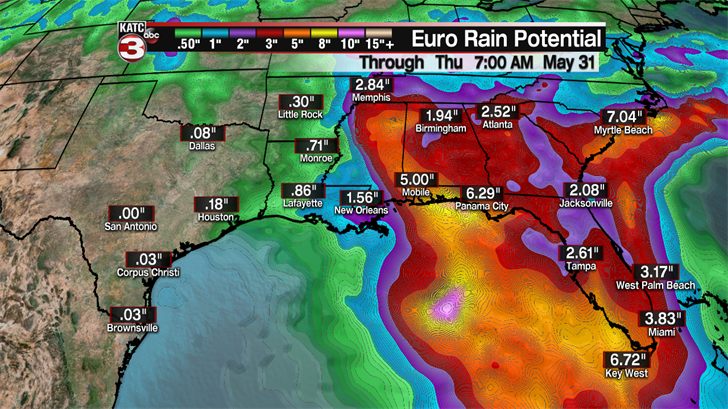 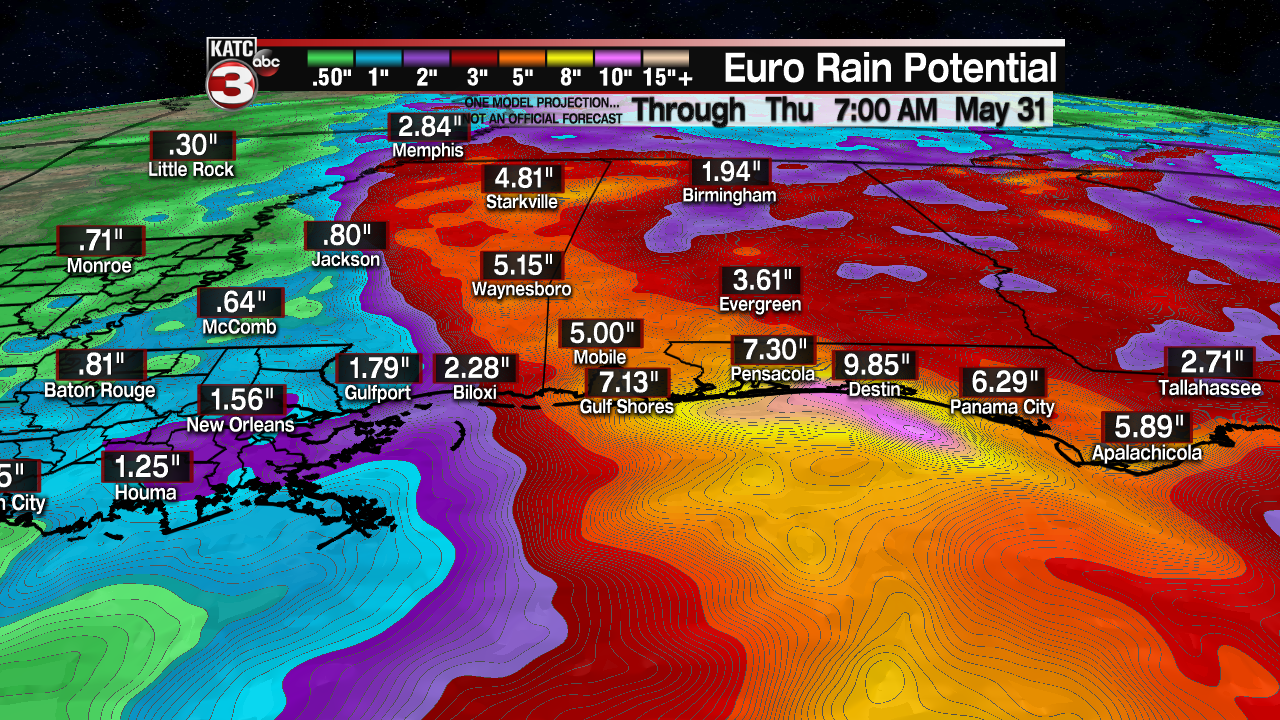 After landfall early next week the system will be moving away from the region with a quieter albeit much hotter pattern building into the region mid to late next week.

Stay with KATC, katc.com, and social media for any potential changes to the track and intensity forecasts regarding Alberto, as even small changes can make for large changes to our local impacts…but for now, most of us can rest easy in Acadiana, but we’ll need to keep a watchful eye on the system throughout the Memorial Holiday Weekend.