As the weekend inches closer and closer the eyes remain down toward the tropics as we wait to see what this disturbed region in the Gulf of Mexico will end up doing the next few days.

The National Hurricane center continues to strengthen the language surrounding Invest 90L, the area of disturbed weather that Thursday morning was sitting north east of Belize.

Chances for further development have increased to an 80% chance over the next five days (likely late Friday or Saturday) and even a 40% chance for development in the next few days.

Development into a tropical storm or not, for practical purposes, is not relevant as no matter what we call it it’s set to bring soaking weather across Florida and the Gulf Coast during the holiday weekend. 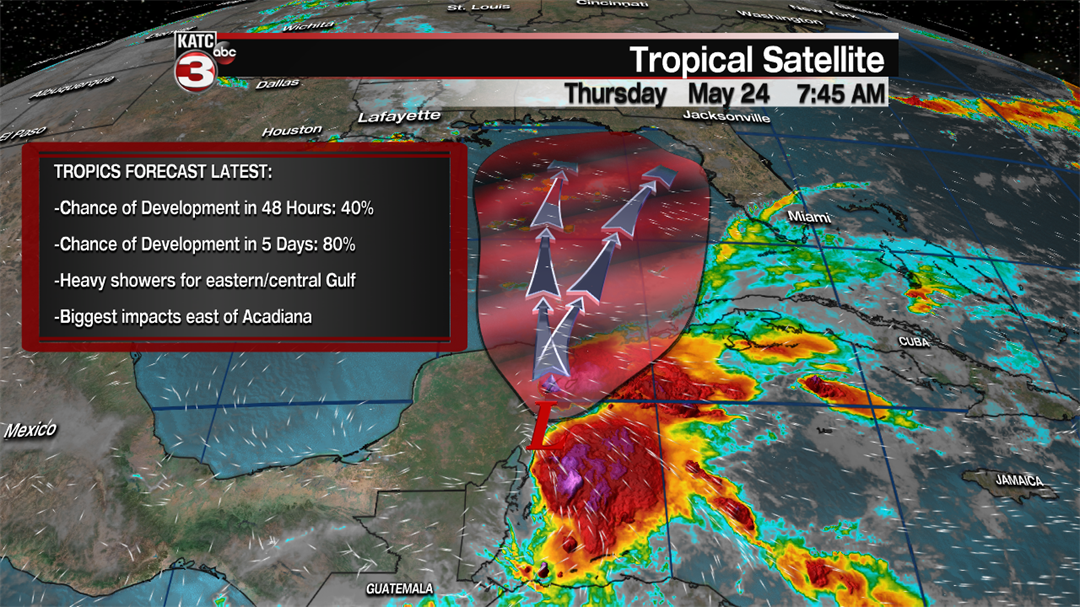 One of the bigger impacts of an actual tropical storm will be more reliable model data and a forecast with less variation, but even with a nebulous blob of storms some consensus is coming together.

The EURO seems to be finding some consistency with a tropical system off the coast of Mobile Bay by Sunday afternoon, and drifting west into southeast Louisiana through early parts of the week.

On the other end the GFS continues to lean further to the east but it does look like it seems to be trending westward to closer resemble the EURO opposed to what it was predicting earlier this week. 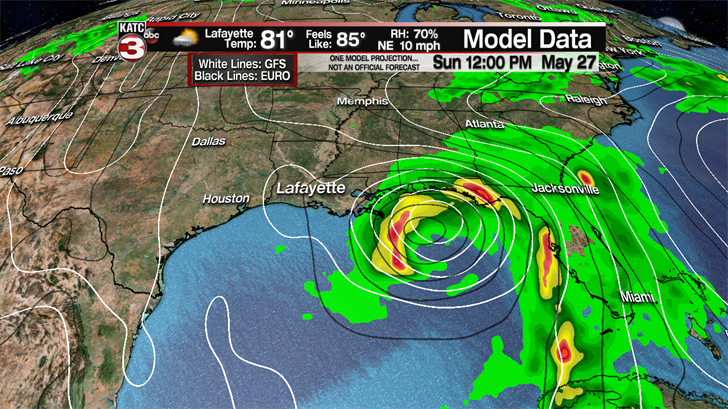 The first thing that jumps out when looking at the model data is the area covered by this system, a wet weekend looks more then likely for all of Florida from Miami through the Panhandle, and that most of the weather takes place east of the center.

Early season storms rarely are symmetrical with the impacts largely tilted to the east, which will play to Acadiana’s advantage as we move forward into next week.

One of the most efficient rain makers in the country is the Gulf of Mexico and that heavy rain will be the predominant threat with this system with flooding rains possible from southeast Louisiana to roughly Apalachicola, Florida.

This will make for a very wet weekend across the central Gulf of Mexico, which will wash out a few vacations which are planned for the holiday weekend, with the rain hot spots located from Biloxi, Mississippi to roughly Destin, Florida. 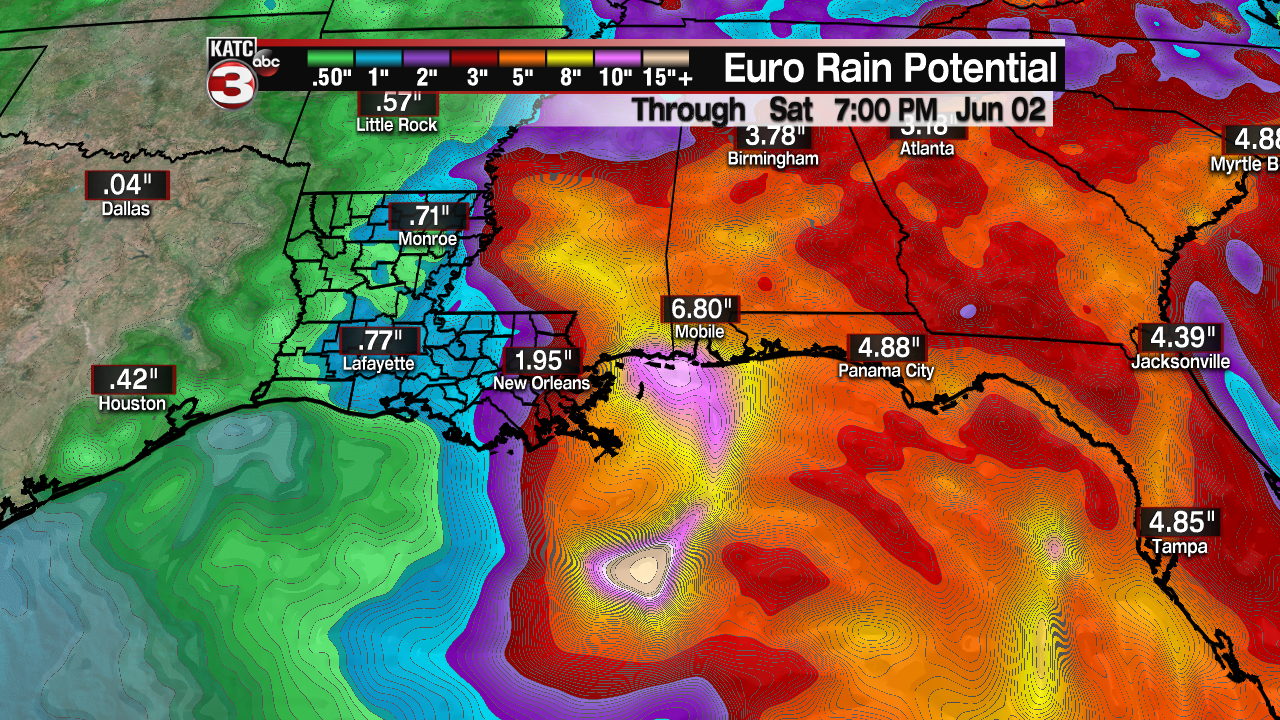 Quick note to those of you with travel plans this weekend, it is still too early to give an exact time and track which means it’s also too early to say with certainty how much rain will fall.

If you go ahead with a weekend trip as planned remember that the water will be churned up and dangerous well before the storm arrives, and deadly rip currents will be likely all along the coast line.

Those who will be staying in Acadiana this upcoming weekend may have some better luck as it looks like we’ll be right on the western fringes of this system and out of the wetter eastern half.

That being said there’s still a lot of moisture in the atmosphere and we’ll be close enough to the low that a few bands of heavy showers will be possible as the system passes to our east, along with some gusty winds.

It’s that same proximity that will keep us forced to tune in as very small changes in track could have major changes to Acadiana’s impact over the weekend and early next week.

This forecast will continue to evolve and change over the next few days so stay tuned to KATC.