Rain may extend into next week

We’re still waiting to see what this area of deep moisture in the tropics will do in regards to the Gulf of Mexico, and the National Hurricane Center still gives it a 60 percent shot at development by the weekend.

Whether or not the system ends up with a name is besides the point, the more important details will be the impacts which will be felt all across the central Gulf Coast. 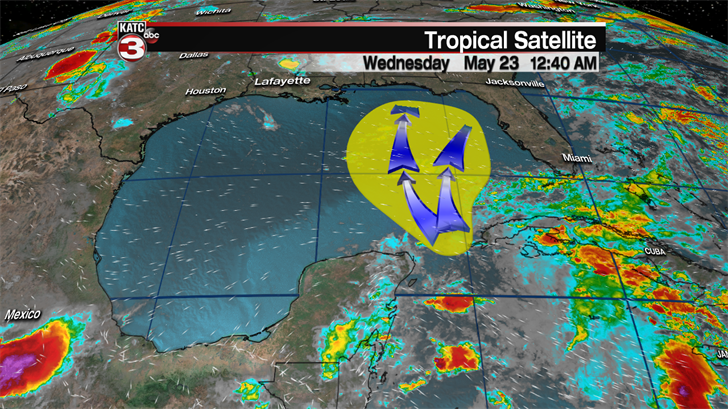 There is still two different trains of thought, the first being a push into the eastern Gulf and eventually bringing a very wet weekend to the Florida Peninsula, and a mess along the central Gulf Coast.

While the biggest impacts still look to be east of Acadiana this weekend, there will be plenty of people heading east for the holiday and spreading out all along the Gulf Coast.

A wet scenario seems more then likely from the Florida Peninsula to the eastern half of Louisiana with heavy showers eventually drifting to the west through the beginning of the work week. 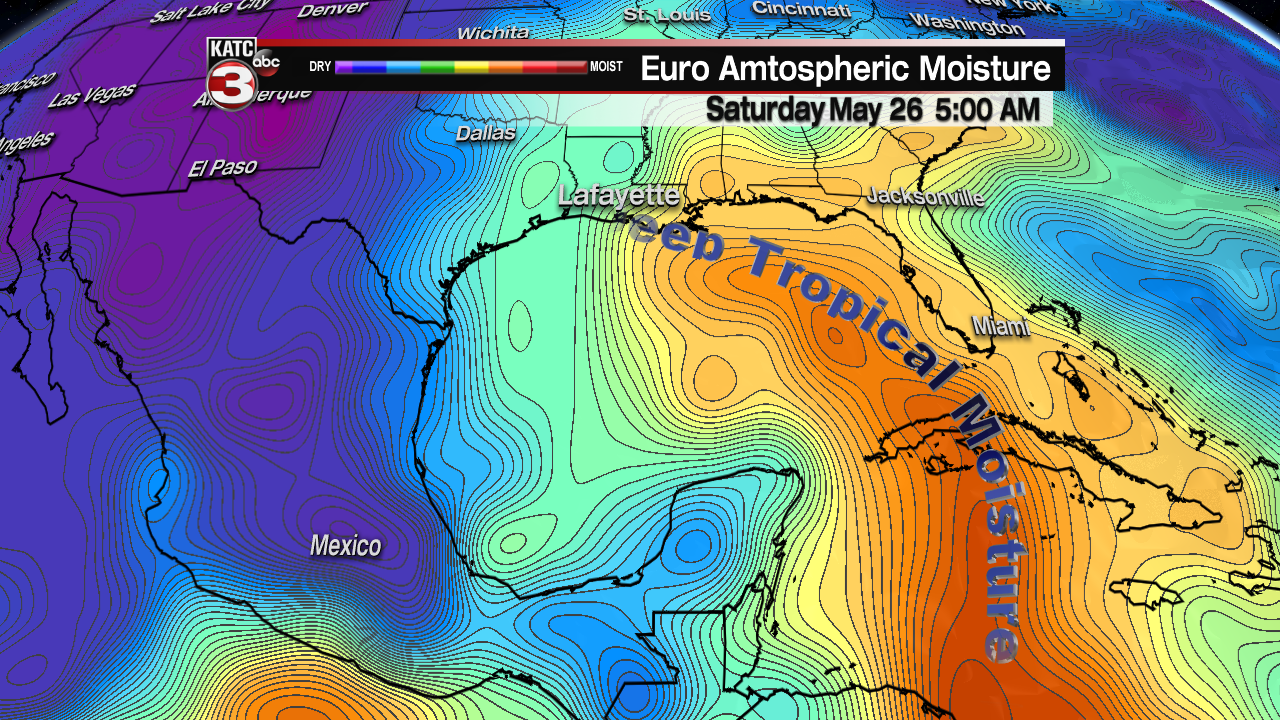 The surge of moisture into the Gulf of Mexico will begin on Friday which means our rain chances will be bolstered by the end of the work week, although the early rounds of rain will arrive in waves.

Saturday and Sunday it will be sustained heavy showers to our east, from roughly the Mississippi/Louisiana border out to Panama City, Florida with with some rain totals pushing into the 10" range.

Acadiana through the weekend will experience rounds of showers starting on Friday, although it won’t be the sun up to sun down type showers they’ll get to our east. 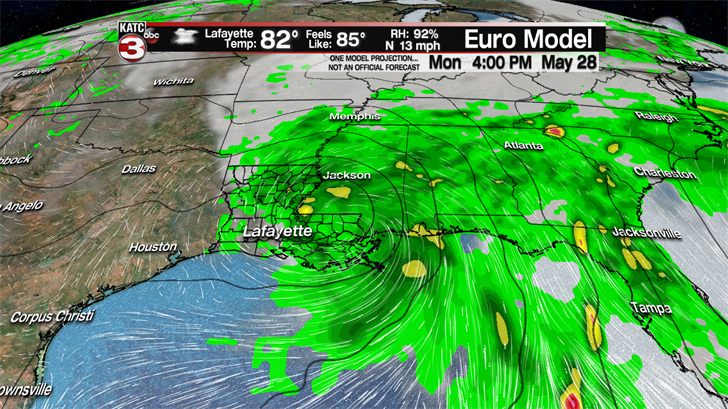 There’s been a few looks now that have shown this low slowing down and drifting to the west slowly, pushing that deeper moisture into Acadiana which would lead to more sustained rainfall to begin the week.

This drift to the west comes along with a deep slow down as it fizzles out, this trend will be interesting to watch as it’s been prominent in several runs now and further consistency could lead to some confidence.

It’s still too early to speak definitively of exact rain totals but a westward drift could end with a 4"+ event over several days worth of rain lasting from the weekend through next week.

Remember there is still a lot of uncertainty surrounding this system but as we get closer to the weekend we’ll have to watch even closer until some of that uncertainty goes away.