Question marks remain for the weekend

There’s a lot of questions still lingering with regards to the weekend, and luckily we still have plenty of time to answer those questions before the weather starts to set up along the Gulf Coast.

All of these questions stem from a surge of tropical moisture that is slowly drifting into the Gulf of Mexico, where it may battle through some very unfavorable conditions before developing into something further.

The disturbed area currently (Tuesday morning) sits north of Honduras and is having a tough time moving north, although over the next several days it’ll work it’s way into the eastern/central Gulf of Mexico.

Tuesday morning brought little consensus between the two major models, although the EURO solution has the system drifting a little further to the east which would take any flooding threat to our east.

Timing still seems to be plenty of wet weather over the weekend, however, variation between each run will be inevitable as small changes in direction and speed of this system could have major impacts.

*This is raw model data, this is not a forecast* 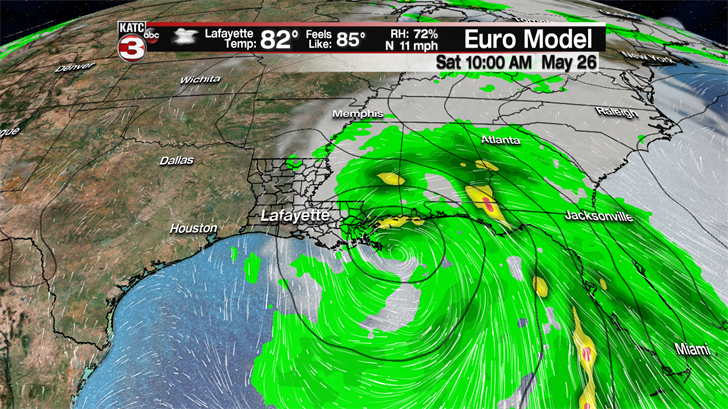 This is quite the shift from the Monday morning run which had a storm moving in along Vermilion Bay on Saturday afternoon, and seems to be more consistent with the Monday afternoon run which started the shift.

Consistency is a crucial ingredient to a good forecast so will tend to lean a little more on the side of the EURO as opposed to the solution that has been offered by the competing GFS model.

While the showers would remain a little less consistent in Acadiana with Memorial Day weekend coming up there will be plenty of people trying to kick the summer off by hitting the beach.

Those with travel plans though may want a back up plan as it looks to be soaking wet for all the Gulf Coast beach town all weekend long, and they could even experience some flooding. 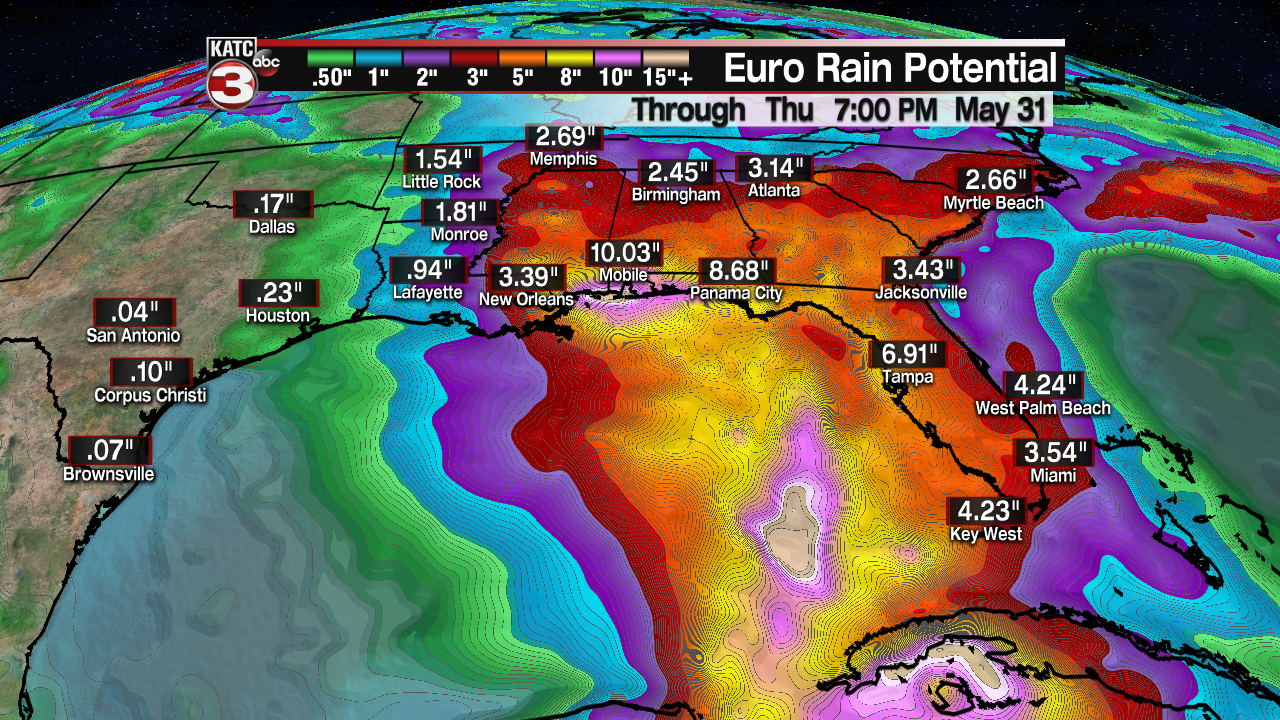 The nature of these tropical showers can be problematic in the way they set up as well, with a possibility of some of those number doubling if a shower stalls or rain starts to train.

You’ll notice, however, that Acadiana isn’t hatched in for an unreasonable amount of showers which is good as this time of year storms are more likely to drift east instead of west.

The eastward trend is most evident in the solution posed by the GFS which brings the system to the Florida Peninsula and away from the central Gulf Coast. 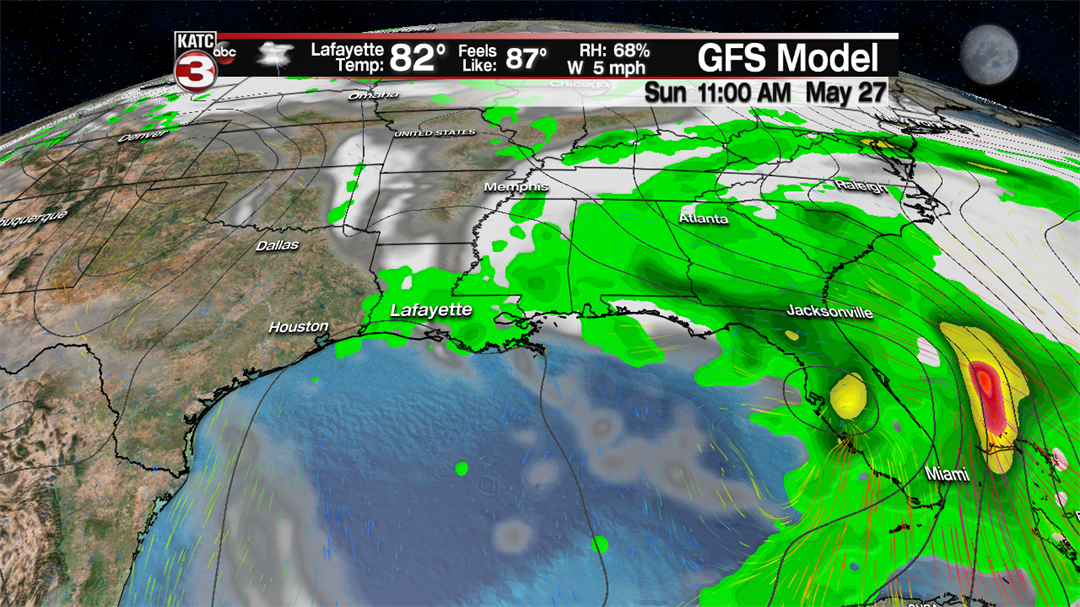 GFS solutions are considerably messier and also a little slower moving then the EURO counterpart, this would remove the heavier rain totals from our neighbors to the east and move the more impressive totals to south Florida.

As this model has the rain a little more widespread the rain is flung more across the region which has lead to higher rain totals over a seven day period for us here in Lafayette.

As of Tuesday morning it looks like the EURO may be the safer bet so will lean heavier on that model and its impacts in regards to forecast for the central Gulf Coast.

Regardless of the exact time the rain will arrive and the exact precipitation totals the take away should be that it will be a wet, at times torrentially so, weekend all along the Gulf of Mexico.

Acadiana residents will want to continue to monitor this system beyond the weekend as it does look like it will drift, very slowly, to the northwest keeping rain in the forecast into early next weekend.

This forecast will continue to change, and we’ll be sure to bring those changes to you keeping you updated on the details you’ll want for the holiday weekend.