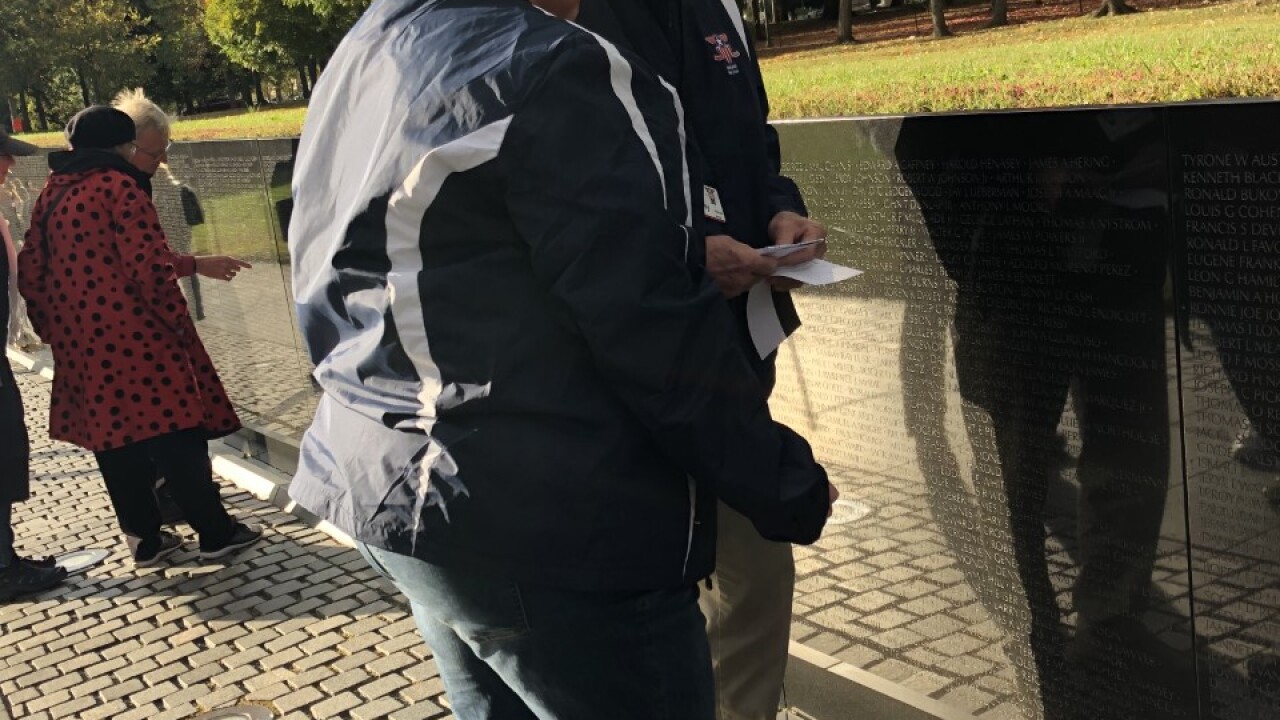 Donny Igram spent most of his time at the Vietnam Memorial searching for the names of two friends who paid the ultimate price. 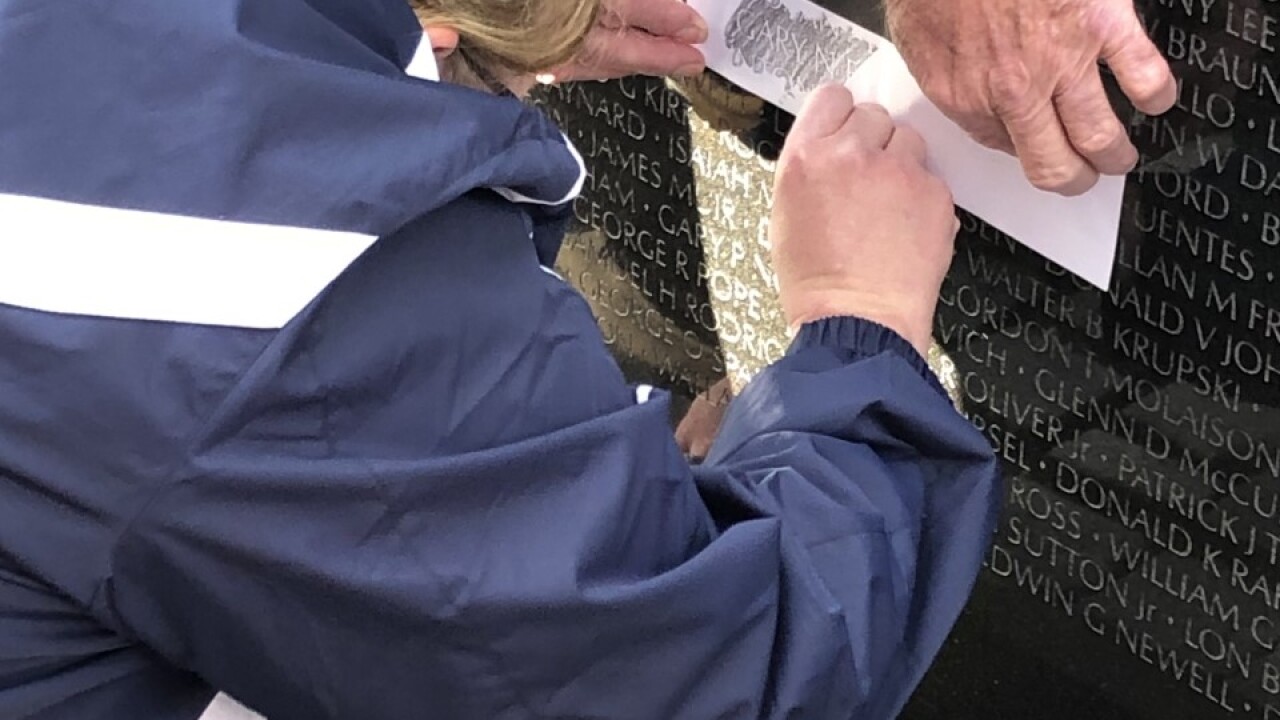 Donny Ingram had a mission to accomplish. A mission he had been thinking about for years.

Now, he has finally accomplished that mission.

"I can't believe the emotions that you feel when you walk by this wall," Donny said as he motioned to the Vietnam Memorial Wall. "Having been there is different than someone who is just observing."

The task was not easy. Ingram scanned the rows and rows of names as he searched for just two.

Holli Lamb was not someone that Ingram knew personally, but he was from Tyler, Texas, a hometown boy who paid the ultimate price.

"He grew up in Tyler, Texas where I'm from," Ingram said. "He was drafted very young and went off to Vietnam and was killed the same year that he was drafted."

The other, Gary Frye, was a close friend of Ingram's who had a dangerous job.

"He was an 'FO,' which stands for Foreign Observer," Ingram explained. "He would go out and call in the artillery to us, and we would in turn shoot those coordinates. It was a very dangerous job that he had."

Despite those dangers, Ingram said Frye would show up every evening with a smile on his face, ready to play cards.

But one night, he did not show up.

"We found out that he stepped on a landmine and was killed," Ingram said.

At just 22, Ingram said he learned the hard reality that is war.

"They sent you over as a boy, and they forced you to become a man."

As Ingram walked the distance of the wall, he said the experience was helping him heal.

"I think something like this helps you to get over whatever you feel," Ingram said.

As Ingram continued on his mission he spotted one of the names.

Ingram bent down to etch out Lamb's name on a piece of paper.

Farther down he finally found the name that he had been longing to see.

Ingram bent down once again and began to sketch out Frye's name on another piece of paper.

After spending a few minutes honoring his friend, Ingram said he finally found the peace that he had been seeking all of these years.