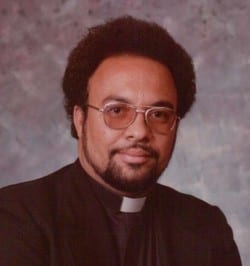 Alleged Abuse:  Accused of sex abuse in 1972; the lawsuit was settled.  No criminal charges filed.

Where is he now:  Deceased

Valerie Pullman was accused in a lawsuit in the early 2000s of molesting a young altar boy in 1972. In the lawsuit, the victim alleges that the abuse continued until he was 15 or 16 years old, and even occurred at an out-of-state religious conference that he attended with the priest, the Advocate reported.

The suit was settled in September 2007.

In a 1995 deposition, Bishop Frey testified that an allegation was made against Pullman in 1985. Frey said he sent Pullman off for treatment. Pullman ended up serving in the Diocese of Lake Charles.

In other court documents, produced by the diocese, a notation about Pullman appears follows:

1986:  On duty outside the Diocese of Lake Charles

(This timeline is incomplete because of missing documents.  Pullman’s obituary also lists that he worked at Our Lady of Peace in Lafayette and Immaculate Heart of St. Mary in Lake Charles.)