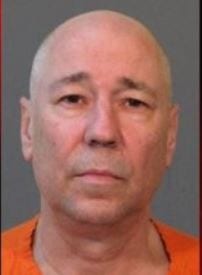 Where is he now:  Angola Prison

In March 2012, former priest Mark Broussard was accused of sexually abusing altar boys between 1986 and 1989 and arrested at his home in Duson.

The investigation into allegations of sexual abuse began in 2011, after a letter surfaced alleging that Broussard had abused a Calcasieu Parish man when the man was a child.

The man wrote a letter to the bishop accusing Broussard of molesting him, and he testified on the first day of Broussard’s trial.

After his trial in February 2016, Broussard was found guilty of aggravated rape, aggravated oral sexual battery and molestation of a juvenile. He was sentenced to 250 years in prison – with each of the sentences to run consecutively.

2017: Files appeal for conviction that is denied, Lake Charles