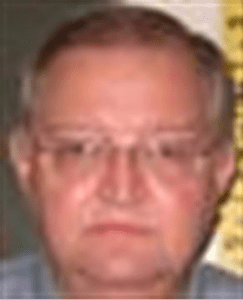 Alleged Abuse:  Convicted of molesting a child in Vermilion Parish in 2001; he had been accused three years earlier of molestation in another parish but was only suspended and sent for psychiatric treatment.

John Wesley Andries was pastor of St. Margaret in Boyce when he was accused of molesting a teenage boy in 2001.

Andries pleaded guilty to molesting a 16-year-old when he spent the night at the child’s home in Abbeville, according to court documents. He was sentenced to two years in prison, and was denied an early release on parole when he applied for it.

The family of the child, who later sued the Diocese, knew Andries when he was a younger priest, in the late 1990s. They missed him when he disappeared for a year, an absence that was characterized publicly as a sabbatical. But, the Houma Courier reported, what really happened was that Andries was accused in 1998 of molesting a Natchitoches boy, was suspended and sent for psychiatric treatment.

That criminal complaint was dropped, and Andries returned to service, the Courier reported. He came to visit the boy’s family at their new home in Abbeville, and ended up spending the night. During the night, he reportedly molested the family’s youngest son.

When the family contacted the church about the incident, they were advised to “think about the church” and “pray on it” before contacting police, the Courier reported.

1999:  Nativity of the Blessed Virgin Mary Church, Campti, LA (according to the directory)

1998-2001:  St. Luke Institute, Silver Spring, Maryland (for psychiatric treatment). Listed as “on leave” in the directory.

2001:  Accused of sex abuse in Abbeville