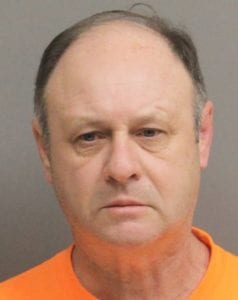 Where is he now:  Acadia Parish jail

Felix David Broussard was the priest at St. Bernard Catholic Church in Breaux Bridge, and also oversaw the elementary school there, when he was arrested in 2016 and booked with possession of child pornography.

A computer technician working on Broussard’s computer found child pornography and called police. The diocese removed Broussard immediately and cooperated with investigators. Bishop Douglas Deshotel called a press conference and explained what had happened, and answered questions from the media.

Broussard told investigators he knew viewing the images was wrong and that he “‘repented’ after every episode, according to an arrest warrant obtained by our investigative team.  Investigators believe the searches happened from July of 2014 to July of 2016.

Authorities said the pornography involved children ranging from infants to 12-year-olds. There were more than 500 images on the computer he used at the rectory. He pleaded guilty in October of 2018 and was sentenced to five years in prison.