Acadiana will see more of the same recent weather pattern with hot and humid days, punctuated with scattered afternoon showers and thunderstorms, but very deep tropical moisture will be advancing northward from the Caribbean later this week, with potential heavy rain impacts may develop across portions of the Gulf Coast states for the holiday weekend.

In the near term, expect a relatively benign forecast with partly cloudy, hot and humid conditions with a near 30% chance of scattered afternoon/early evening showers and a few thunderstorms.

Temperatures will continue to top out in the lower 90s through much of the week, but there will probably be a subtle increase in our afternoon rain chances toward the end of the week as higher atmospheric moisture content and a general weakness aloft develops across the region.

As for the tropics, today marked the first day that the National Hurricane Center (NHC) began commenting on the deep tropical moisture pooling in the western Caribbean that is expected to migrate into the Gulf of Mexico later this week.

The NHC gives this system only a 20% chance of development this week, but the main issue will likely be the threat of heavy rainfall and possible flooding, somewhere across the Gulf States moving into the weekend.

The European Model has been the most aggressive in development of this potential system and farthest west with its deep tropical moisture, while the GFS model has been consistently slower and less organized, and favors the Eastern Gulf and Florida with the highest impacts. 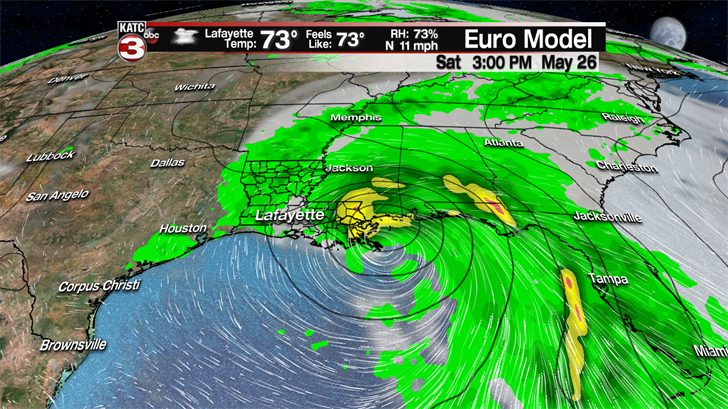 There remains many questions on the evolution of the pattern across the Gulf of Mexico and the adjacent Gulf States into this weekend, but the main "take-away" is that there will likely be somewhat of a hostile upper atmospheric environment for significant tropical development, however with light steering currents surrounding this feature aloft, and warmer than normal temperatures in the northern Gulf of Mexico, there could be some development into a depression or a weak hybrid tropical storm. 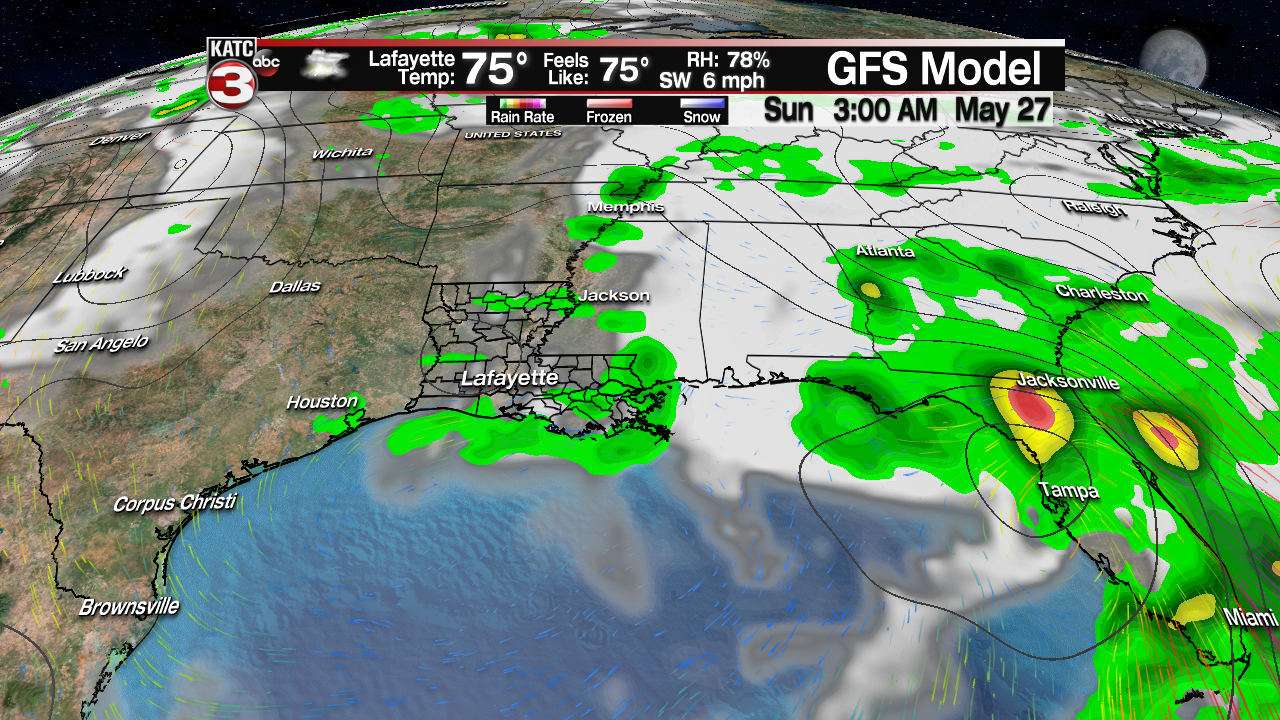 What is for certain, is that deep tropical moisture will likely bring the threat of heavy rains anywhere from Florida to Louisiana by this weekend, with the potential for flooding developing somewhere later in the holiday weekend into possibly mid-next week as the system may meander across the Gulf States for days.

The most troubling aspect of this system is that it may stall or meander for days, and similar to Harvey last year, and the August Louisiana Flood the year before, a named system or not, a stalling tropical system can, and usually does result in some serious flooding somewhere, and where that will be and when remain in question.

A quick comparison of the model trends have the Euro strong and farther to the west as an upper low near the Texas Coast today melds with the upper low coming out of the Caribbean later in the week, while the GFS Model keeps that Texas upper low a little stronger keeping the deeper tropical moisture and any development confined closer to the Eastern Gulf and Florida.

What appears the most certain at this point, it will likely be a messy and very wet Memorial Day Weekend for some along the Gulf Coast, and indeed talk of heavy, flooding rains may continue well into next week.

For now, the Acadiana forecast calls for increasing rain chances locally this weekend carrying into early next week, and there’s no way an accurate forecast for rain totals and where they manifest can be made…but it does appear that this system, similar to set-ups in the past, invariably result some multi-day rain totals that could exceed 10-15" or more, somewhere across the Gulf States through this weekend and beyond.

Stay tuned for more changes likely to come in the forecast.