No real changes to the forecast to start of the work week meaning we will stay hot and humid with highs in the lower 90s and heat indices pushing the mid to upper 90s. 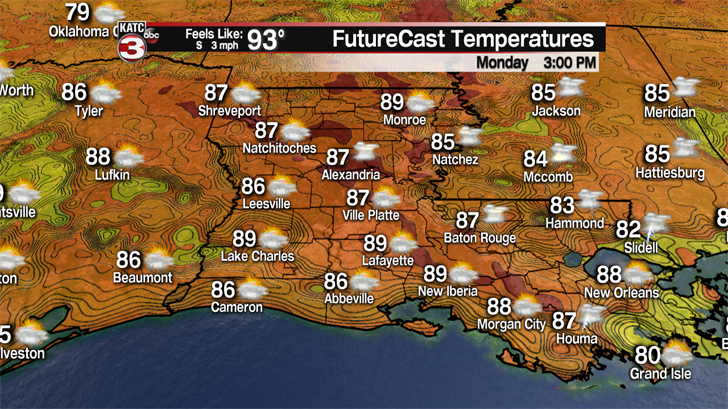 Like this weekend there is only a 20% for a few isolated showers Monday afternoon across Acadiana. 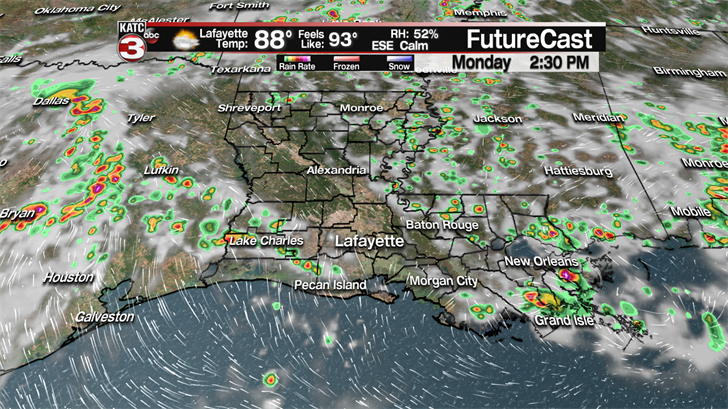 Moving into Tuesday and Wednesday rain chances bump up to about 30% as we should get a little better heating/forcing during the afternoon/evening to spark off a few more pop-up showers/storms. 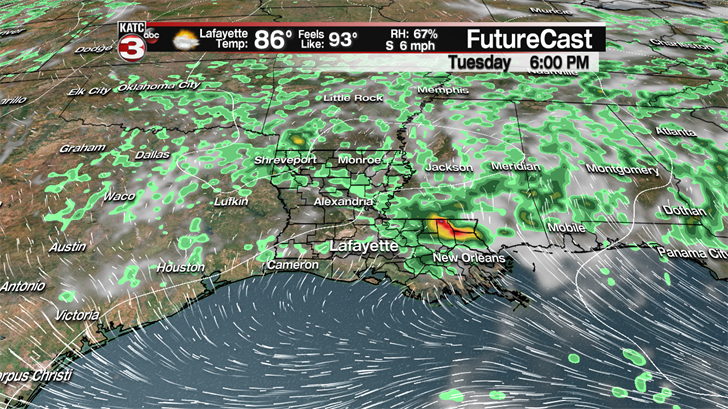 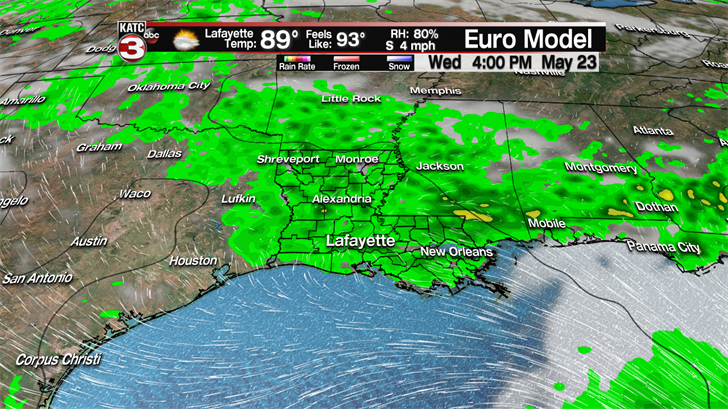 Then by Thursday and Friday some tropical moisture begins to push out of the Gulf and over the region increasing rain chances to about 40% both afternoons. 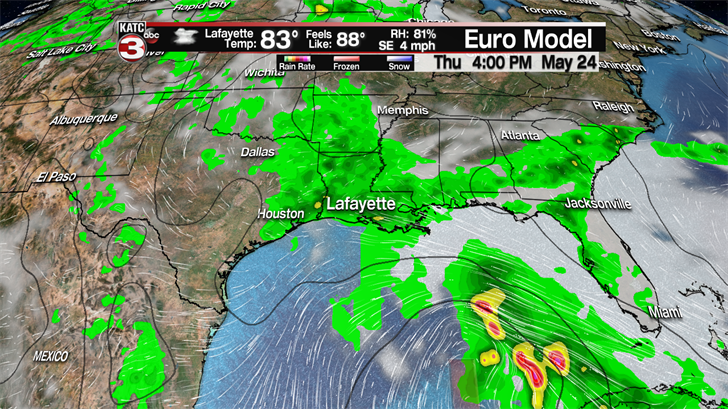 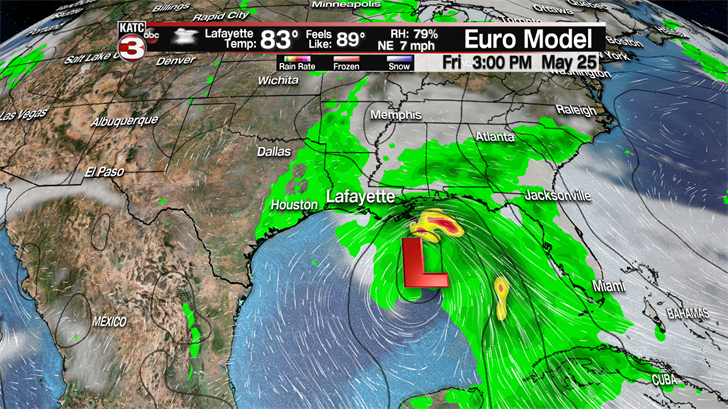 Hopefully, many locations across Acadiana can pick up a few decent showers this week as most of Acadiana is dealing with abnormally dry conditions. 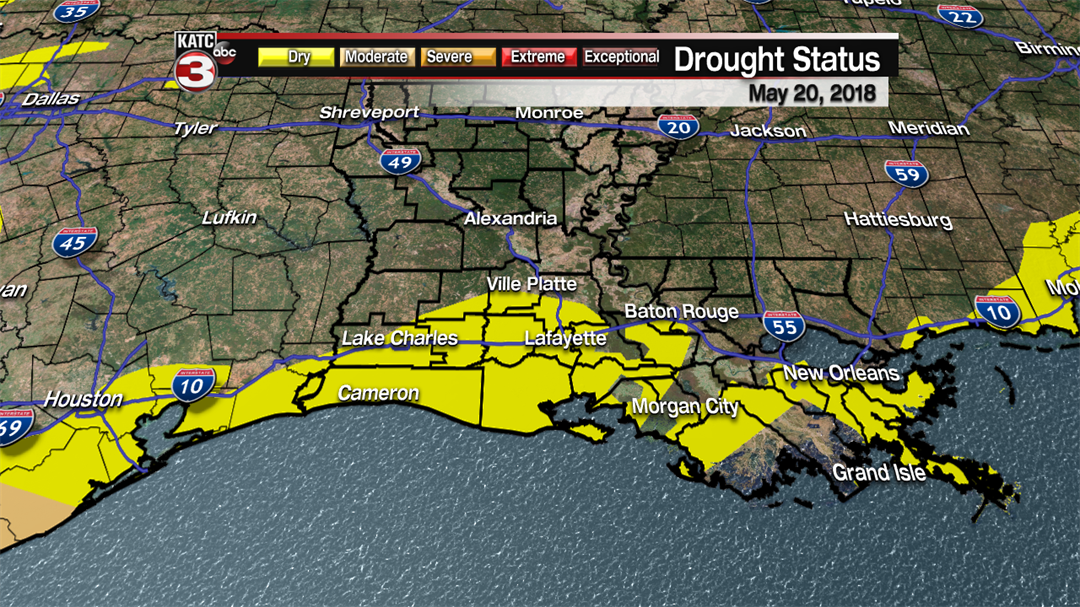 Looking ahead to Memorial Day weekend there are still a lot of questions regarding the forecast.

As mentioned there is the possibility for a weak low to develop in the Gulf by Friday but the models have been all over the place as to where the low will eventually go.

Also, both the GFS and European models have been changing a lot from run to run on the placement of the low and the amount of rain it could produce.

So, at this time I am going with just a 30-40% chance for a few scattered showers/storms each afternoon Saturday through Monday.

When it is not raining we will have a mix of sun and clouds with highs in the lower 90s and feel like temperatures in the mid to upper 90s.

Thus at this time I would not cancel any outdoor plans but I would advise checking back throughout the week as we and the models get a better idea of what is going to happen in the Gulf by next weekend.