Record-breaking heat across Acadiana combined with a southeastward-rolling upper-level disturbance, allowed for some strong across portions of Acadiana Tuesday afternoon, and we should expect more of the same Wednesday.

Another upper disturbance in Texas and Oklahoma this afternoon may be the impetus for storms locally tomorrow afternoon, and they may last into tomorrow evening. 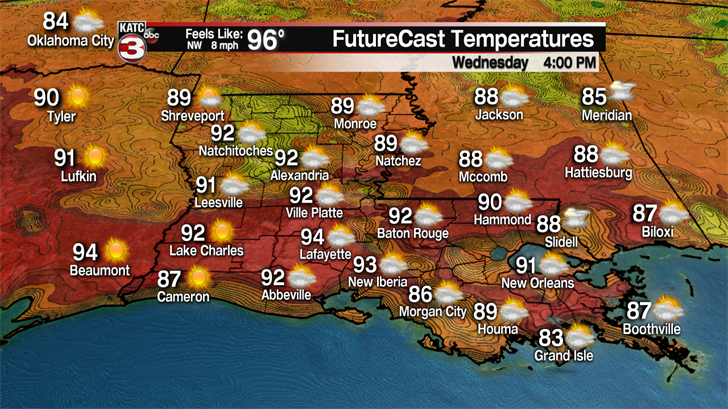 Rain chances Wednesday should be in the 20-30% range, but like Tuesday, some strong storms will be possible accompanied by gusty winds and the threat of some hail.

Before the storms, do expect more record breaking heat with highs in the mid-90s likely…if so, another record will be broken with the hottest reading in Lafayette for May 16th being 92F set in 1998.

The pattern will likely remain similar for Thursday, but Friday and Saturday rain chances should decrease down to about 10%.

Little change in overall pattern is anticipated into next week and beyond with the 10 Day Forecast filled with partly cloudy skies, hot temperatures in the low-mid 90s, along with the slight chance of a few afternoon storms on any given day.

Meanwhile, in the tropics, the weak area of low pressure in the Eastern Gulf of Mexico will keep Florida and portions of the Southeast U.S. on the wet set, but no development is anticipated with this system as it drifts northward over the next day or two.

Interestingly enough, both the Euro and GFS long range models keep a similar pattern going for the next 10 Days with a monsoonal tropical trough running from the Northwest Caribbean to Florida.

And there may be the outside possibility of a tropical system developing within the monsoonal trough in the the 10-12 day period…we’ll see.

One final climate note: Records were broken Tuesday and a couple of more could be likely Wednesday. 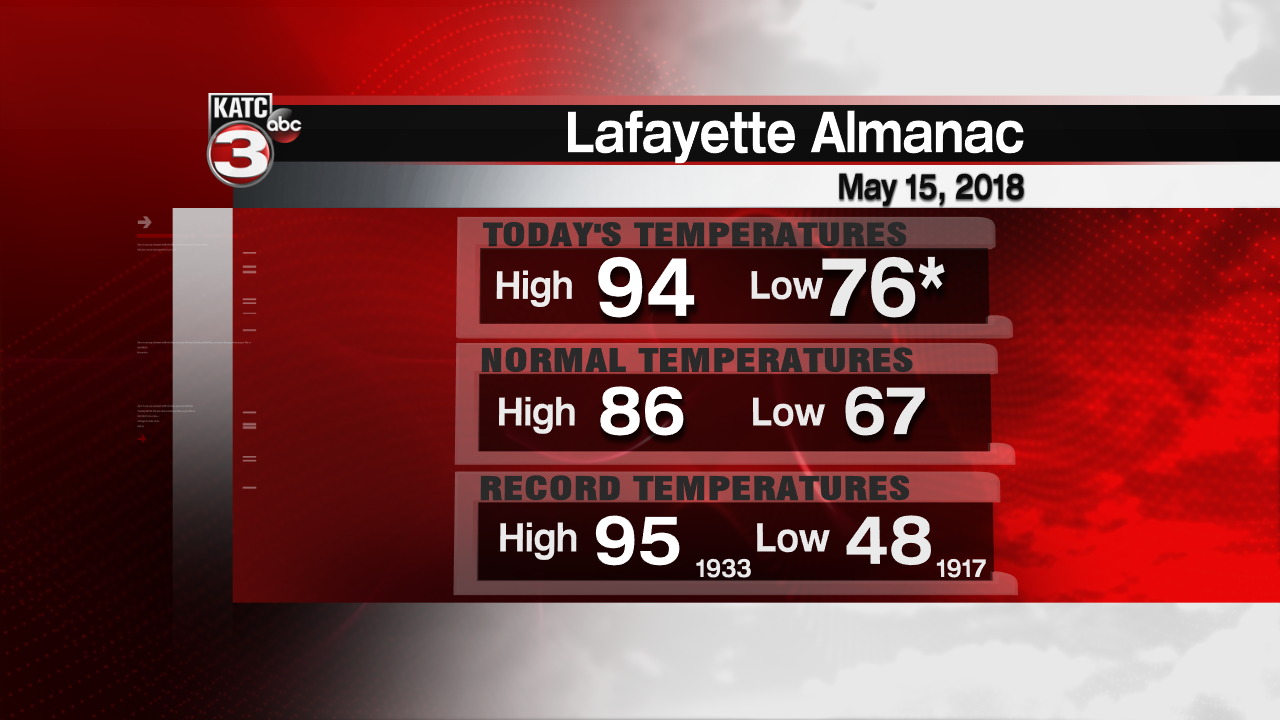 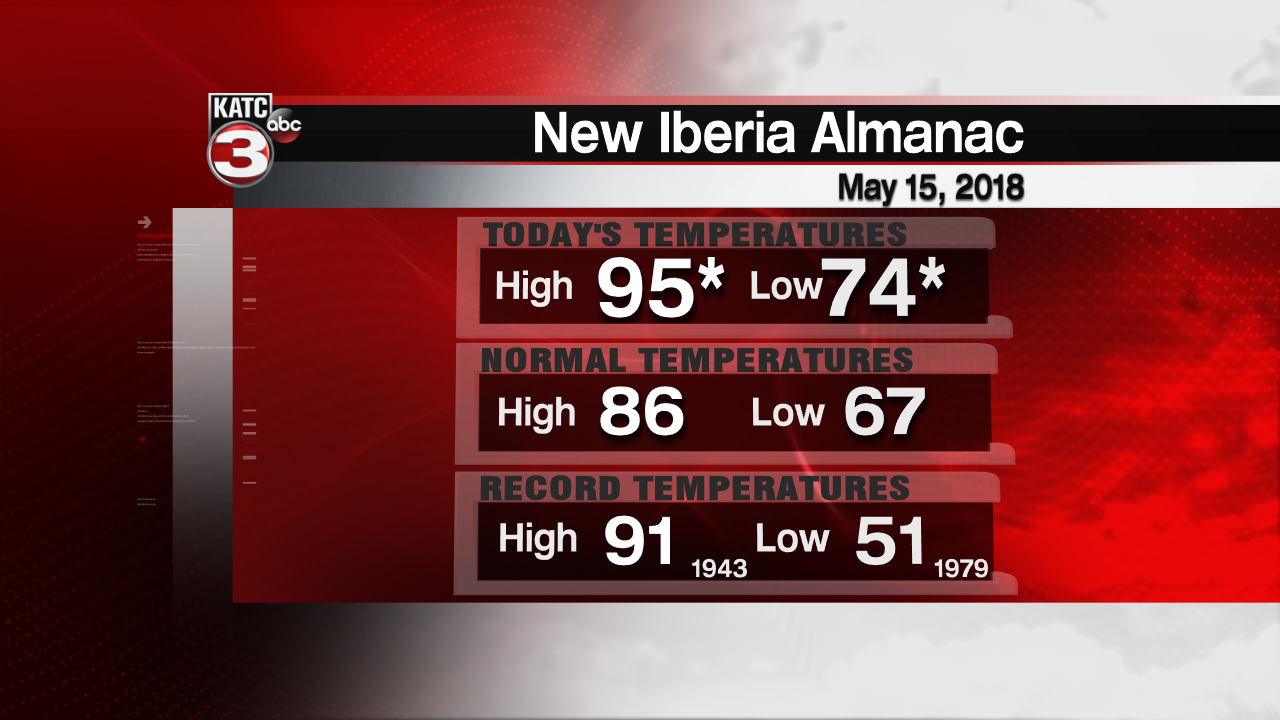 The record highs for Wednesday for Lafayette and New Iberia respectively is 92 for both stations…definitely in jeopardy.