Acadiana can expect another relatively nice, warm and rather humid Friday ahead of a frontal system that should bring scattered showers and perhaps a few thunderstorms to the area Saturday.

After a mostly cloudy and mild morning start, look for a sun and cloud mix (with more high clouds as well) during the afternoon as temperatures push back into the mid-80s. 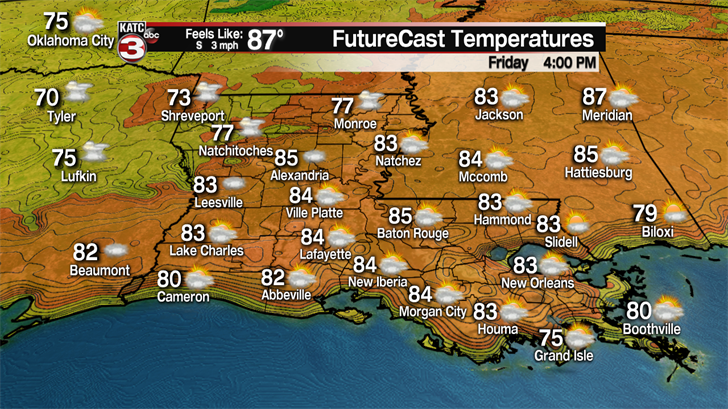 There will be a very slim, 10% chance, of an isolated late afternoon/early evening shower, but the better rain chances should come Saturday. 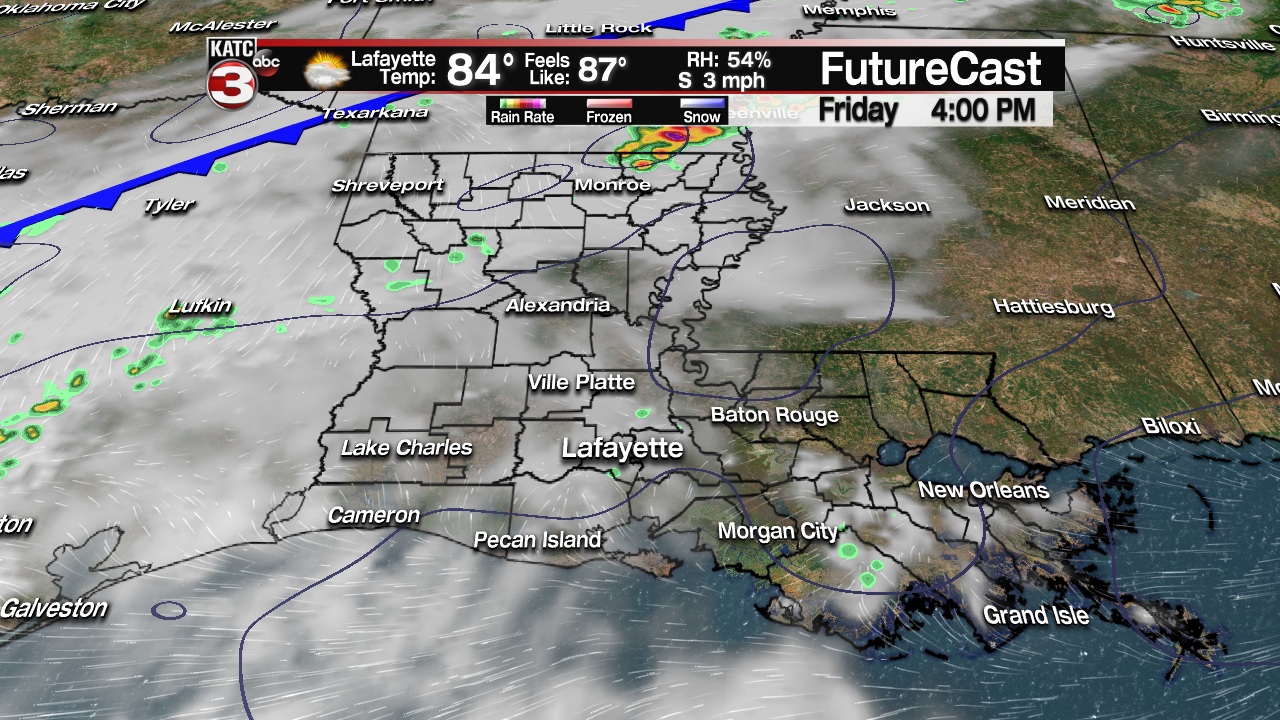 Saturday’s front, which can’t be considered much of a cool front…more like a "dew point-lowering" front, will slowly meander across the area Saturday allowing for roughly a 50% chance of scattered showers and maybe a few thunderstorms.

There shouldn’t be any severe storm dynamics in play and rain totals will be meager at best.

Most areas can expect less than 1/2" of rain, with the most common rainfall amounts likely in the 1/10-1/4" range…which could be unfortunate, as the area is rather dry, and it only looks to get drier and hotter for the next week or more after Saturday. 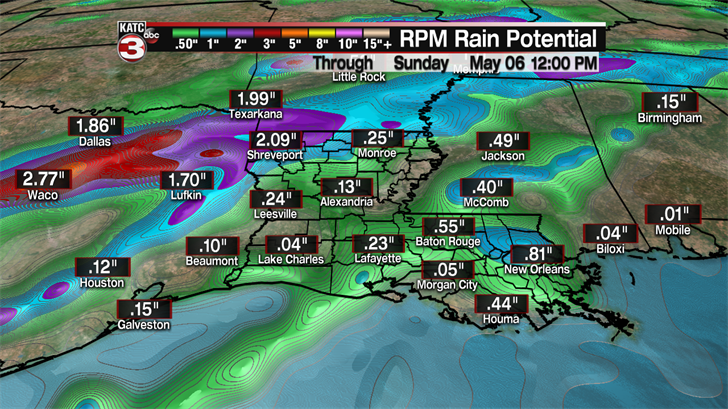 In fact, after Saturday, there is little to zero prospect for rain through all of next week and likely into the following weekend.

Mostly sunny and warmer conditions are likely Monday through next Sunday with highs pushing into the upper 80s.

Acadiana could see it’s first 90 degree readings of the year, especially toward next week.

The long range 8-14 day outlook for the region, through mid-may, calls for drier than normal conditions accompanied by above normal temperatures, which will likely push much of the area into the "Drier than Normal" Drought Status through mid-May. 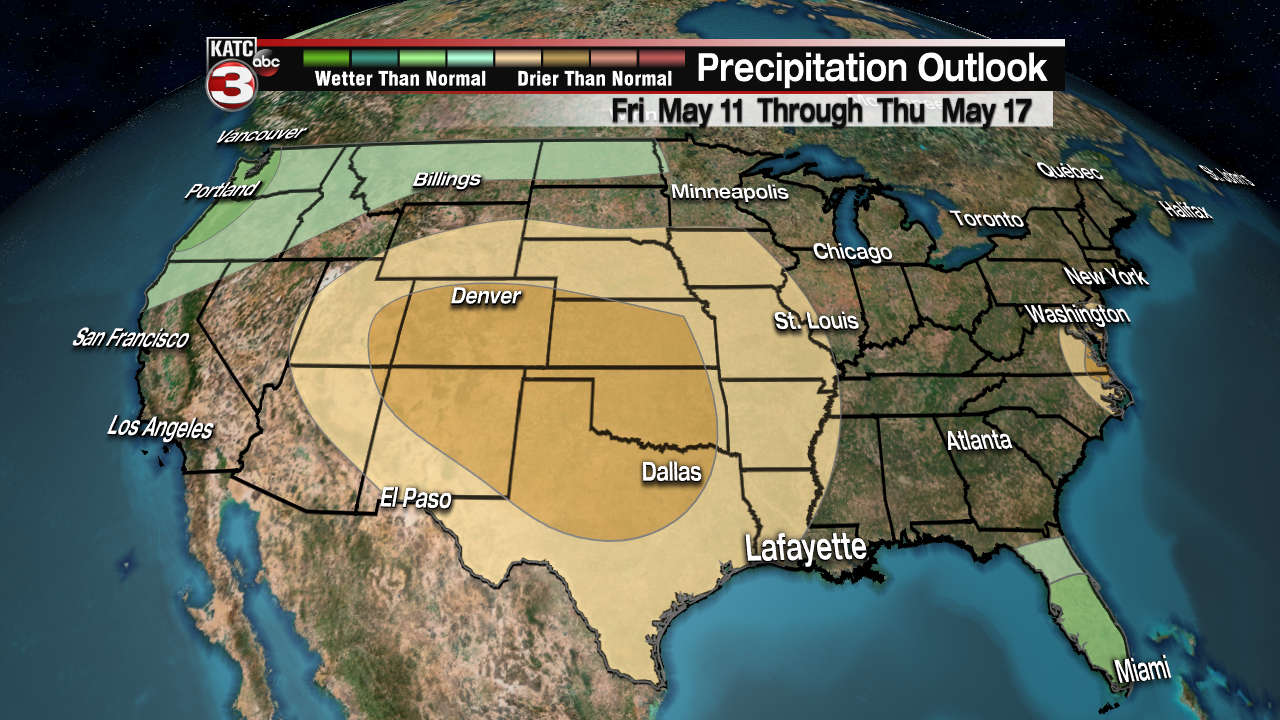 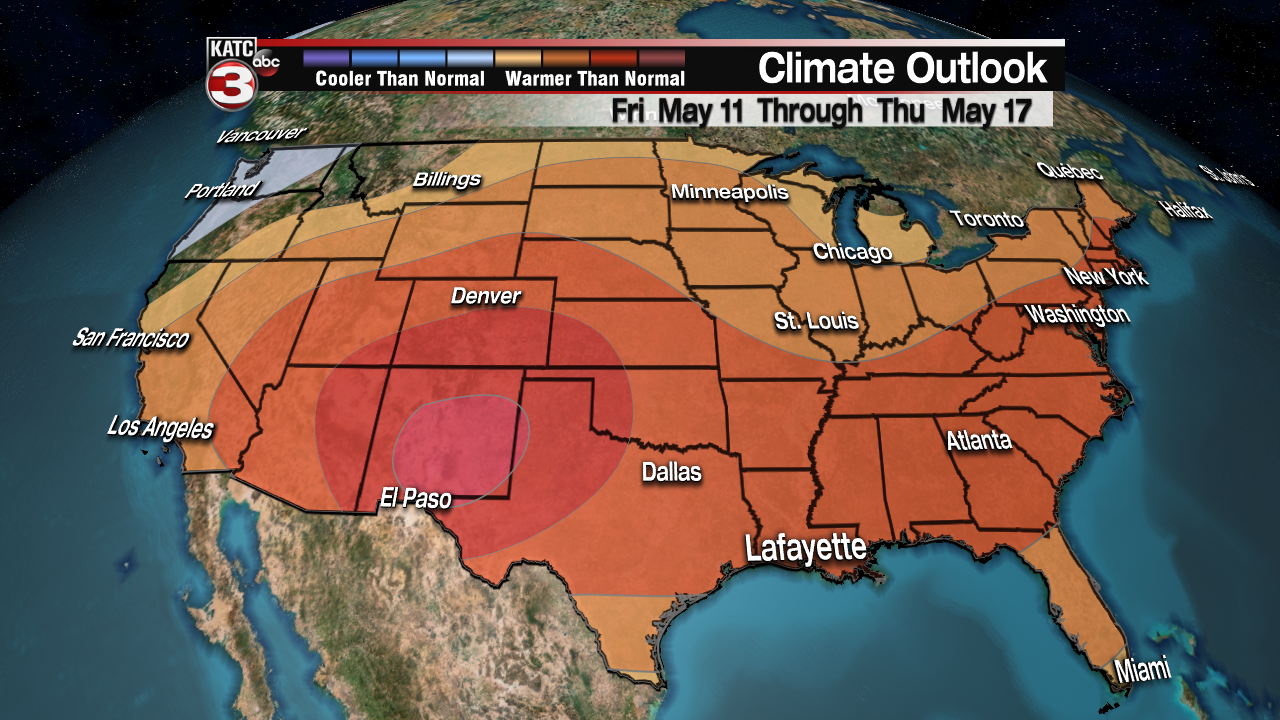 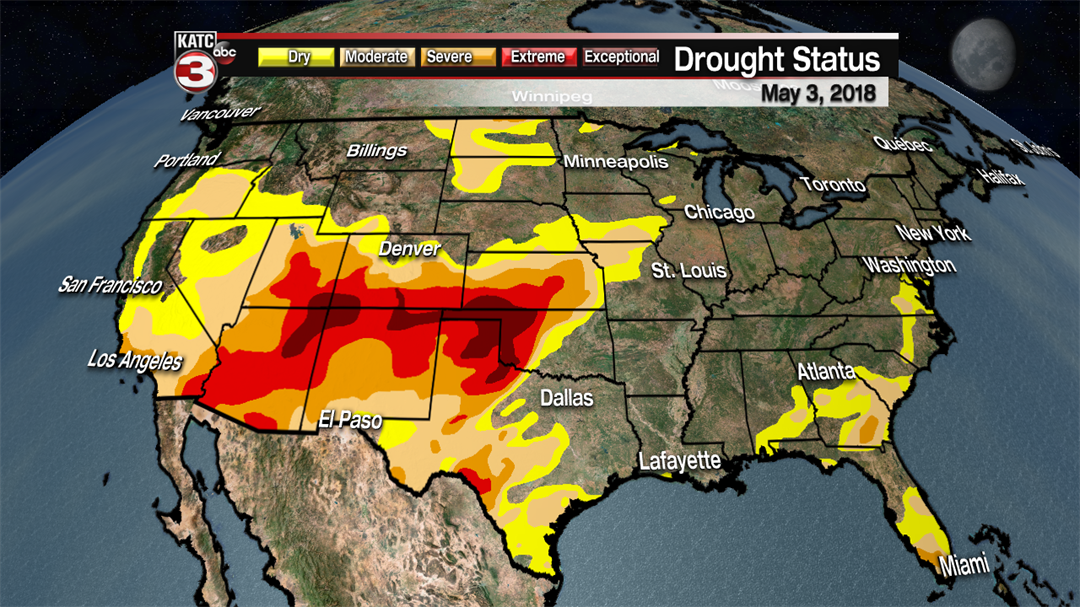 And sometimes what happens weather-wise in May, doesn’t stay in May, and can carry into the early summer months too…we’ll see.