Acadiana’s weather will stay on the typical month of May "sedate-side" with a continuation of warm temperatures along with a touch of humidity.

Like Wednesday, look for morning clouds Thursday with temperatures starting near 70 degrees, to yield to plenty of afternoon sun with readings topping-out in the mid 80s, along with heat index values pushing the upper 80s. 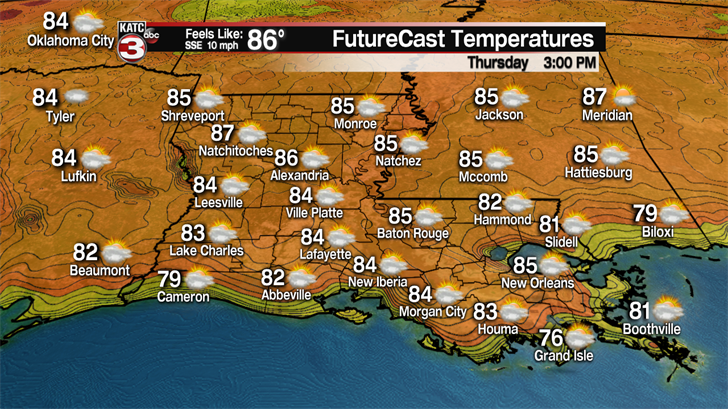 Breezy tropical winds from the south to southeast will continue overnight near 4-8 mph, and during the day at 8-14 mph.

Little change is anticipated for Friday, although there might be a slight (10%) chance of a passing afternoon shower or thundershower, but not likely for most. 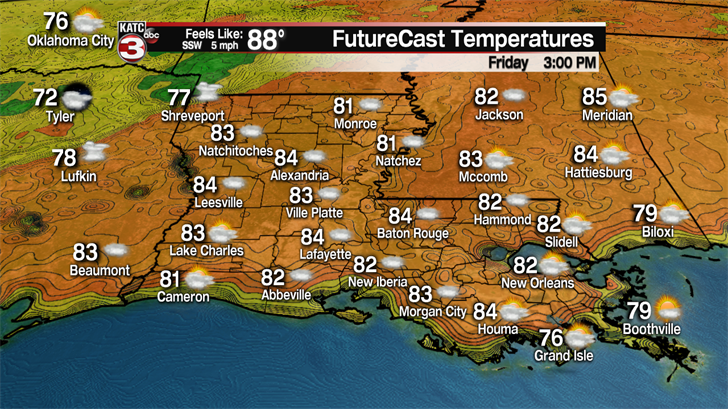 Moving into the weekend, a fizzling frontal boundary will bring more clouds and some rain chances.

But like the last few days, the risk of precipitation continues to be lower, if following the European Model, while the GFS Model maintains better rain chances with some activity lingering into Sunday. 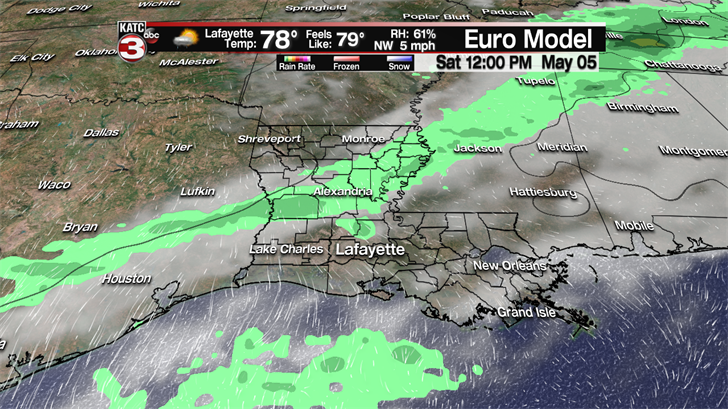 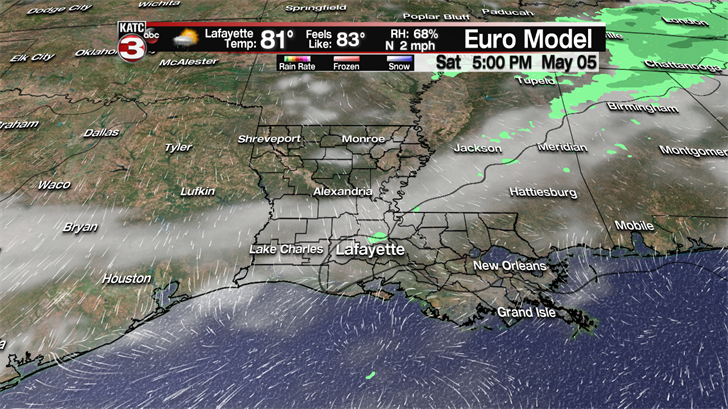 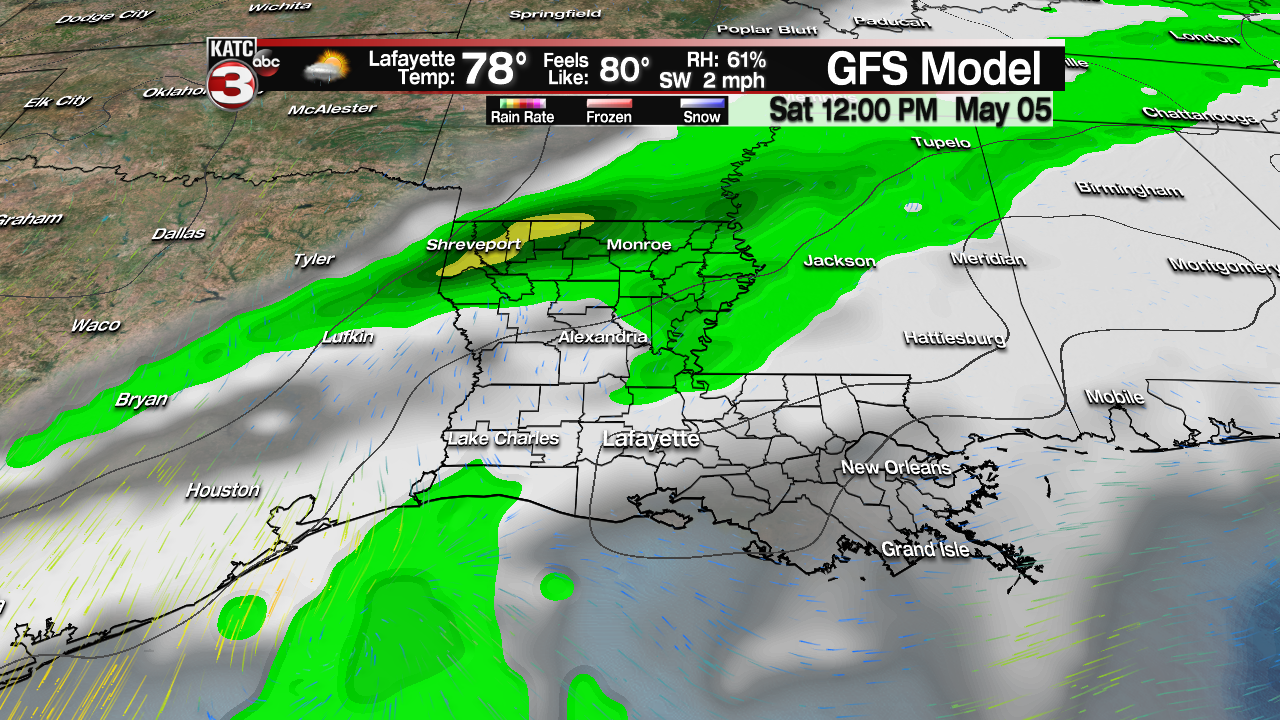 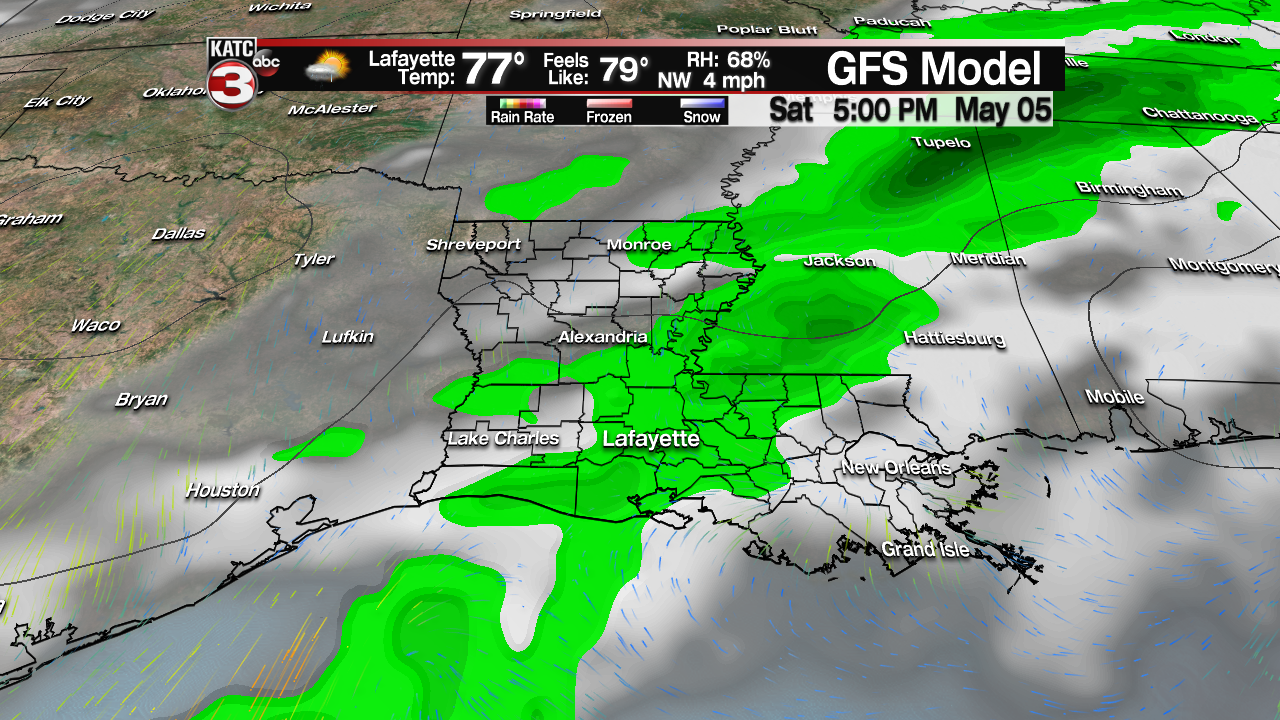 For now we won’t play favorites (although the Euro statistically is better while the GFS does have its finer moments), but use a blend of both models.

So for Saturday, the current forecast includes a 50% chance of showers, perhaps a few thunderstorms. Timing of activity appears to be mainly during the afternoon into the evening hours.

Sunday the Euro clears the area out, while the GFS maintains fairly decent rain chances, so the forecast for no will be mostly sunny skies to return, along with slightly lower humidity and temperatures, but a lingering shower (at 10-20%), especially toward the coast and Eastern Louisiana, including New Orleans will be possible.

The weather pattern into next week and beyond looks fairly quiet, accompanied by slightly warmer albeit with comfortable humidity and mostly sunny skies.

The models are indicating that our daytime highs will push the mid to upper 80s as the week wears on, with hints by that afternoon highs could reach the low to perhaps the mid-90s in the 11-16 day period…summer temperatures therefore, could be not that far away!