After a stormy Saturday, Acadiana will shift gears back to a winter-like mode for the balance of the weekend with temperatures dropping to near normal levels for mid-January!

Locally there were dozens of reports of severe weather across Acadiana Saturday morning, with wind damage to a number of structures, numerous trees felled and power outages. In addition, several funnel clouds were reported especially in St Mary Parish. 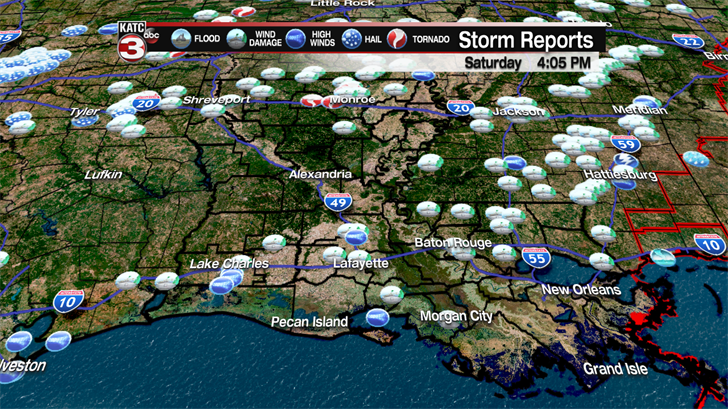 No tornadoes have been officially declared by the National Weather Service…but that may change after any possible assessments. 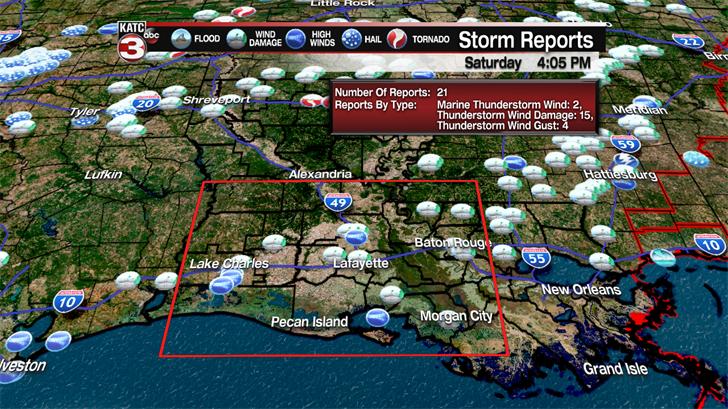 In addition to the strong winds, heavy rains produced rain totals right in line with earlier forecasts of 1-3". No flooding was reported in the area. 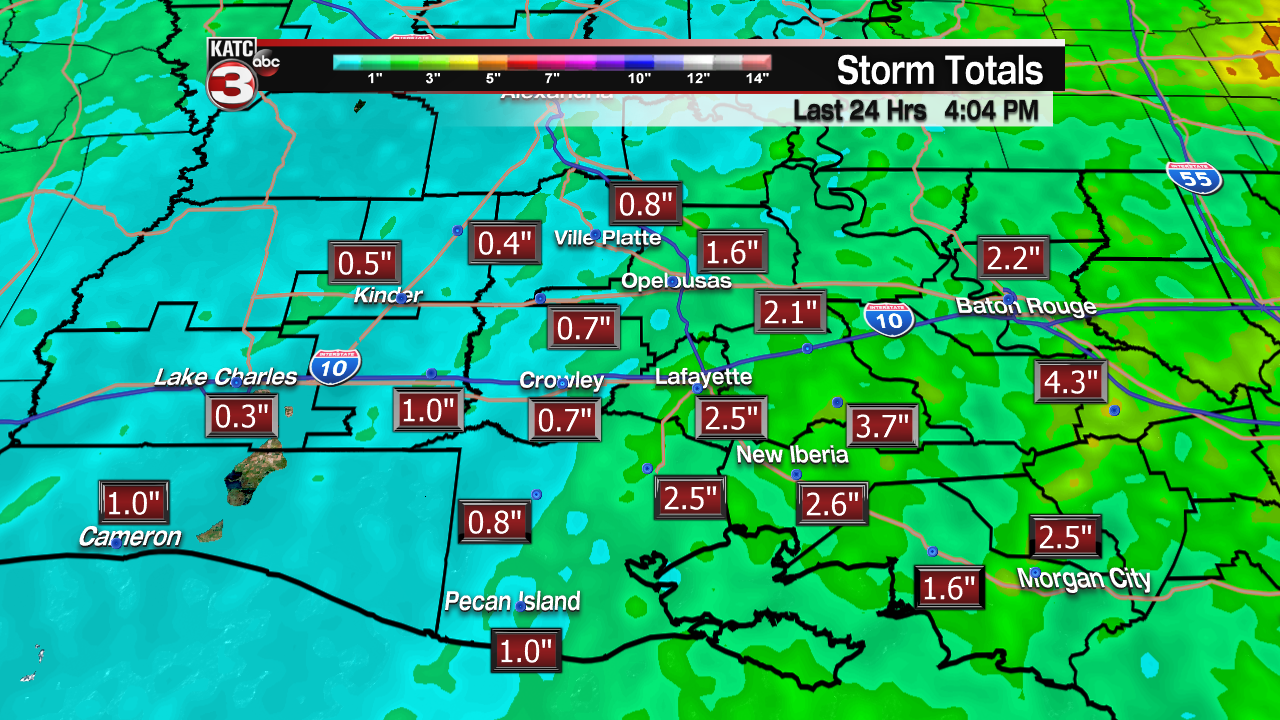 Temperatures Sunday morning will drop into the low-mid 40s with early morning winds chills flirting with the upper 30s. 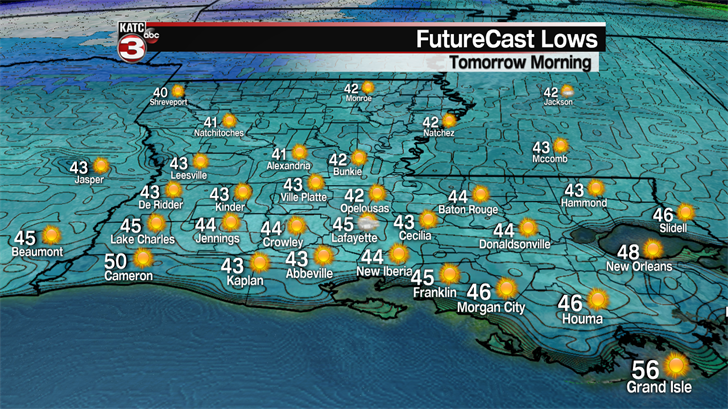 Lots of cool sunshine is anticipated for Sunday, but the sun will be tempered by gusty northwest winds near 15-25 mph with a higher afternoon gusts likely. 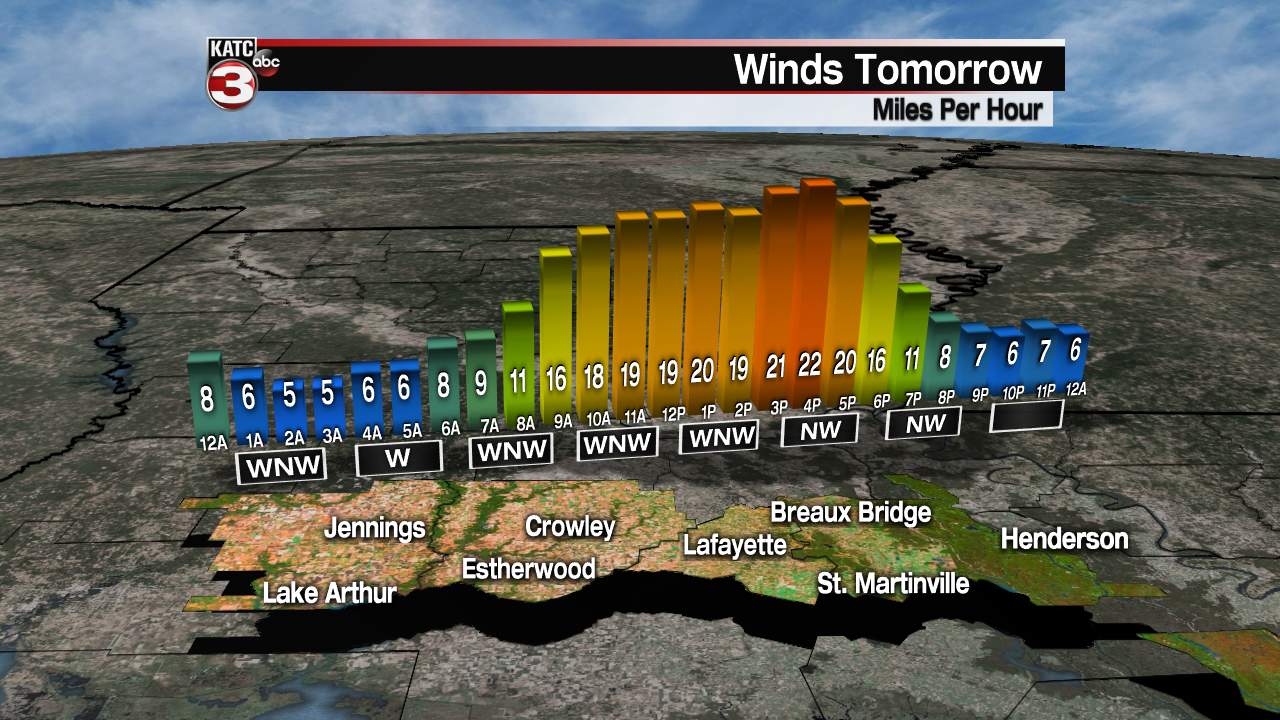 Temperatures will be slow to warm into the low to mid 60s by the latter part of Sunday afternoon…perfectly normal readings for mid-January! 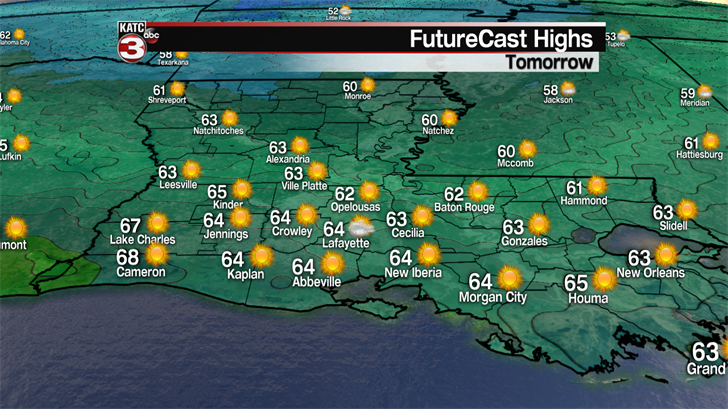 It will be a few degrees colder Sunday night into Monday, and without any wind chill, actual temperatures will drop into the upper 30s to near 40…no frost is expected however, as ground temperatures are too warm to allow such a process. 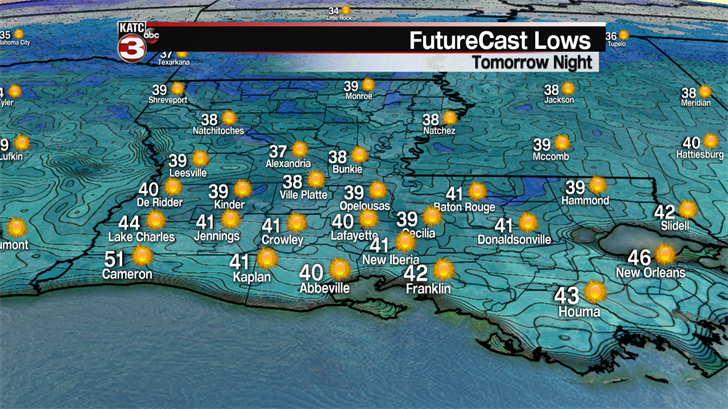 A fizzling front may bring some clouds and slightly cooler temperatures Thursday into Friday with another warm-up expected next Saturday, followed by the chance of showers and storms again Sunday with the next front.

That front could stall in the region, or just offshore, keeping the weather unsettled at least a few days beyond next weekend.