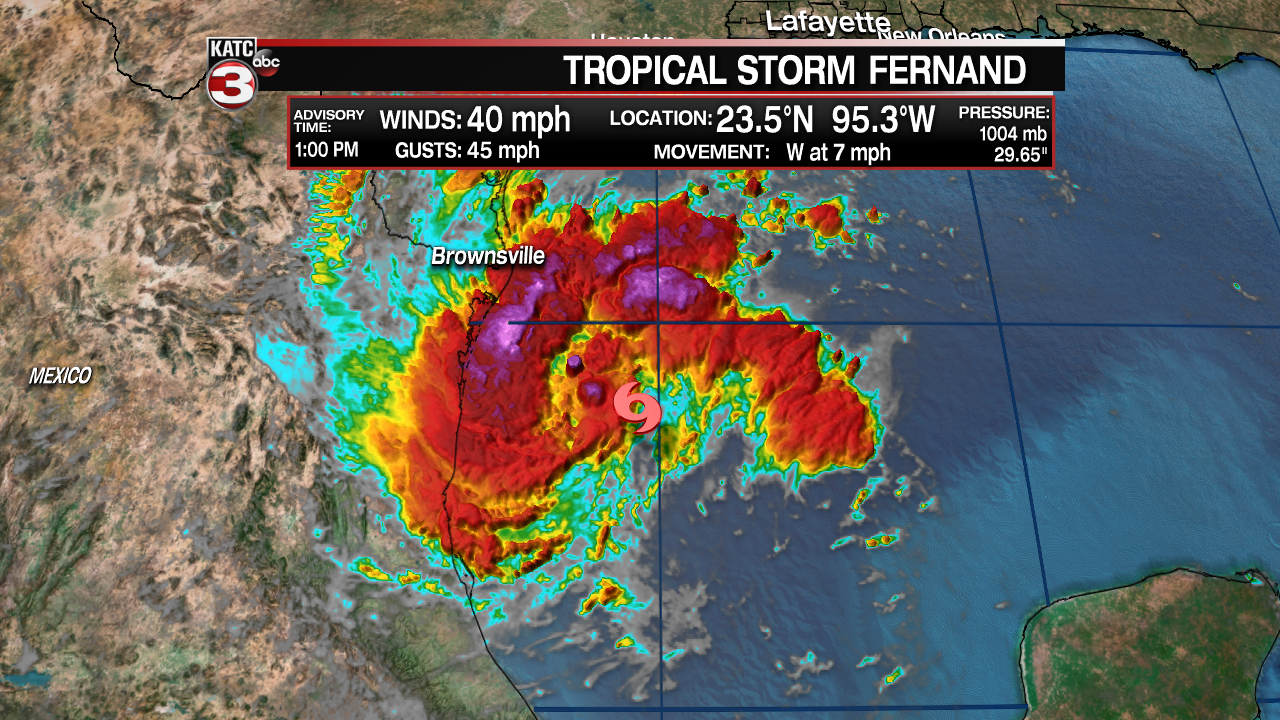 Tropical Storm Fernand has formed in the Gulf of Mexico.

Winds are currently 40mph and it's pushing to the west at 7mph.

Tropical Storm Warnings are in effect for the northern Mexican coast up to the Texas state line.

Fernand will remain a weak tropical storm as it drifts to the west over the next 24-36 hours before making landfall with the east coast of Mexico late Wednesday night producing heavy rains, gusty winds and minor storm surge for areas along the coast.