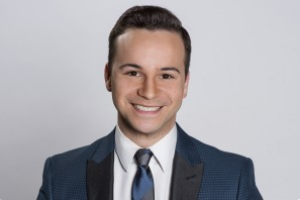 Travis Guillory is an Emmy-nominated and AP award-winning morning anchor/reporter.

He joined the 2 Works for You news team as a reporter/multimedia journalist in October 2017.

Originally from New Iberia, LA, Travis began his unexpected career in news at KATC-TV 3, the ABC affiliate in Lafayette, LA. He was a lead reporter in Emmy-nominated flood coverage.

Being involved in the performing arts since the age of 9, Travis worked as a theater director, choreographer, and performer and even wrote and composed several original musicals. He also founded a performing arts company for children in south Louisiana, which he still operates, and is very active in youth theatre education in Tulsa.

Travis is thrilled to be in Tulsa with his wife, Madelyn, and their two dogs, Niko and River.