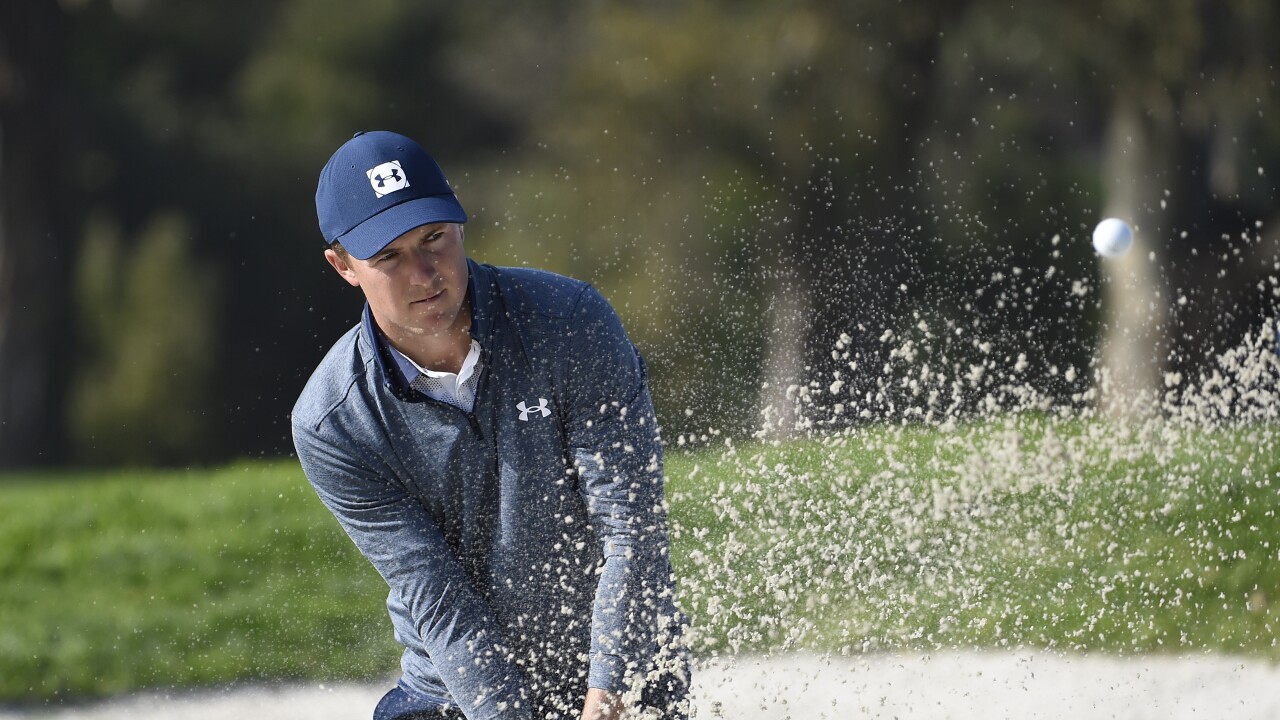 Denis Poroy/AP
Jordan Spieth hits out of the bunker on the 13th hole of the South Course at Torrey Pines Golf Course during the third round of the Farmers Insurance golf tournament Saturday Jan. 25, 2020, in San Diego. (AP Photo/Denis Poroy)

The PGA Tour will resume June 11 without fans, baring any setbacks.

The tour released and updated schedule for 2020 and 2021 Thursday.

The first event back from the tour's pandemic hiatus will be the Charles Schwab Challenge in Fort Worth, TX. The first four events will not have any fans. A decision about how long the tour will play without fans in attendance has not been made.

The updated schedule includes 28 events in 25 week. The first half of that being on the 2020 schedule, the second half on 2021. The Tour turns the page on the new year in the second week of September and this season that schedule will include six majors, after the US Open and Masters were moved to the fall.