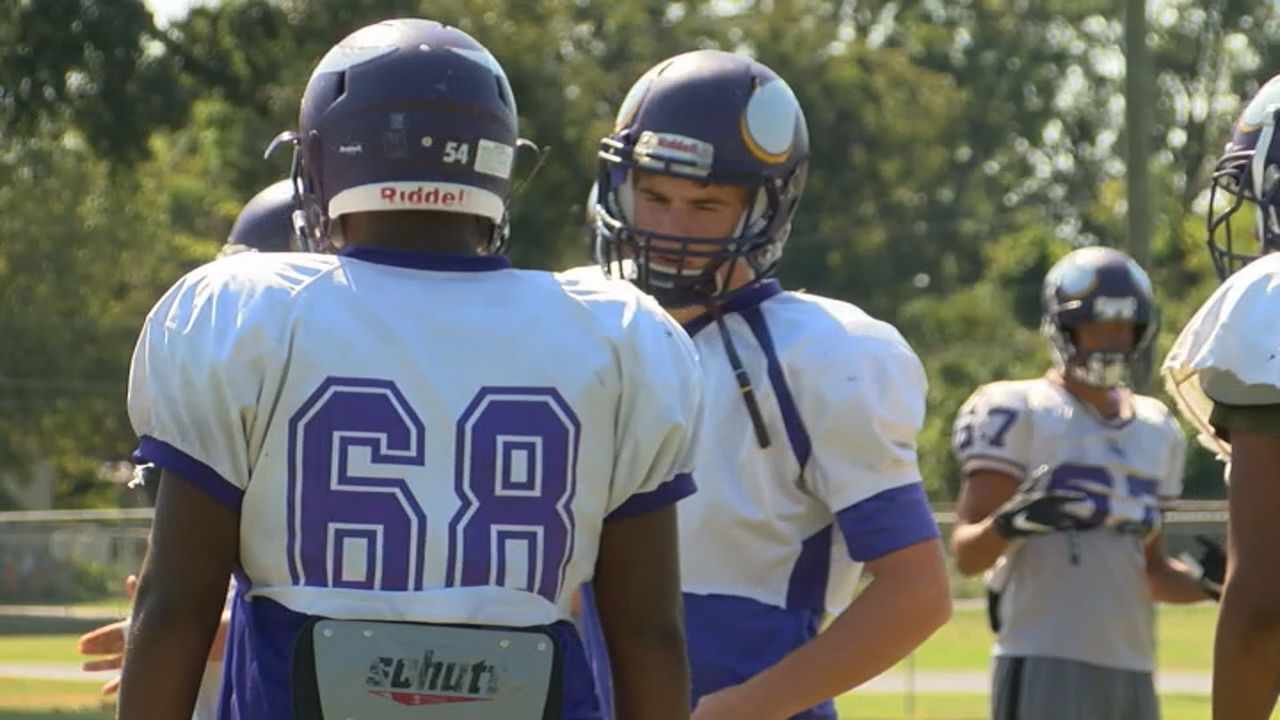 "I just like coming everyday and playing every week with my friends and winning."

That's Opelousas Catholic senior quarterback Jesse Roy's favorite thing to do. And the Vikings are doing that as well, as they remain undefeated after week five.

Jesse says this is the Viking's best season in all his four years.

"so far it has been fun. Don't know what it feels like to lose, don't really plan on it. Looking forward to it every week."

Jesse isn't just into football. He's also played baseball and soccer for Opelousas Catholic while maintaining a 4.2 GPA and scoring a 31 on the ACT.

One of his previous teachers says Jesse literally does it all.

"He's also on the school's ministry team. He's just a prime example of a great young man that I had the privilege to teach last year," said Elizabeth Tullier.

Planning to focus on academics, Jesse says he will be majoring in mechanical engineering at UL, leaving behind football to the memories he's made as a Viking.

"I figured I want to go to college to get a good degree, not to play football. In my family, they have always pushed me hard for academics. It was always school first, then sports.

Jesse's whole family attended UL, down to his grandparents. So it means a lot to him to become part of the Ragin' Cajun pride, stay close to home, and focus on just being a freshman in college next year.

Tullier added, "He may change his mind, I guess the outcome of the season. But right now, and since last year, he's had the focus on 'this is fun, I'm enjoying it,' and he loves football...he's really a well-rounded student."