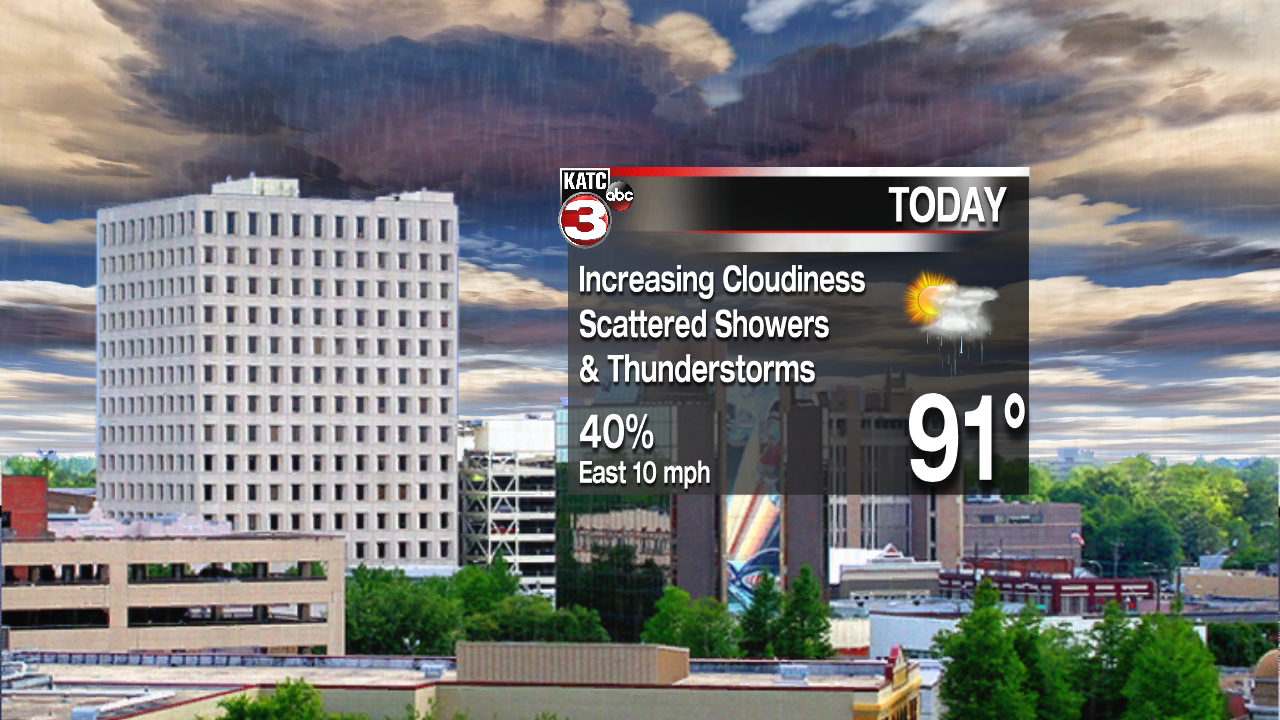 An upper low moving westward across the central Gulf of Mexico should provide enough tropical moisture to get showers and thunderstorms going today. After a dry, hot weekend, the extra clouds along with the scattered showers and storms, should hold our temperatures in the upper 80s and lower 90s. The best chance for getting wet will in the coastal parishes, with less rain farther inland. This upper low will continue drifting west and eventually wash out over Texas sometime Tuesday. Therefore, rain chances will stay in the 40% range both today and tomorrow. Dry air will slide back in by the mid week, with afternoon highs returning to the mid 90s by Wednesday. Less rain is expected for the second half of the week and the upcoming weekend.

Hurricane Humberto continues to spin off the east coast of the United States. The hurricane is expected to move into a favorable area that should support some strengthening. At this time it looks as the east coast should be fine, except for rip currents and some beach erosion. Bermuda should be watching Humberto over the next few days. Other than the upper low over the Gulf of Mexico, the National Hurricane Center is monitoring a wave over the central Atlantic that has some potential for development over the next several days. The long range GFS model shows some development as well, but nothing that would threaten the U.S. at this time. The rest of the the Gulf and the Caribbean are quiet today.

Still watching for a cold front. The possibility of changes next week seem to be slipping, but there's still some hints we could see cooler temperatures near the end of the month. Hold on, we're in the home stretch!