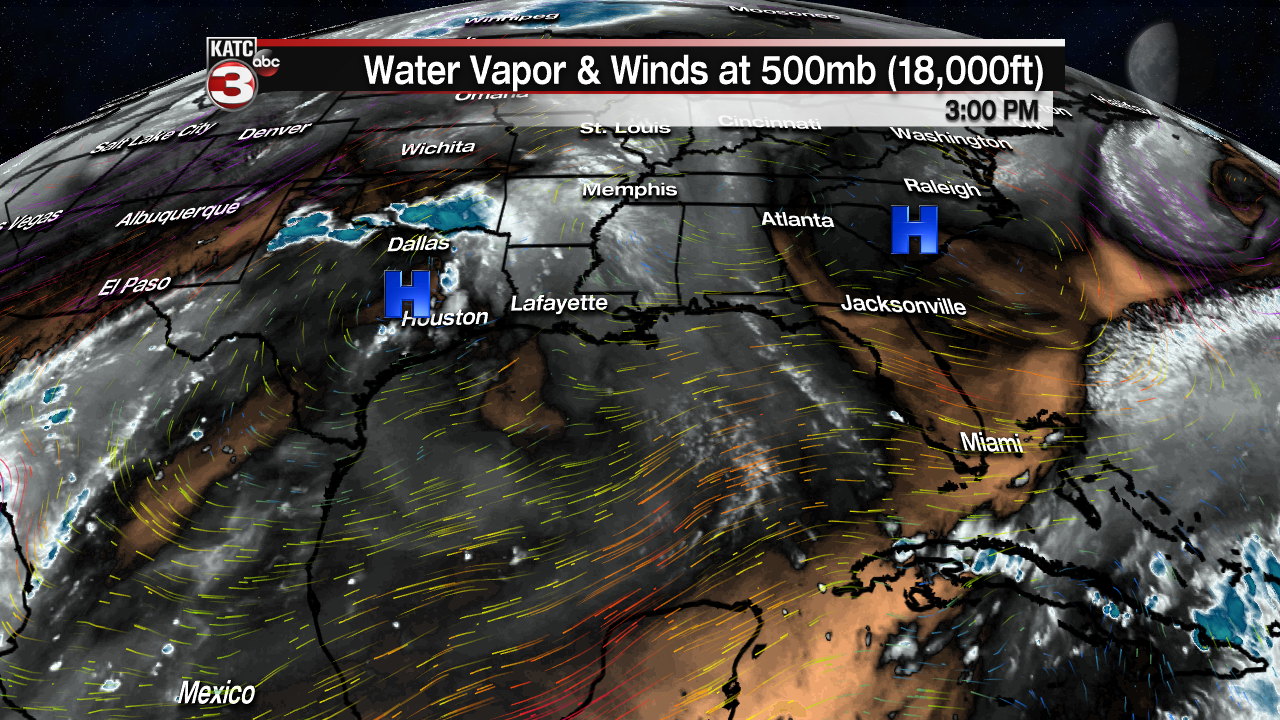 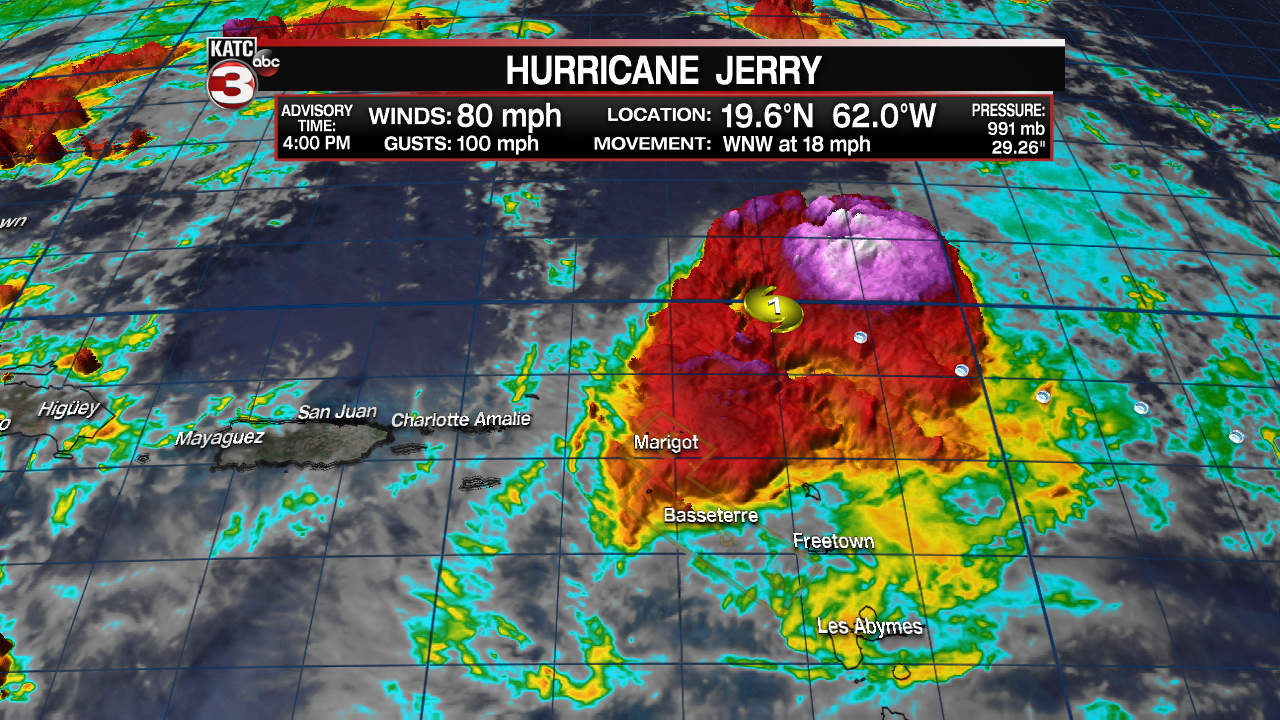 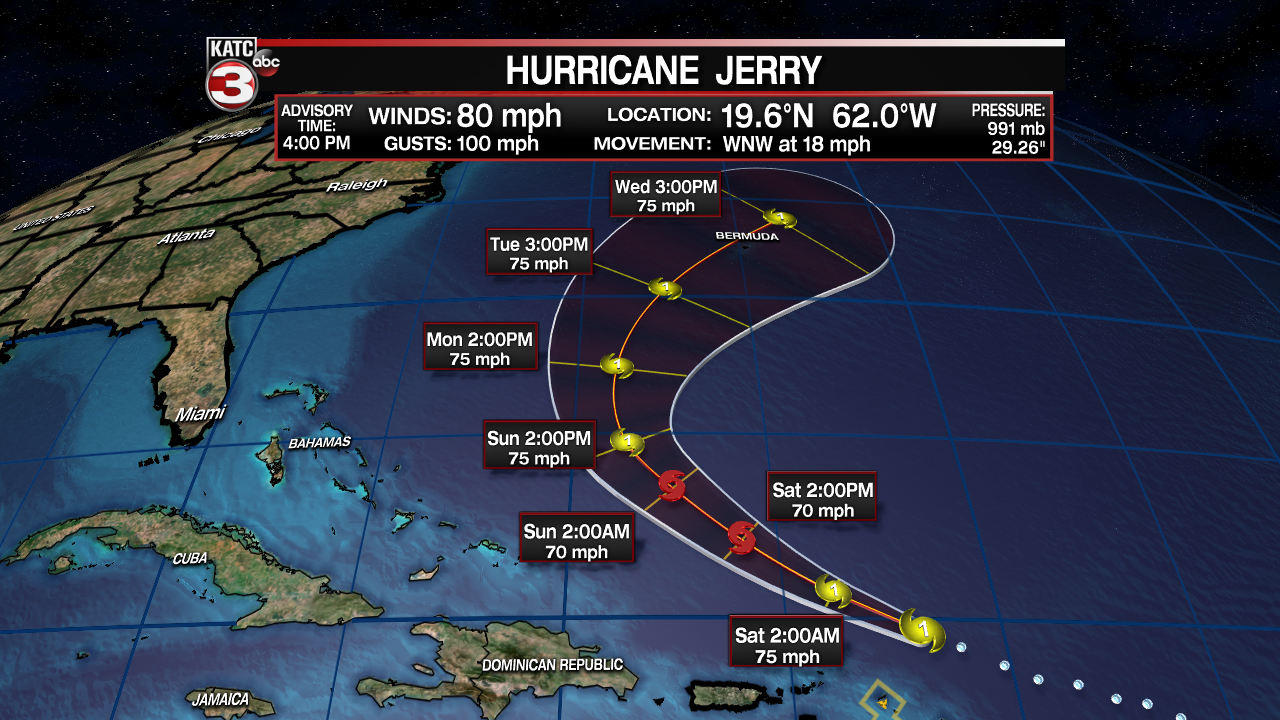 A quieter late summer pattern is forecast for Acadiana this weekend and likely for the first days of fall, with more sun and fewer storms, but there will still be some rain chances this weekend.

Look for a sun and cloud mix for our Saturday with temperatures topping out in the upper 80s to near 90.

There will be a 30-40% chance of scattered primarily afternoon/early evening showers and a few storms Saturday with activity moving in from the southeast and off to the northwest, and likely diminishing by 7-8 pm.

Drier more stable air should move in Sunday yielding mostly sunny skies with temperatures pushing the lower 90s for an afternoon high. Rain chances Sunday afternoon should be closer to 10-20%.

Even drier air is expected to take hold of the area early next week with mostly sunny skies accompanied by daytime highs in the lower 90s.

Rain chances will be near 10% or less Monday and Tuesday, but should be on the rise Wednesday into Thursday as tropical moisture moves in from the Gulf and persists through Friday.

For now, next weekend looks drier again with mostly sunny skies and temperatures still topping out in the lower 90s.

So far, there are no cool fronts on the horizon...but that horizon should be shortening in a few more weeks..we hope!

Meanwhile, the tropics remain busy (as they should this time of year) with Hurricane Jerry and three tropical waves being tracked in the Atlantic Basin.

While most of Jerry will bypass the Northeast Caribbean soon, it is still expected to be a threat to Bermuda by early next week. Some outer rain bands associated with Jerry were impacting the Leeward Islands into early Friday evening.

Jerry may weaken back down to a tropical storm this weekend due to upper level shear, but the system is expected to get into a more favorable environment early next week as it passes near Bermuda, most likely as a hurricane.

The future of this mid-Atlantic tropical wave appears sketchy at this point as upper level winds look rather forbidding near the Caribbean into early next week.

Meanwhile, a tropical wave in the Central Caribbean near Hispaniola, has a low and limited chance of development...but some of the moisture from this system should push into the Gulf of Mexico by early next week and could add to Acadiana's rain chances by late Wednesday and especially into Thursday. See the 10 Day Forecast.

While development with this wave remains quite low, we'll keep an eye on it as this is the time of year to watch everything...you may remember that Imelda developed from an upper low that had a weak low develop at the surface inside of one day...so we should remain vigilant, but overall there are no major threats anticipated for the Gulf of Mexico for now.

As mentioned in yesterday, it appears that the tropics could remain open for business, including near the Caribbean, Gulf of Mexico and Southeast U.S. well into October.