Stuck in an airport for almost two weeks, Iranian beauty queen says she will be killed if she is deported 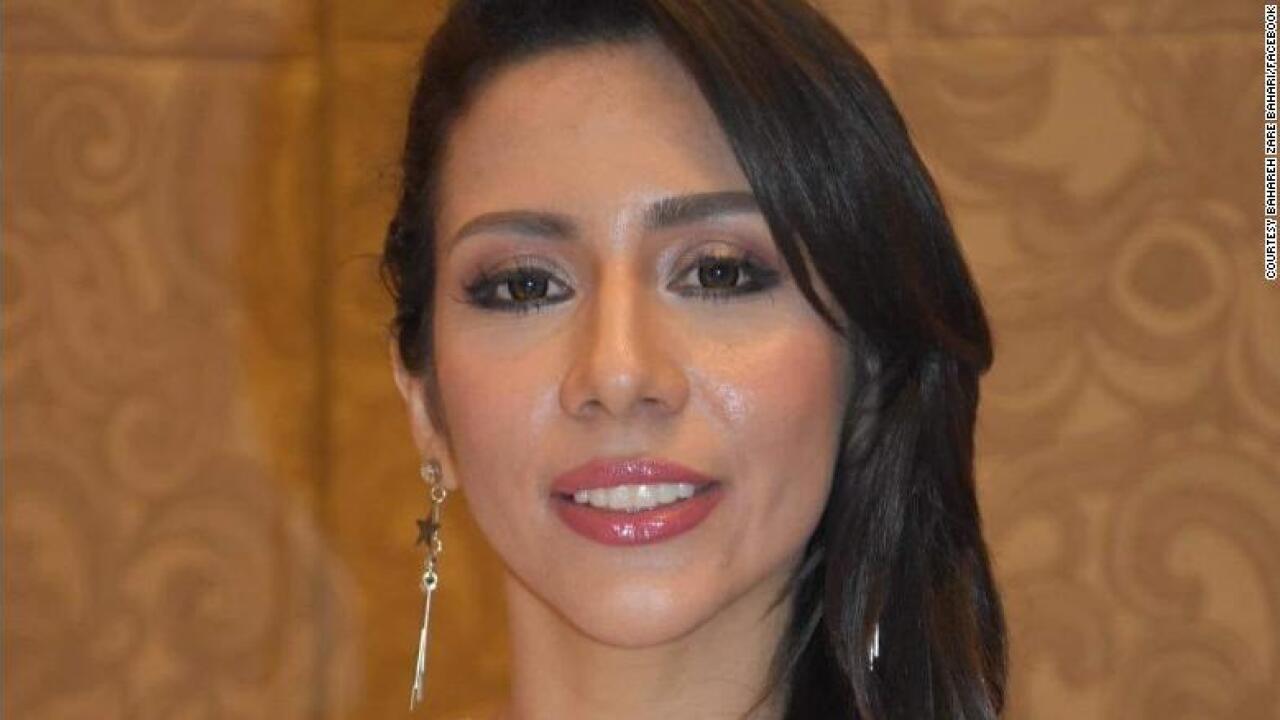 An Iranian beauty queen who has spent almost two weeks inside Manila's international airport says she will be killed if she is sent back home and is seeking asylum in the Philippines.

Bahareh Zare Bahari, a contestant in the recent Miss Intercontinental pageant in Manila, claims Tehran is attempting to silence her because of her public stand against the government.

In a press release last week, the Philippines Immigration Department said the international police agency Interpol issued a worldwide request to arrest Bahari, known as a red notice. The statement did not specify which country requested the red notice, but Bahari told CNN that an immigration official told her Iran requested one in 2018.

Bahari said she has been confined to a passenger room in Terminal 3 of Manila's Ninoy Aquino International Airport since she arrived from Dubai 12 days ago. "I'm really mentally sick," she said, adding that the uncertainty over her case is wearing her down.

Bahari believes she is being targeted for supporting the exiled Reza Pahlavi, the son of the Shah of Iran overthrown in the country's 1979 revolution.

The beauty queen blamed the situation on Iranian authorities, saying it came up because she used an image of Pahlavi and the flag of the former Iranian monarchy as props during a recent competition. Bahari said she made the statement "to try and be the voice of my people."

She also believes she may be targeted because of her social activism in Iran. Bahari said that she became a teacher there because she wanted girls to learn "they are not things, they are not toys, they are human and they have same right as boys."

Bahari said she moved to the Philippines about five years ago to study dentistry and has since been on a student visa that renews annually. She said her existing visa is valid until January 2020.

She told CNN by phone from the airport terminal that she was denied entry when she returned to the Philippines on October 17 from a trip to the Middle East, upon which she claimed asylum.

Bahari said that if a legitimate red notice had been issued for her arrest, then she would not have been able to acquire other visas for her trip to the Middle East.

In its statement, Philippines immigration authorities said Bahari was also accused of assault and battery in the Philippines city of Dagupan. The statement did not say whether this was the reason a red notice had been issued, or if the complaint originated in Iran. Not all red notices are made publicly available due to the confidential nature of international criminal investigations. Interpol's press office said the agency does not comment on specific cases or individuals "except in special circumstances and with the approval of the member country concerned."

Asked about the assault allegations, Bahari said they were "a big lie" and designed to force her back to Iran. She said there were no pending cases against her in the Philippines.

Human Rights Watch deputy director Phil Robertson said in a statement that "there have been repeated incidents where rights repressing states in the Middle East have abused the (Interpol) process to try to force the return of dissidents overseas."

He said the organization was concerned about the "mysterious" red notice, "especially since under Interpol rules a red notice is null and void if the person named in the notice is found to be a refugee fleeing from the state that issued it."

The pageant contestant told CNN that when she was first denied entry she was taken to a room where officials explained there was issue with her visa. After a brief wait, she was told she had to return to Iran. She said she then called a nearby friend for help.

Bahari said airport authorities tried to convince her to take a flight back to Iran. Instead she sat on the floor and told them she wasn't going anywhere.

She said she feared they would force her to get up, so she started shouting. About 10 minutes later, her friend came in and tried to convince airport authorities that she would be jailed or killed if they returned her to Iran. The friend then began crying and shouting, Bahari said, before he was arrested.

The Bureau of Immigration said the friend was "unruly" and breached airport security in order to "fetch his compatriot."

"Foreign nationals should respect our laws when they are in our country. Improper behavior and derogatory remarks gave the officer further reason to deny Zare Bahari's entry," Immigration Commissioner Jaime Morente said in a statement.

Authorities accused both of "causing a scene," saying they had to be forced apart by airport authorities. The Immigration Bureau also alleged that Bahari shouted "Jesus kill you all Filipinos!"

Bahari said she was yelling because she was trying to get the attention of people due to fears that she would be sent back to Iran. She thought invoking Jesus' name would get people's attention, as many people in the country are devout Catholics.