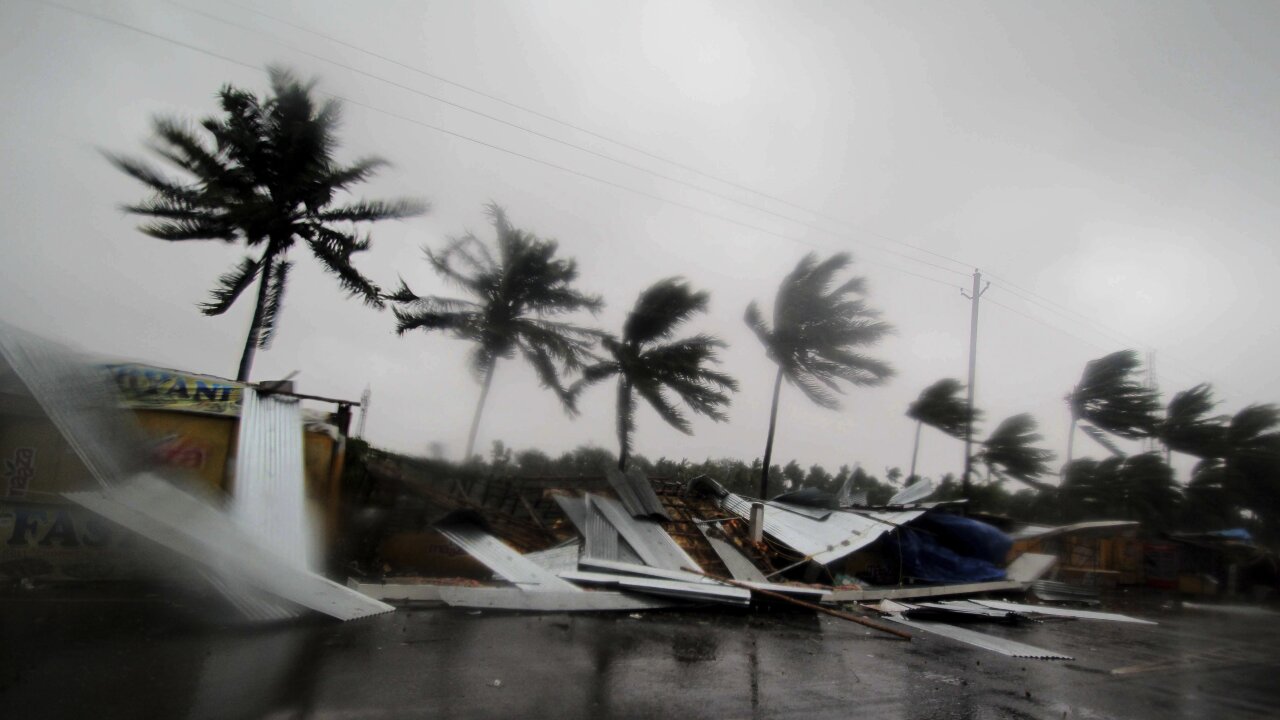 Six million people could be impacted by Tropical Cyclone Vayu, which is barreling towards northwest India and expected to make landfall in the next 24 hours.

Almost 300,000 people are set to be evacuated to 700 shelter homes, a spokesperson for India's Home Ministry said Wednesday. Schools and colleges in affected districts are closed until Friday, officials said.

With winds in excess of 120 kph (75 mph), Tropical Cyclone Vayu could become the strongest cyclone to strike northwestern India in decades. It comes one month after powerful Tropical Cyclone Fani slammed into India's northeastern coastline.

On Wednesday, Tropical Cyclone Vayu will pass about 200 kilometers (125 miles) west of Mumbai before making landfall in Gujarat state on India's western coast on Thursday.

Thirty-nine National Disaster Response Force teams -- each with about 45 people -- have been deployed to help local authorities with evacuation, search, rescue and relief operations. The army has 34 teams on stand-by.

Tropical Cyclone Vayu formed Monday and strengthened on Tuesday into a hurricane-strength tropical cyclone in the Arabian Sea. As of late Tuesday, the forecast from the Joint Typhoon Warning Center calls for a landfall intensity of 175 kilometers per hour (110 mph), which would make it equal to a borderline Category 2 to 3 hurricane in the Atlantic Ocean.

Powerful tropical cyclones rarely make it this far north in the Arabian Sea, and Gujarat state has not had a hurricane-strength storm make landfall in 20 years.

If the forecast for Tropical Cyclone Vayu verifies, the storm would be the strongest to strike the region since 1998, when a tropical cyclone packing winds of 195 kph (120 mph) killed around 10,000 people.

With that storm in mind, India's military and government were deploying personnel from the National Disaster Response Force to the region on Tuesday.

Fisherman were being warned about the rough seas ahead of the storm's arrival along with coastal residents preparing for a storm surge of up to 2 meters, which could inundate parts of the low-lying coast of the Kutch district in Gujarat.

India's Meteorological Department is also warning of the potential for very heavy rainfall (over 200 millimeters or 8 inches) along with wind gusts over 135 kph along the Gujarat coast.

Second cyclone for India this year

This is the second major tropical cyclone threat of the year for India, which faced Fani in early May.

Fani, which struck near the city of Puri in Odisha state, had winds of 240 kilometers per hour (150 mph), making it equivalent to a Category 4 hurricane.

The storm killed several dozen people, mainly from fallen trees and collapsed walls, but the death toll was kept relatively low thanks to the evacuation of more than 1 million people in Odisha.