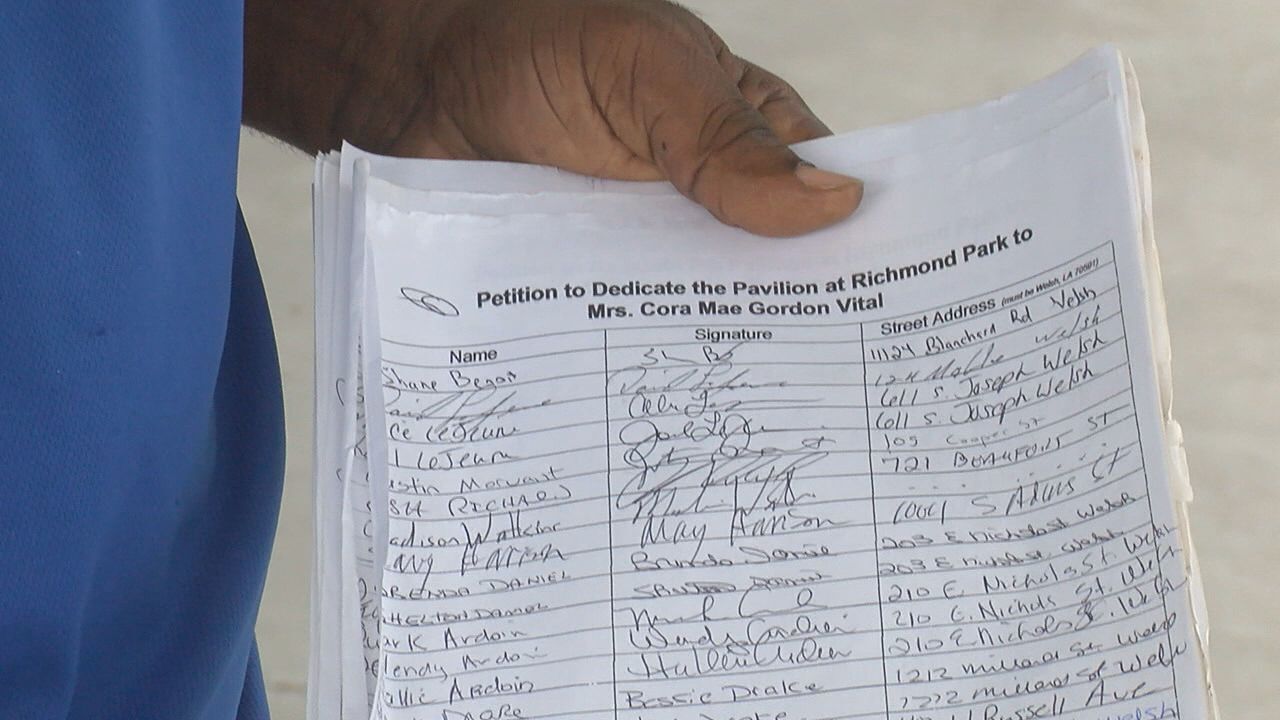 Richmond Park in Welsh has a beautiful new pavilion, but it is missing one thing. The pavilion needs a name, and one local man thinks he has a perfect solution.

"They didn't have a name on here...well I thought of a name," says Michael Prudhomme. He'd like for the pavilion to be named after Ms. Cora Mae Gordon Vital.

"She was on the Rotary, she was a school teacher, and she gave her time to the community by helping people in Welsh, Louisiana," says Prudhomme.

"She really helped a lot of children. I know that from times that I've talked to her as well as being involved in the community and so many things. I think Cora would be thrilled to death to know that this was named after her," says the town's mayor Carolyn Louviere.

To make this dream into a reality, Michael is pedaling pavement collecting signatures on a petition that he'll bring to the next town meeting.

"Michael's been riding his bike around the town but I saw he was working very hard so I helped him put it online on change.org and its been a very good success," says Welsh Alderman Colby Perry.
Right now Michael has 981 signatures total, but his goal is 1000.

The petition will be brought to the Board of Aldermen on July 7th, and Mayor Louviere says she believes it will pass with flying colors.