WATCH: Florida man rushes into water to save pet dog from alligator's jaws 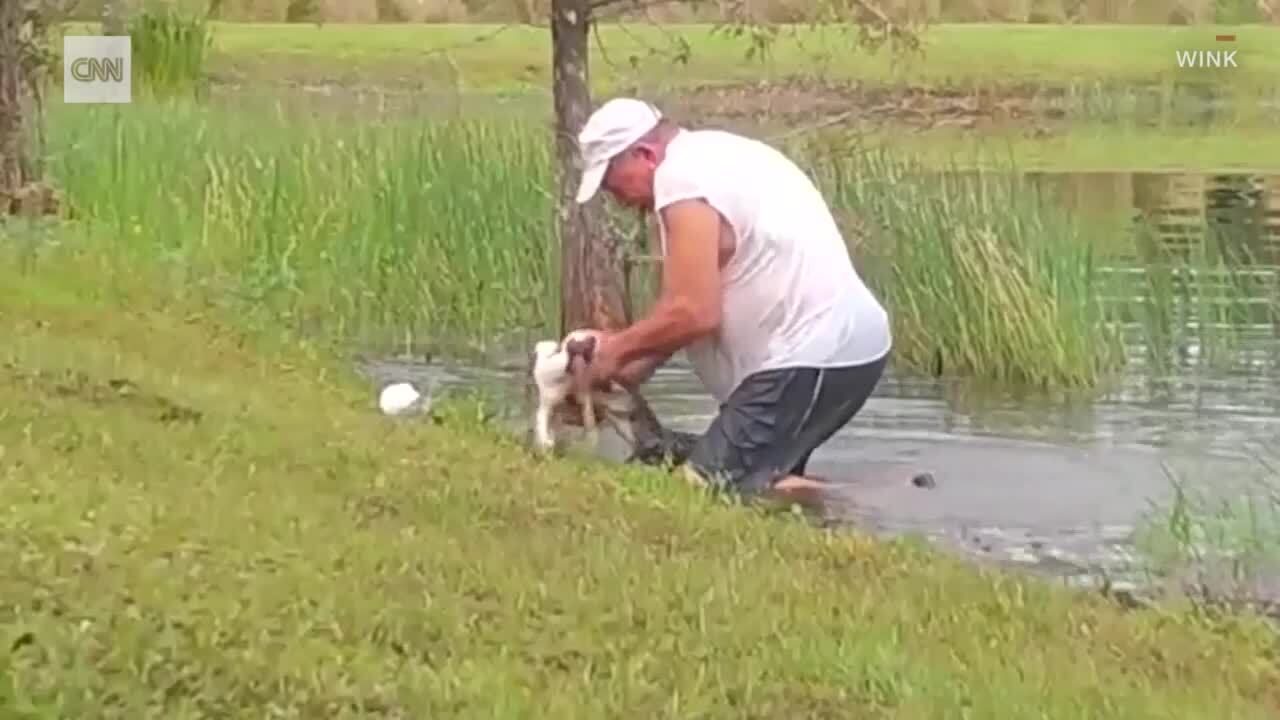 A Florida man risked his life to save his puppy from an alligator's grip and the entire encounter was recorded on nearby surveillance cameras.

WINK spoke to Richard Wilbanks, who said his instincts and adrenaline kicked in when the alligator snatched his dog and dragged him into a pond and under the water. Wilbanks immediately jumped in and pried open the gator's mouth, saving his pup, Gunner.

Gunner's doing fine now, though Wilbanks said he's a little hesitant around water after the experience.

"He had one little puncture wound," Wilbanks told WINK. "And my hands were just chewed up. Fortunately I was in a position to save Gunner's life."

The video was captured thanks to a partnership between the Florida Wildlife Federation and a the fSTOP Foundation, who have set up cameras in the area to capture videos of things such as deer or bobcats. It's part of a campaign called "Sharing the Landscape," aiming to help people appreciate and understand the wildlife they live near.

Wilbanks said that he understands the area is the alligator's home and that it was "just doing what a gator does to survive." Now, though, Wilbanks is sure to keep Gunner on a leash and away from the water.