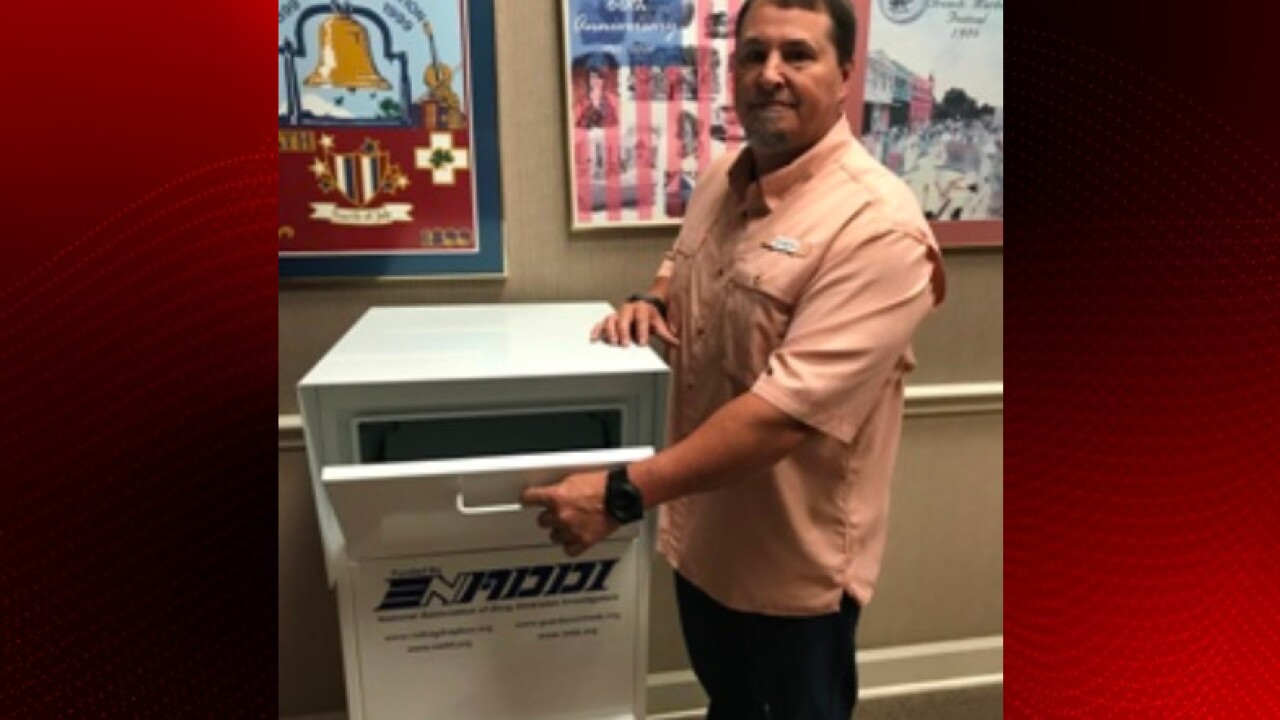 The Vermilion Parish Sheriff's Office says they have a new drop box for year round drug take backs.

The sheriff's office says that for the past several years the they have taken part in the DEA's drug take back program which is conducted twice a year. That program allows people from around the parish to bring in unused prescription medication to be disposed of in the proper manner, at no cost to them.

The VPSO says that this drop box will be an easier way for residents to bring in their unused medication at a centralized location.

"Twice a year we would set up at different locations and take in 90 to 100 pounds of unused prescription drugs. This would allow the people of the parish to have a safe way to get rid of the medication. Having this "Drop Box" on sight allows everyone to bring in their medication to the Sheriff's Annex building without having to wait until the next TAKE BACK DAY," Captain Drew David, Commander of the Drug Task Force said.

Officials say that the only items that are not allowed are liquids, and sharps, such as needles.

The Sheriff's Annex is located near the Court House in Abbeville and is opened from 7:30am to 4:30pm Monday through Friday, excluding holidays.