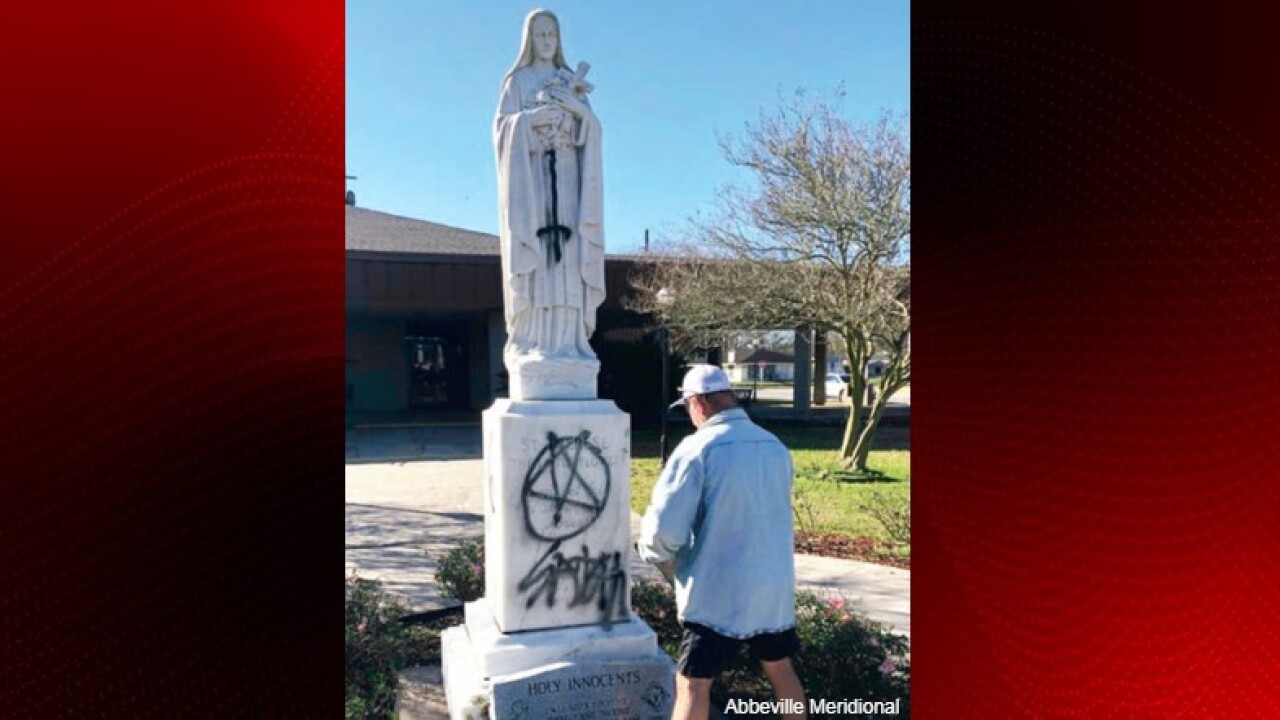 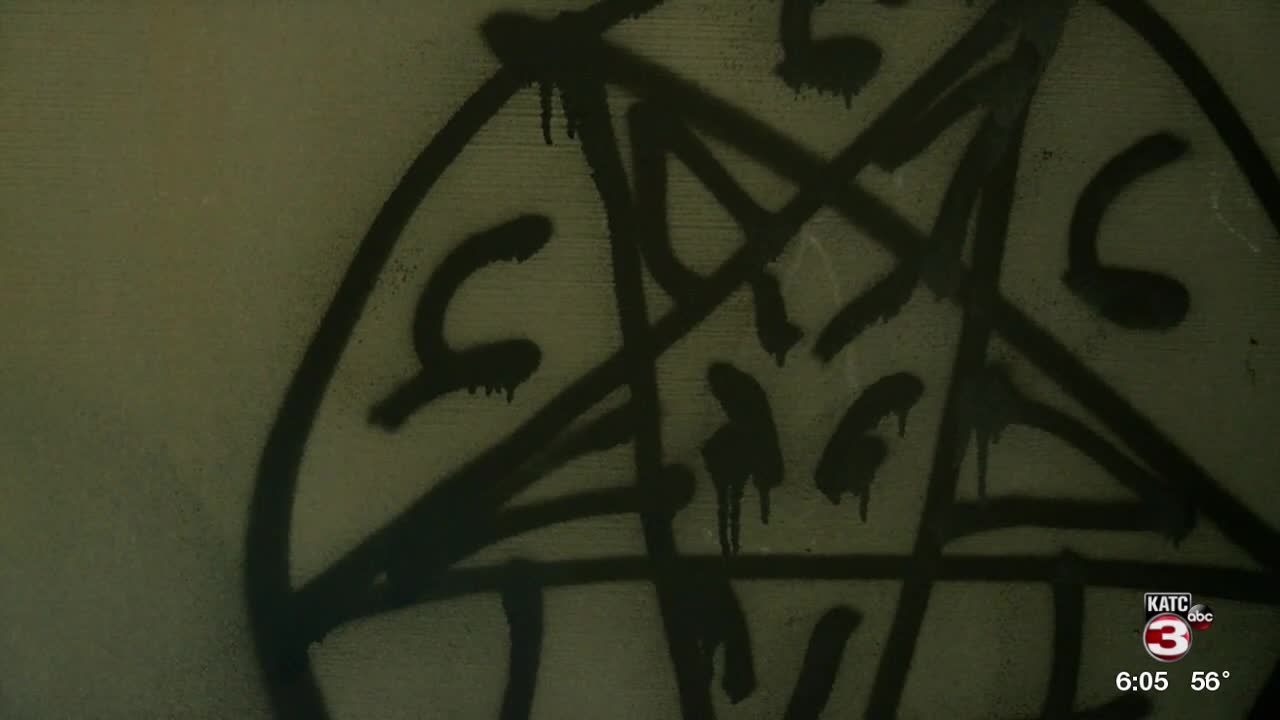 A statue outside St. Therese Catholic Church in Abbeville was vandalized last weekend with black spray paint, according to the Abbeville Police Department.

Officers responded to a complaint at the church on N. Leonard Street on Saturday, January 4.

"Vandals came and defaced our statue of Mother Therese. It's sad that it's not a random act of graffiti that some kids did. These are cult paintings, satanic cult, 666, an upside down cross," said Trustee John T. Landry.

"Churches are places of peace and solitude and prayer. To see someone that malicious to not only put graffiti, but to put the devil's work and signature on a Christian statue, is horrible," added Landry.

No witnesses were located during the investigation and officers say that surveillance cameras in the area were checked. None of the cameras were pointed toward the area of the statue.

While our crew was on site, Abbeville Police were called across the street to the grotto outside of the church hall. There, they found satanic graffiti on the walls and the prayer alter.
The department says that no suspects have been identified.

Landry said the St. Theresa statue was placed in front of the church in 1950.

At this time it is unclear if the graffiti in the grotto happened at the same time as the statue.

Anyone with information can contact the Abbeville Police Department at 893-2511.