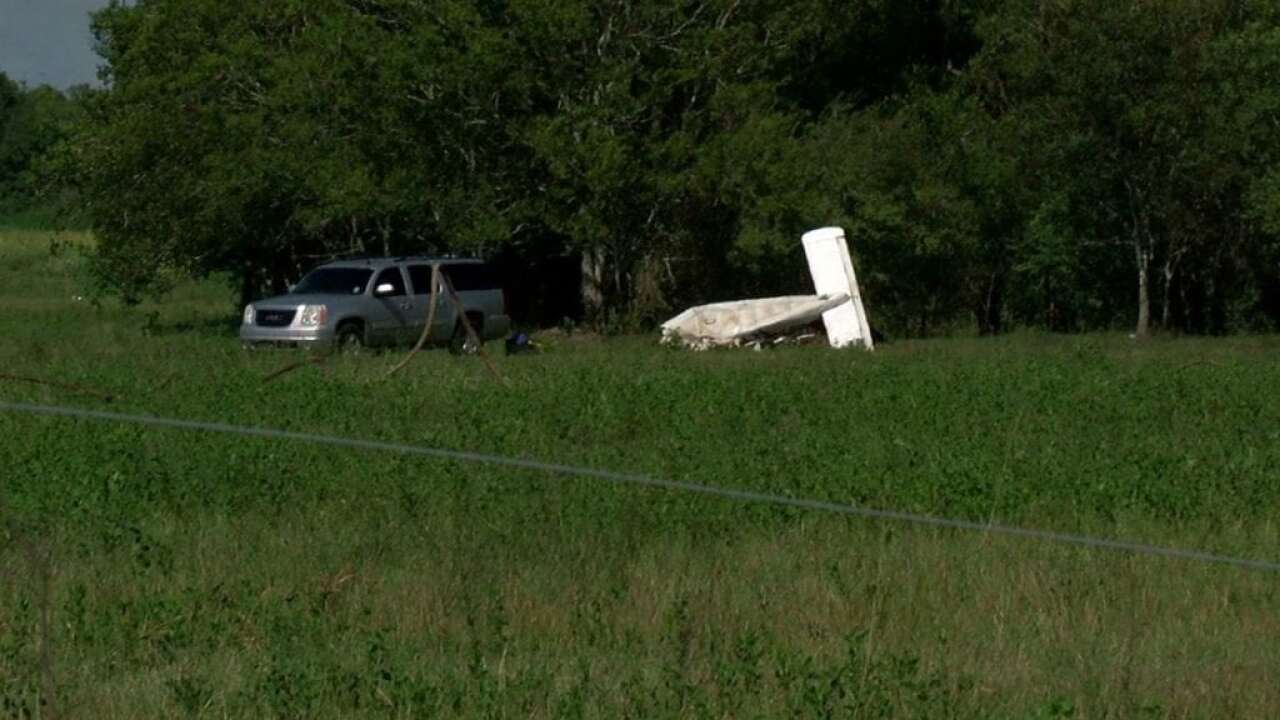 LAFAYETTE, La. — The National Transportation Safety Board has completed its investigation into an August 2018 plane crash that left a Texas man and his young daughter dead.

The plane crashed into an antenna owned by KATC’s parent company, Cordillera Communications at the time, located in Vermilion Parish.

Last week, the NTSB released their factual report on the crash. You can read it yourself by scrolling down.

Here’s what the report said about the tower:

The impacted tower was correctly depicted on the FAA sectional chart. Surveillance video of the tower taken during the early morning hours before the accident revealed lighting anomalies. Instead of blinking in unison, the tower's lights would illuminate in a chaotic, random manner. Due to sun glare, video surveillance was not available after 0607 on the morning of the accident. A witness who lived near the tower stated the lights were often erratic. An aerial application pilot who frequently flew near the tower stated the intensity of the tower's lights ranged from very bright to dim. This pilot flew during the morning of the accident and recalled the tower's lights as bright. A direct course from IYA to the pilot's home airport at T41 would have positioned the flight over five miles south of the tower.

Additionally, NTSB investigators were told by the child’s mother that her father had taken her without notice and she had not spoken with the child for several days - until the night before the crash:

“According to the pilot's second wife, she and the pilot were in the process of getting a divorce following several family-related challenges. She had been very concerned when the pilot left with their daughter without notice and until the evening before the accident, she had not seen or spoke with her daughter since July 27, 2018. According to his FAA supervisor, the pilot's behavior became erratic before the accident. He was unresponsive to phone calls and made purchases for personal items with his work credit card while in Florida, which was not authorized. On the day before the accident, the pilot was informed by his attorney that a warrant had been issued for his arrest.”

KATC Investigates learned that the warrant accused the pilot of abuse of a child.

The crash did spur an FCC investigation into the tower operations, and in turn to operations of all towers owned by Cordillera Communications, which was KATC’s parent company at the time.

The FCC Enforcement Bureau investigation found no evidence to connect the collision to any rule violations, but did note “numerous, sometimes longstanding, irregularities" with Cordillera towers.

Following that investigation, Scripps Broadcasting, KATC’s current parent company, has agreed to pay a $1.3 million fine levied by the FCC in connection with antenna lighting regulation violations allegedly committed by Cordillera Communications, which will be reimbursed.

The 11 towers in question - including two associated with KATC - are located in Louisiana, Montana, California, Kentucky and Texas. The alleged violations occurred while they were owned by Cordillera, the company that sold the involved stations to Scripps last year.

Although Scripps did not own the towers at the time of the alleged violations, Scripps has entered into a consent decree with the FCC and paid the fine; Cordillera will reimburse Scripps for the fine and cover any expenses related to this situation.

Scripps has agreed to implement a plan within the next 60 days to ensure all former Cordillera towers are in compliance with FCC regulations.