All Clear given in Erath bomb threat investigation 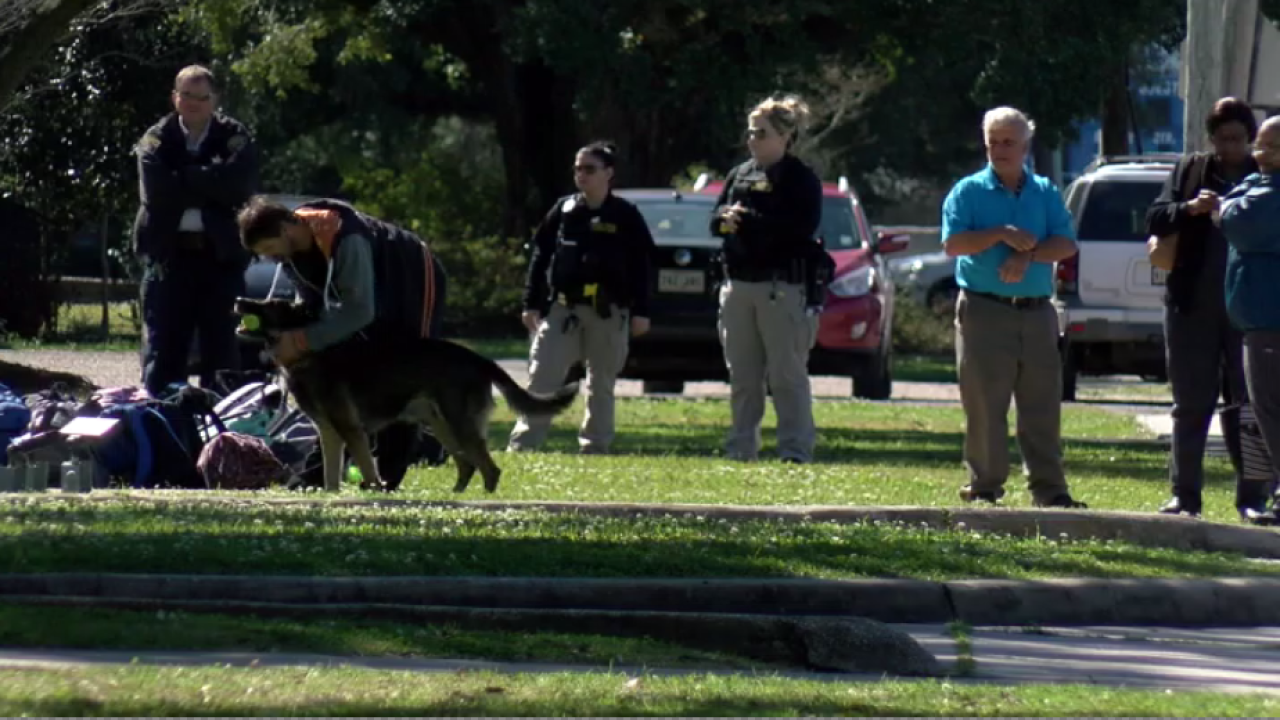 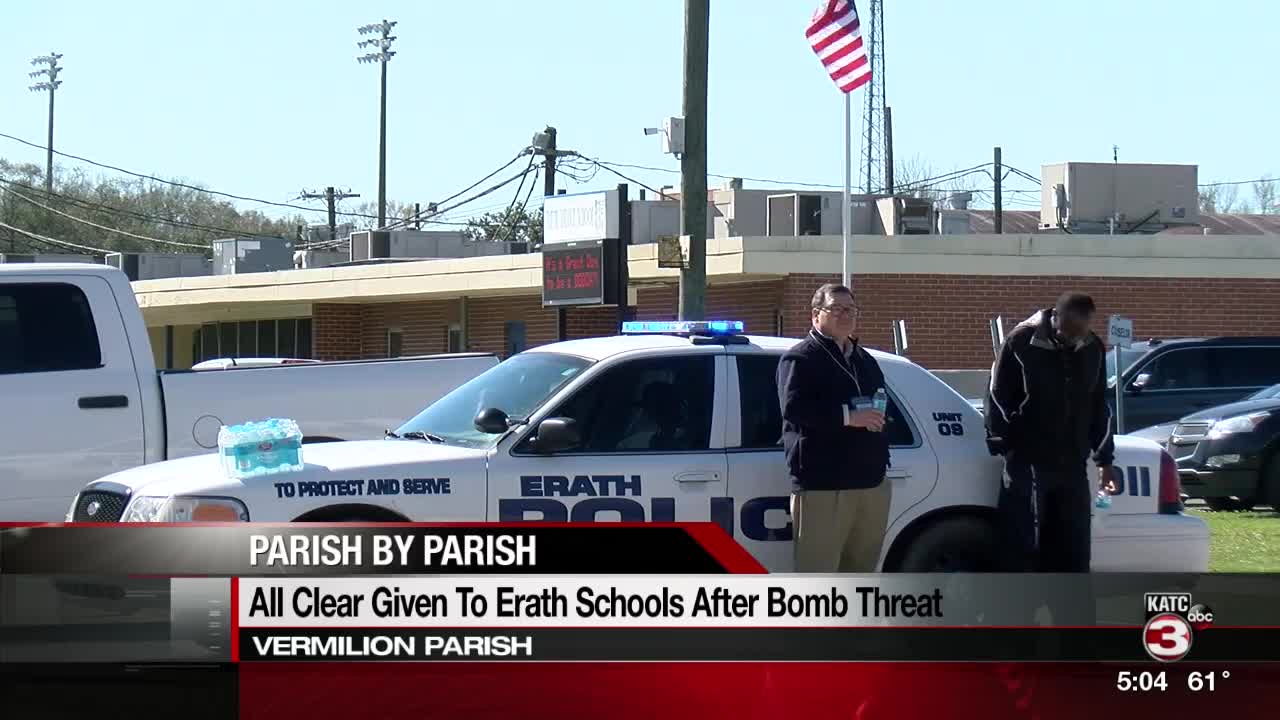 The "All Clear" has now been given in all schools in Erath following a bomb threat.

Officials say that they will begin the process of getting students back to their classes.

At 10:40 a.m. the Vermilion Parish Sheriff's Office cleared all three schools with an initial sweep by bomb detection dogs. Law enforcement conducted a secondary weep as a precaution.

The Vermilion Parish Sheriff’s Office stated that their office was assisting the Erath Police Department with the alleged bomb threat within the city limits of Erath. Superintendent James B Prudhomme says that he was alerted by the bus supervisor at around 9:00 a.m. that a note was found on the bus stating that someone was going to "bomb a school."

The threat, according to VPSO, did not specify a specific school as a target.

Public Information Officer Drew David says that a note was found on a bus which services several schools in the city of Erath. Students at Dozier Elementary, Erath Middle, and Erath High School were removed and taken to safe locations.

Prudhomme thanked law enforcement for their swift response to the schools.

The superintendent said that protocols were followed in the response to this incident. "The students are safe and we will proceed with our schools."

A full release from the department is below:

“From all indications a note was found on one of the buses which referenced a bomb threat. It is unclear what school was targeted at this time because the bus services three different schools. Precautions are being taken and students from Dozier Elementary, Erath Middle, and Erath High School are being removed and taken to safe locations. Bomb detection dogs are on the way, and I will give updates as more information becomes available.”