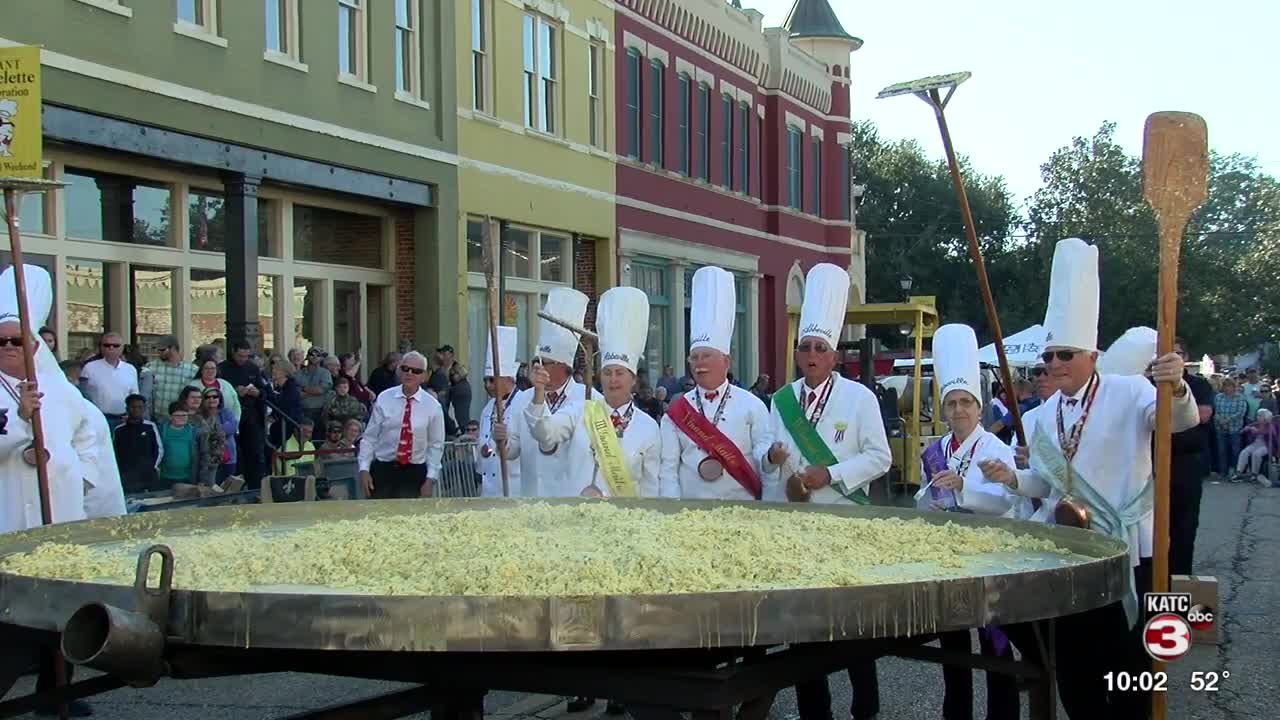 Event organizers are celebrating 35 years of the event, but the tradition dates back centuries. 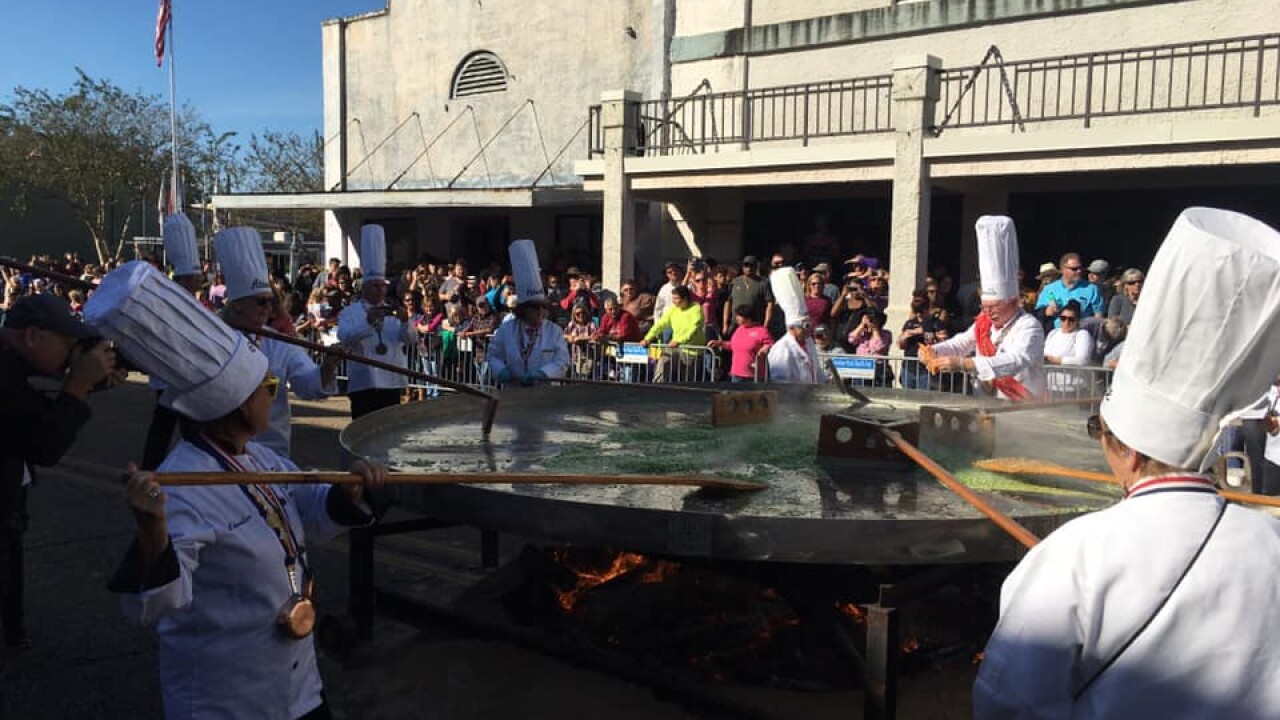 The Confrerie d'Abbeville is celebrating 35 years of the event, but the tradition dates back centuries.

"It all started in a little town, in Bessières, France, which is near Toulouse in southern France," said Whitney Atchetee, Grand Master of the Giant Omelette Celebration.

According to the legend, Napoléon Bonaparte needed a way to feed his army.

"He had his soldiers go out, collect eggs from the local farmers," explained Atchetee. "He made a giant omelette, and he gave the leftovers back to the people."

Much like the legend, chefs with Abbeville's confrerie make their own giant omelette and feed the crowd.

Several ingredients go into making the omelette. The recipe initially called for 5,000 eggs. One egg is added to omelette each year.

"It was good. It was very good," said attendee Anthony Guidry. "You would expect it not to be that good for such a large thing, but it was good."

Some spectators travel from all across the world to get a taste of the celebration.

"It's special to Abbeville but also special to anyone that comes from outside of Abbeville," said Guidry. "If you come here once, you'll come again."