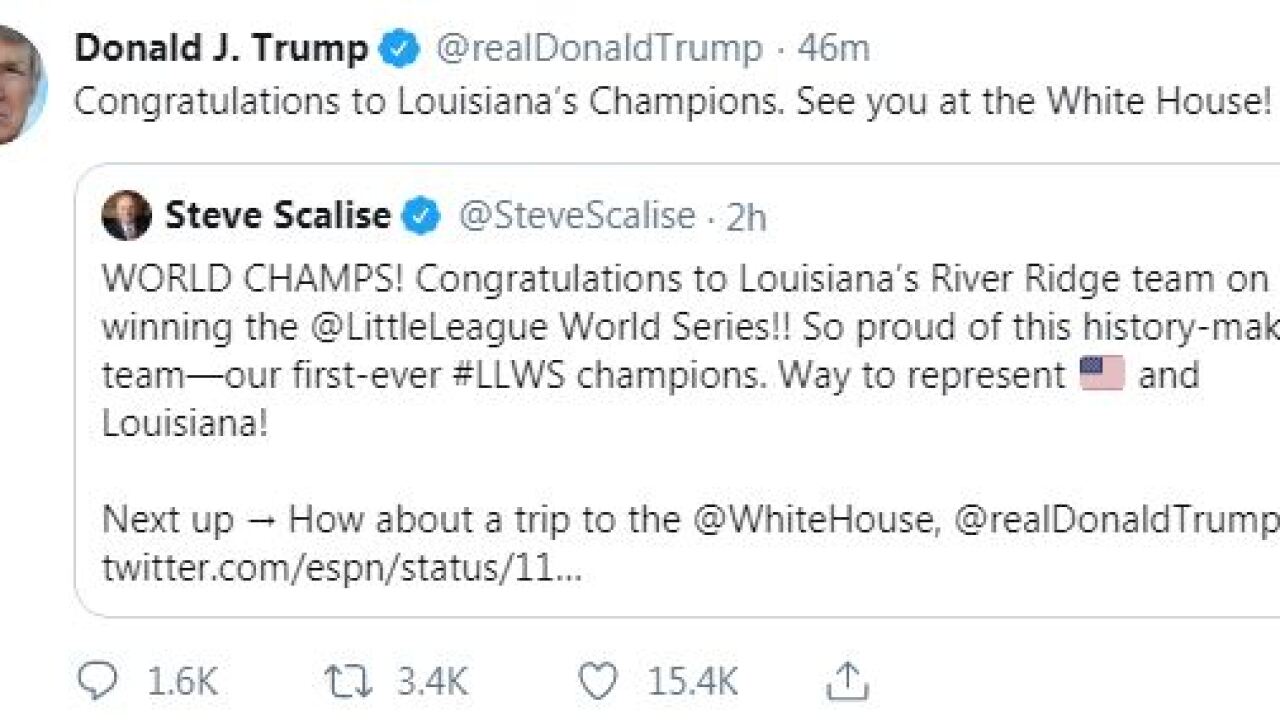 Louisiana's Eastbank Little League now have even more to celebrate.

The team from River Ridge, LA, are now the World Series champions after dominating Curacao in Pennsylvania today.

Congressman Steve Scalise congratulated the team via Twitter, which caught the attention of President Donald Trump.

In response to Scalise's congratulatory tweet, Trump tweeted, "Congratulations to Louisiana’s Champions. See you at the White House!"

Congratulations to Louisiana’s Champions. See you at the White House! https://t.co/Qadi7uD5U4