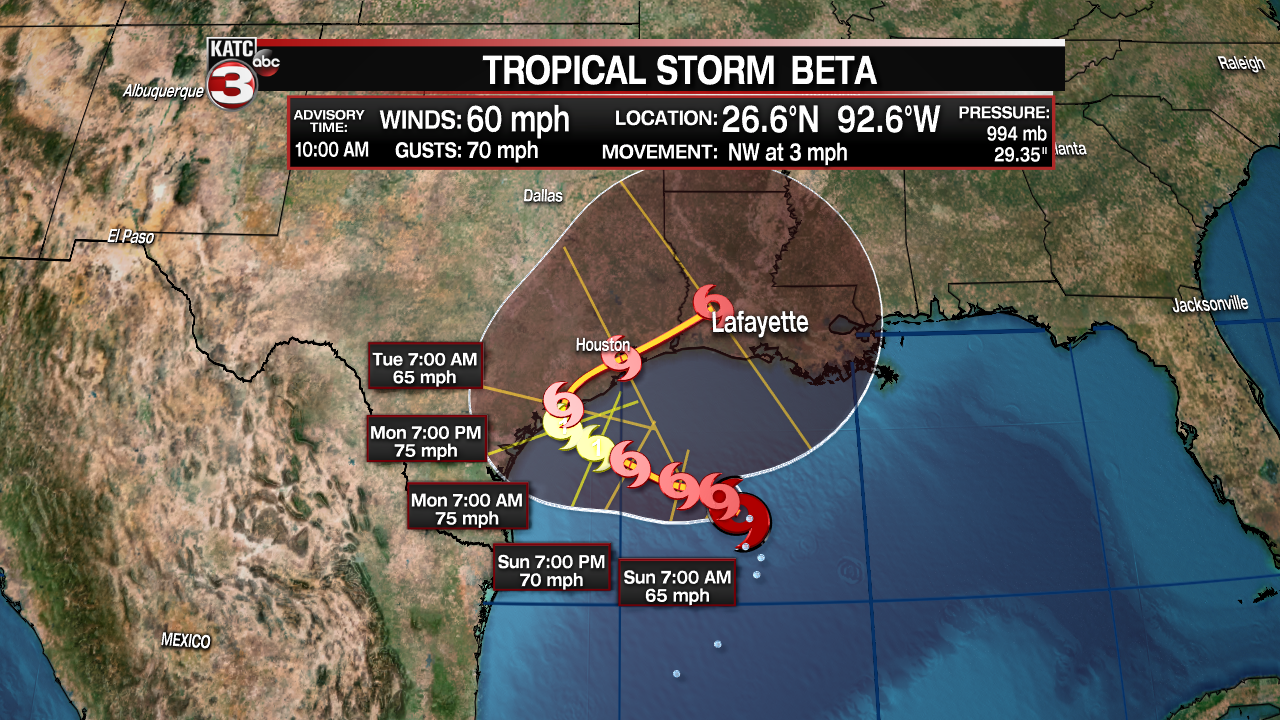 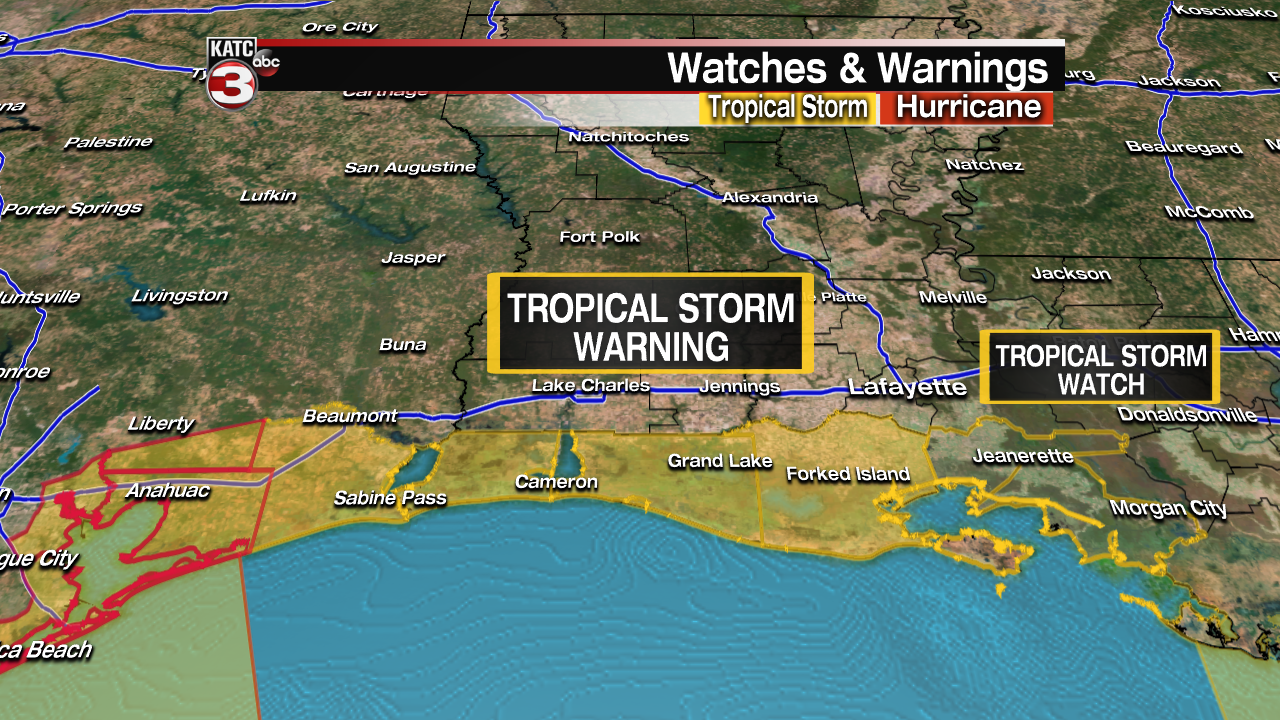 There's a few changes with the latest guidance from the National Hurricane Center, and it looks like there will probably be a few more with the later advisories that will be coming out later Saturday evening.

Taking a big picture perspective the track has shifted slightly west from where it previously was located, and the turn to the west may well be underway already with slight ridging building in the Gulf of Mexico.

Additional changes in the track may be necessary later Saturday afternoon to drop a Texas landfall a little further south, and based on current structure and set up maybe even a slight drop in intensity.

Residents under the warned area can anticipate the arrival of tropical conditions in the next 36 hours, a deeper dive in the specific impacts and a general timeline will be discussed further down in the article.

There's some value in taking a look at the overall structure of Beta, along with the environment it sits in because it can give us clues as to how the forecast can pan out and tell us a little about the impacts from this storm.

Most noticeably has been the impact that shear has had on this system there's been some strong southwesterly shear in that part of the Gulf of Mexico which has blown the worst weather east of the center while also exposing the circulation to some try air.

The dry air will be persistent antagonist to the storm sitting in the west and the intensity of the storm will largely depend on how well Beta can protect itself from this dry air,
there are some signs of convection close to the center which may be able to seal it off.

That burst of convection may indicate some slight intensification which is indicated in the NHC track which still has Beta becoming a Category 1 hurricane by the end of the weekend prior to landfall on the Texas coast.

Models seem to be a little less bullish on Beta during the mid morning run, and seem to think that the shear will continue for a little while longer than originally thought if that continues into the late runs it would seem like the NHC may update the intensity forecast accordingly.

While the shear is good for limiting the overall strength of the storm it does mean the impacts are being blown a little further east, which means earlier impacts along south Louisiana which could begin late Saturday and early Sunday.

So far most of the rain has stayed in southeast Louisiana but as it shifts west it would begin to pull those showers along with it, so be ready for on and off downpours on Sunday, and maybe as early as Saturday night along the coast.

The slow moving nature of Beta will mean rain chances will be elevated getting into next week which is when flash flooding may be an issue, right now it looks like we could be seeing 4-8" of rain with isolated areas seeing closer to a foot.

That won't necessarily arrive all at once, however, heavy downpours and rapid rain rates could make it hard for the ground to drain so flash flooding (especially in the problem areas) will need to be looked out for next week.

The biggest cause for concern is hotspots offshore registering 20-30" of rain and if the storms drifts enough and starts to pull those types of rain rates onshore it would lead to much more problematic rain.

As long as those hotspots stay offshore we'll be okay but if you notice them trending onshore over the next couple days it could be an indication we have a lot more rain on the way, so we'll simply keep an eye on them for now.

Surge should stay fairly manageable with this storm with 1-3 feet of surge expected in coastal Acadiana which could lead to some minor coastal flooding, further wet in Cameron Parish the surge may reach as high as 4 feet.

Tropical storm forced winds can be felt in south west Louisiana as Sunday evening, but most of Acadiana will be dealing with simply breezy, gust conditions through the rest of the weekend.

There are some encouraging sign with the forecast, but you don't need me to tell you how fast things can change, and regardless it looks like we will have a wet week next week so we can't let our guard down.

There will still be changes in the forecast, undoubtedly and as the details evolve we will get them out to you.