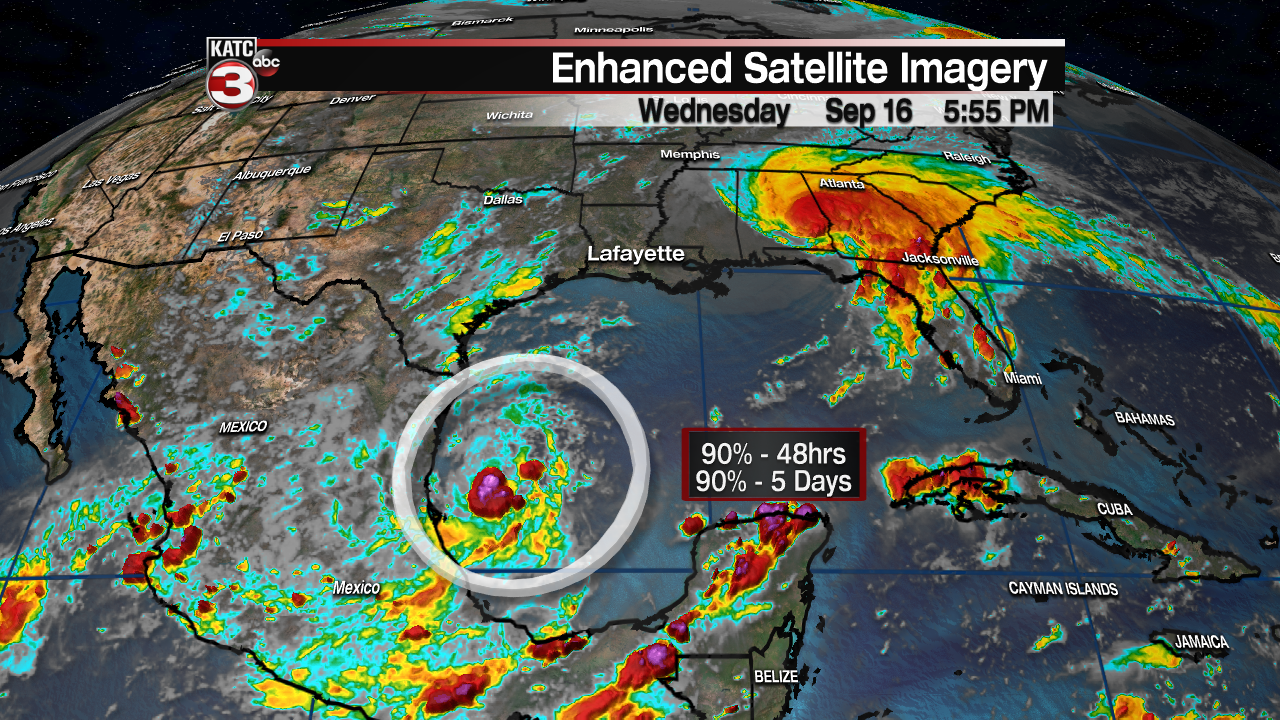 As we get to the tail end of September we could finally see our first little taste of fall as drier, cooler air will be able to push into Acadiana.

Temperatures will sit in the mid to upper 80s this weekend and lows will even drop down into the 60s. This would be the first chance we've really had to cool off.

Clouds will be with us late Thursday and through the day on Friday as a front establishes itself offshore. This could open the door for some showers out in the Gulf of Mexico.

There is drier air on the way which looks to establish itself for a while in the area and will keep those temperatures a little cooler than what we've been used to the last several months.

There's a disturbance that will likely be a Tropical Depression or Tropical Storm Wilfred by the end of the day, making it the final storm before we get into the Greek alphabet.

It's almost impossible at this time to talk with any certainty about the future of Wilfred since the steering pattern is very weak which would make this one of those drifting storms.

One line of thought is that this storm follows a weak front to the west and moves toward southern Texas, before maybe drifting back out into the Gulf of Mexico.

The other is that a weak storm, but heavy rain maker, drifts north through the Gulf of Mexico toward the central Gulf Coast.

Hurricane hunters will be down investigating the storm on Thursday and we'll be able to start figuring out this next storm.