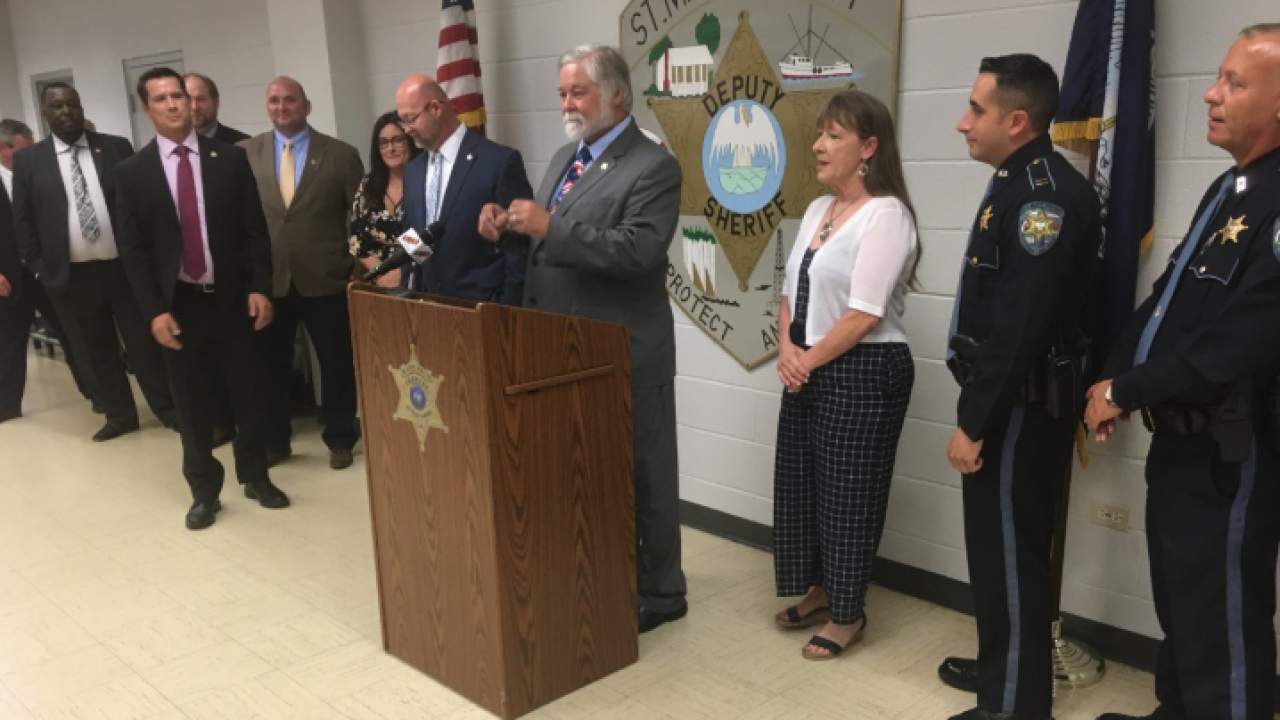 Smith was re-elected in October, winning 55 percent of the vote and rebuffing two challengers in the primary.

Smith is a U.S. Army Combat Veteran having served in the Vietnam War. He has 47 years of experience in Law Enforcement, as a Reserve Officer, Part Time Officer, and Full Time POST Certified Officer.

He retired from St. Mary Parish Sheriff's Office in December of 1994 at the rank of Chief Inspector. He served in Chitimacha Tribal Police Department, working up to the Chief of Police. Sheriff Smith also held a Federal Commission through the Department of Interior for the Bureau of Indian Affairs.

He was first sworn in as Sheriff in 2018, to serve the remainder of the last term of former St. Mary Parish Sheriff Mark Hebert, who retired early.

"As you know, I'm a hands-on sheriff," said Smith. "I don't mind going out and patrolling and going out in the middle of the night to help out, but the most important thing is to talk to people in the community. People need to have a voice and I want to be there for them."

Four sheriffs were re-elected without opposition:

In Acadia Parish, K.P. Gibson was re-elected without opposition. He took the oath of office for his new term recently; here's that story.

In Calcasieu Parish, Tony Mancuso was unopposed for this third term; he took the oath of office for his new term in February.

In Jeff Davis Parish, Ivy Woods was unopposed as well.

In Lafayette Parish, Mark Garber was re-elected without opposition. He took the oath of office for his new term recently; here's that story.

And, in three parishes, the incumbent for sheriff decided not to run again, and those parishes will soon have new sheriffs:

In Evangeline Parish, Charles Guillory was elected sheriff from a field of seven candidates.

In Iberia Parish, Tommy Romero was elected sheriff out of a field of six candidates. His swearing-in is set for Wednesday.

And, in St. Martin Parish, Becket Breaux was elected from a field of three candidates.