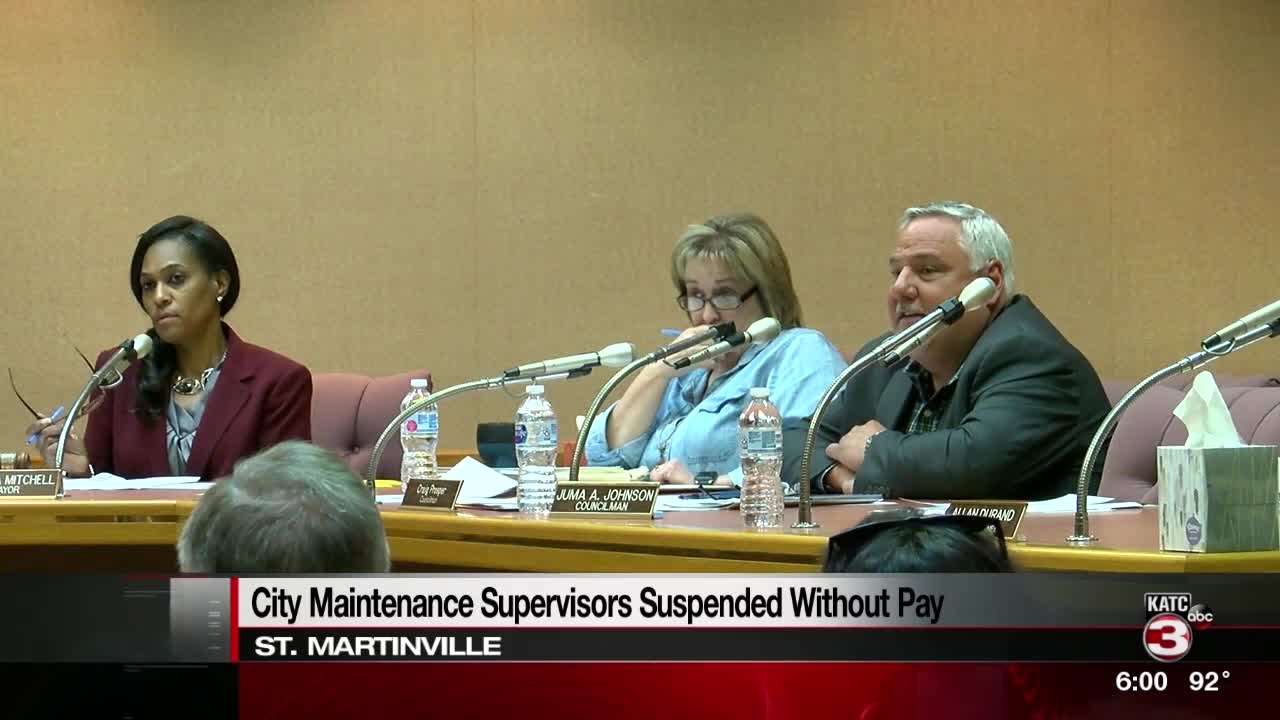 For the second time this year, the St. Martinville City Maintenance Supervisor is suspended without pay.

Mayor Melinda Mitchell suspended Brian Touchet, claiming that he and his crew were working on private property while using city tools on city time.

The mayor said she received a complaint Friday, August 9, saying Touchet and his team were cleaning up property that belonged to a councilman's brother.

When she questioned Touchet, Mitchell said he "got upset, slammed my door, and used choice words as he walked out."

Touchet, on the other hand, said he did not disrespect the mayor nor curse at her.

According to Touchet, his crew has been working to clean up blighted property.

He explained the city has rules in place when the property owner does not clean their property. He said the city cleans the property and then charges the owner.

KATC Investigates has a pending public records request with the city for copies of the complaints against Brian Touchet, any photos or videos of city employees working on private property, as well as a copy of the letter outlining Touchet's suspension.

His suspension will go before the city council on Monday.